We look at the changes in the size and make-up of the English population, as well as trends in life expectancy, changing households and health inequalities, over the next 20 years. 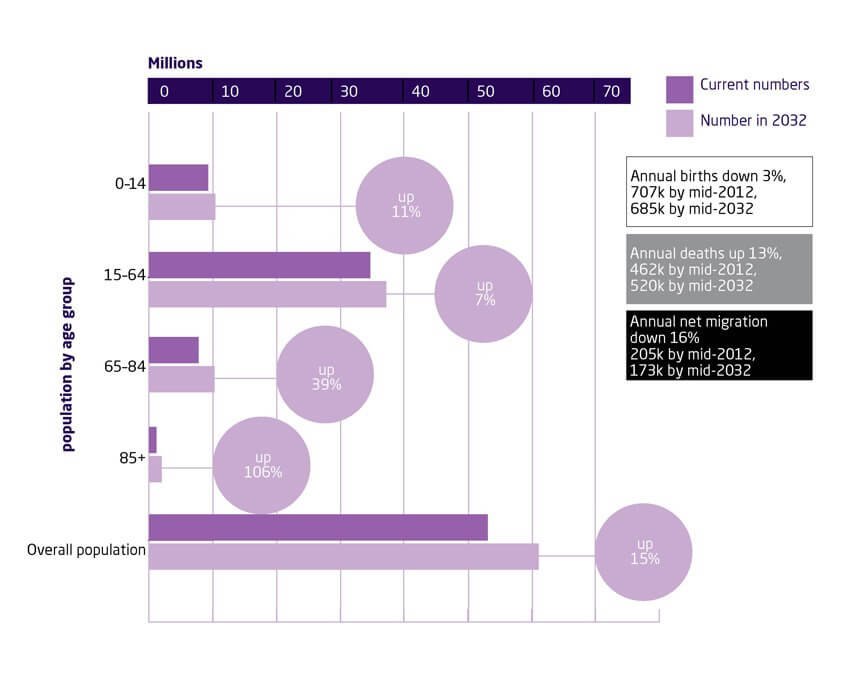 The population size in England is expected to grow by 8 million by 2032 – approximately 4.5 million from natural growth (births-deaths) and 3.5 million from net migration1 . 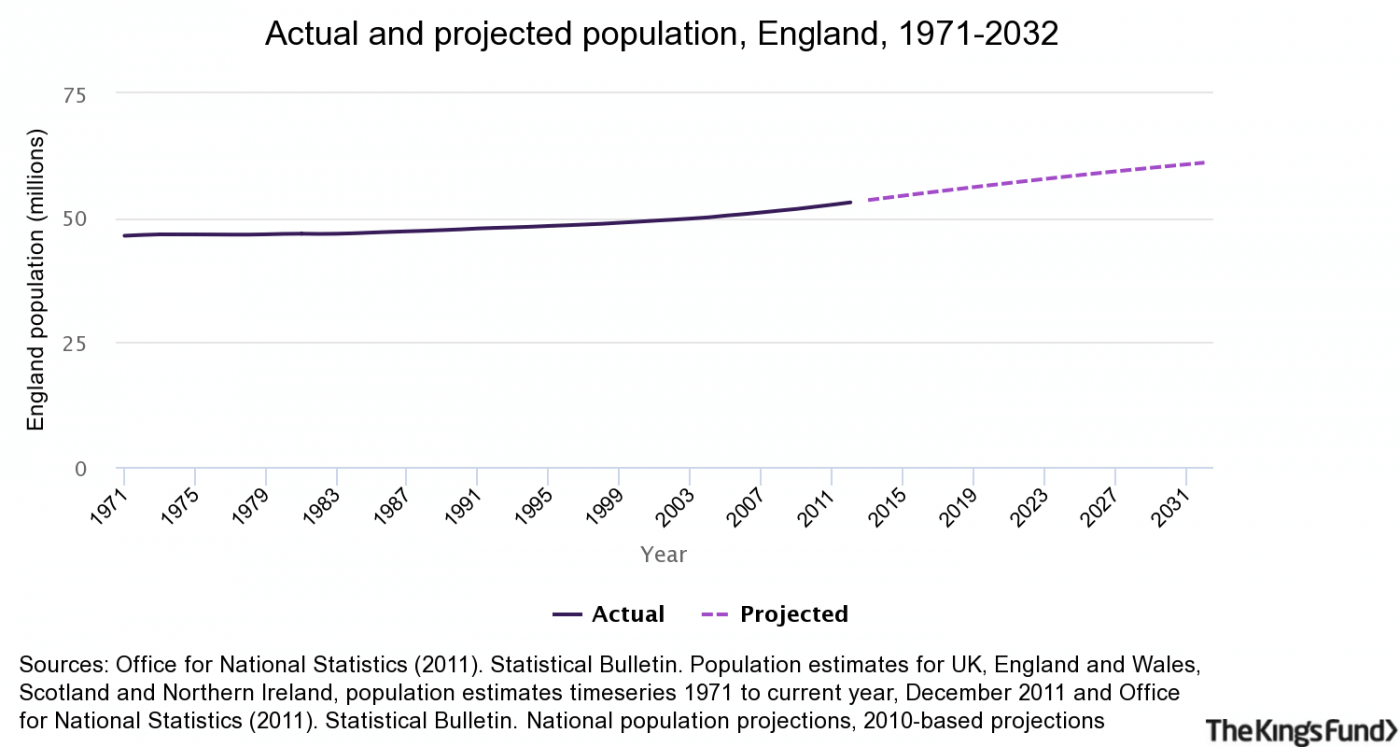 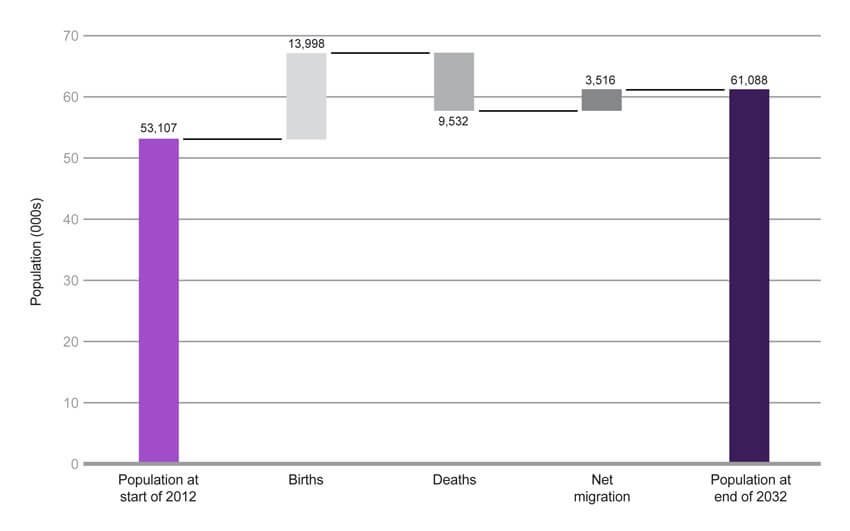 Changes to the ethnic composition of the population

By 2031 minority ethnic groups are estimated to make up approximately 15 per cent of the UK population, up from 12 per cent in 2011. The increase is driven not only by the impact of migration but by differences between fertility rates of some ethnic groups1 .

Across England, mixed populations are the fastest growing, followed by newer immigrant groups and traditional communities of South Asian origins. London has the greatest diversity in its population and by 2031 ethnic minority populations are predicted to rise to 37 per cent of the total2 .

In addition, roughly 5 per cent of the population of England and Wales move local authority every year. The impact is not evenly felt, as some cities and regions have very high population change – as much a 20 per cent every year in some London boroughs2 .

Migration trends can affect the population size indirectly; for example, the fertility rate of mothers born outside the UK is significantly higher than that of those born in the UK3 . 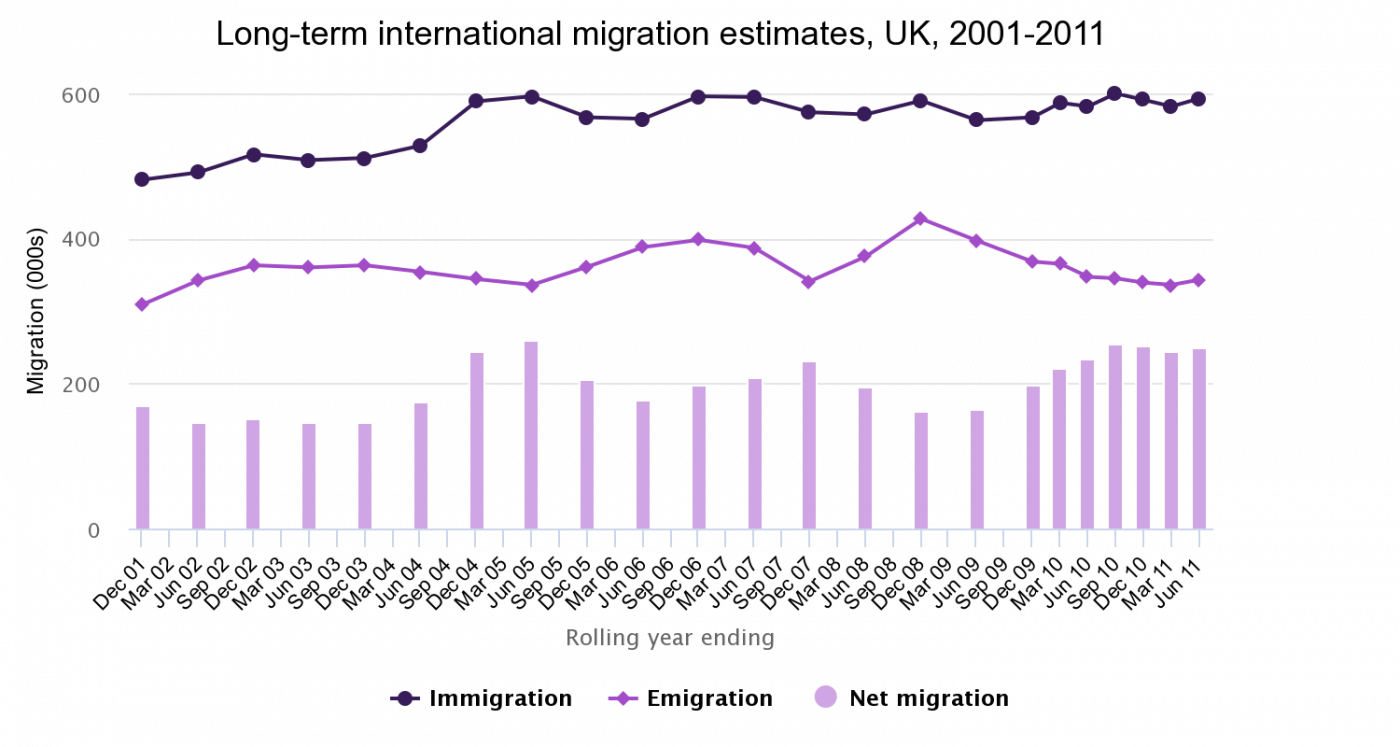 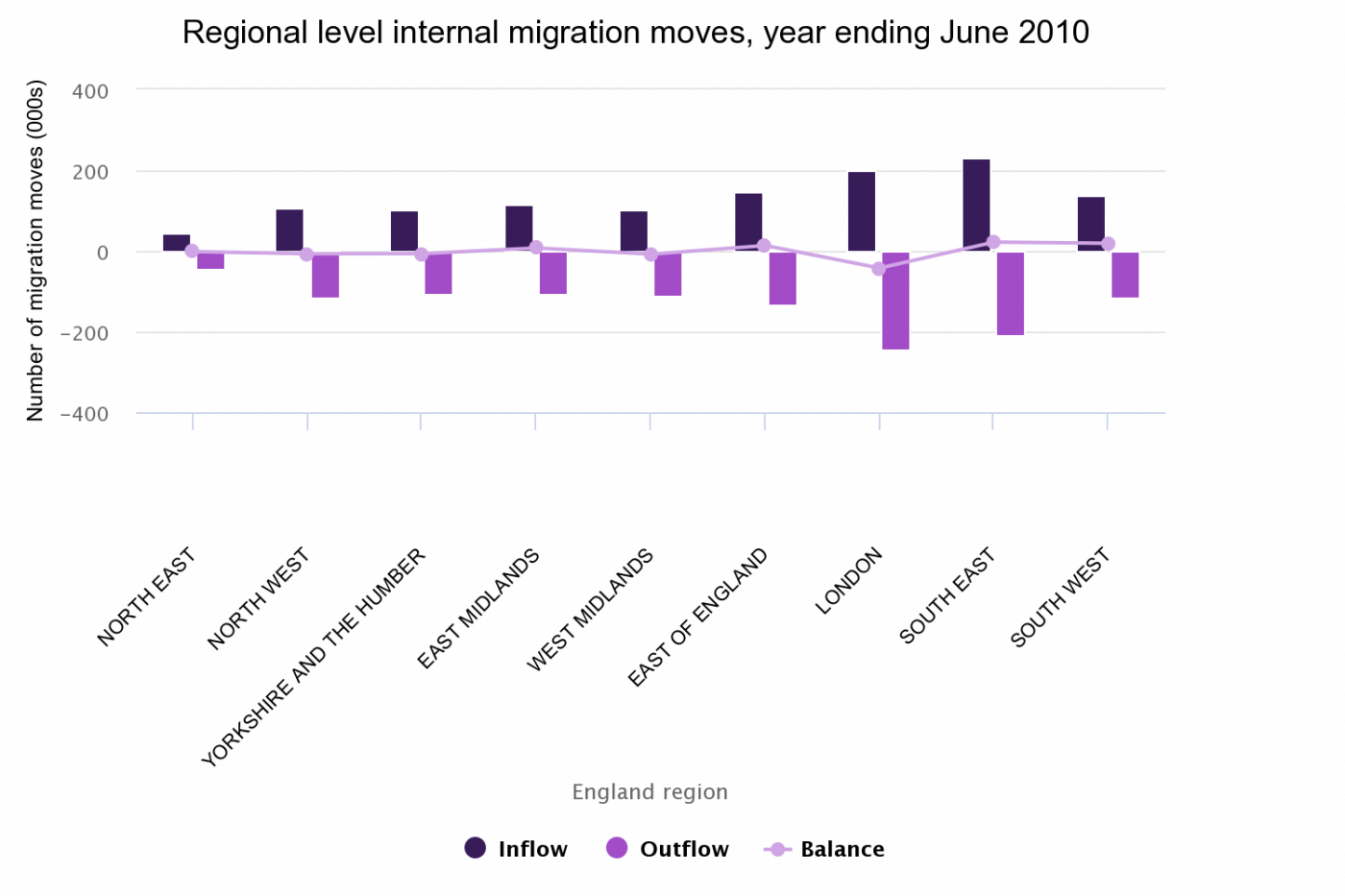 Family and household structures have changed significantly over the past 50 years and this looks set to continue.

Households occupied by people living on their own 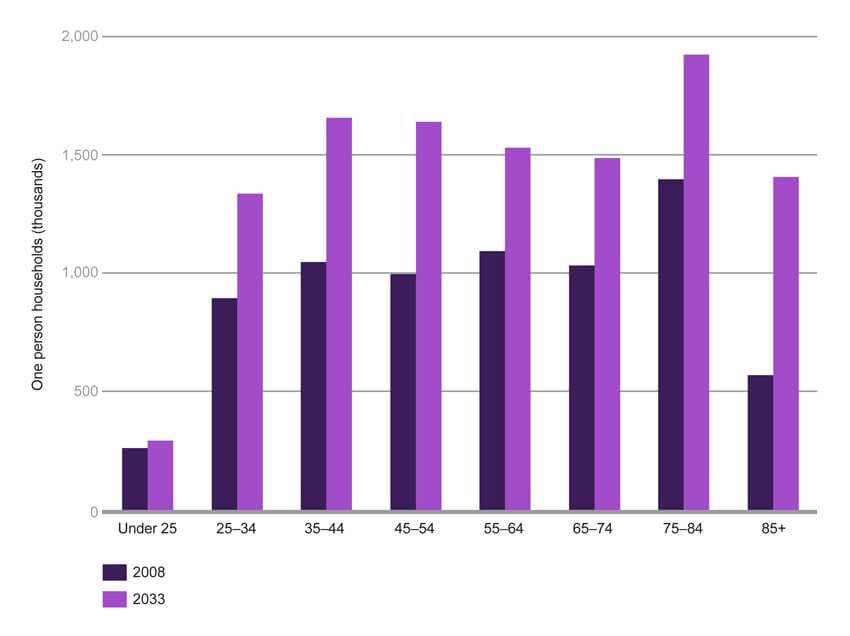 At the same time, family structures are becoming more complex. There has been a decline in marriage and a growth in cohabiting. Over one in three (35 per cent) of all marriages are now remarriages (3). Stepfamilies are the fastest growing family forms in Britain, accounting for one in ten of all families3 .

Birth rates fluctuate significantly. Between 1993 and 2002 the annual number of births fell, but the number has been rising since. Between now and 2032, the number of live births is projected to fluctuate between 680,000 and 730,000 births per year1 .

The percentage of childless women is expected to remain around 17 per cent4 . 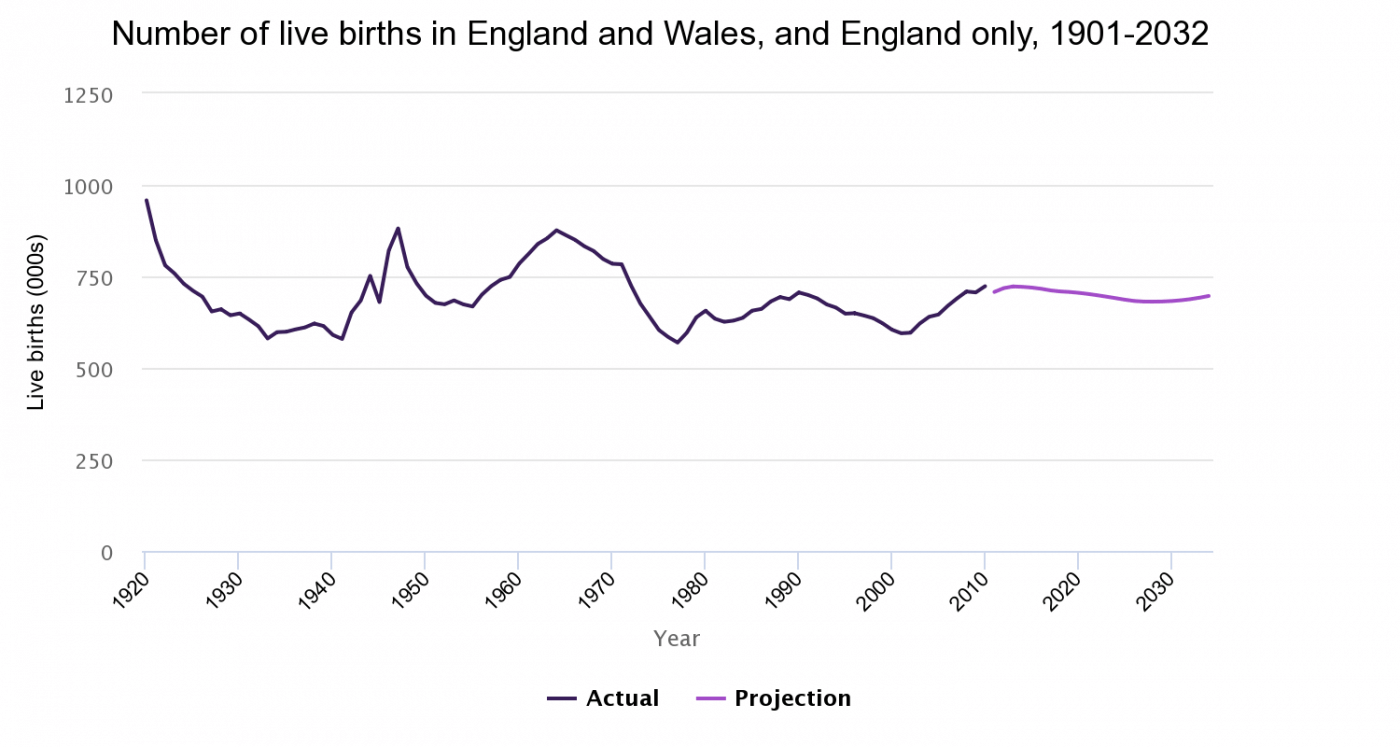 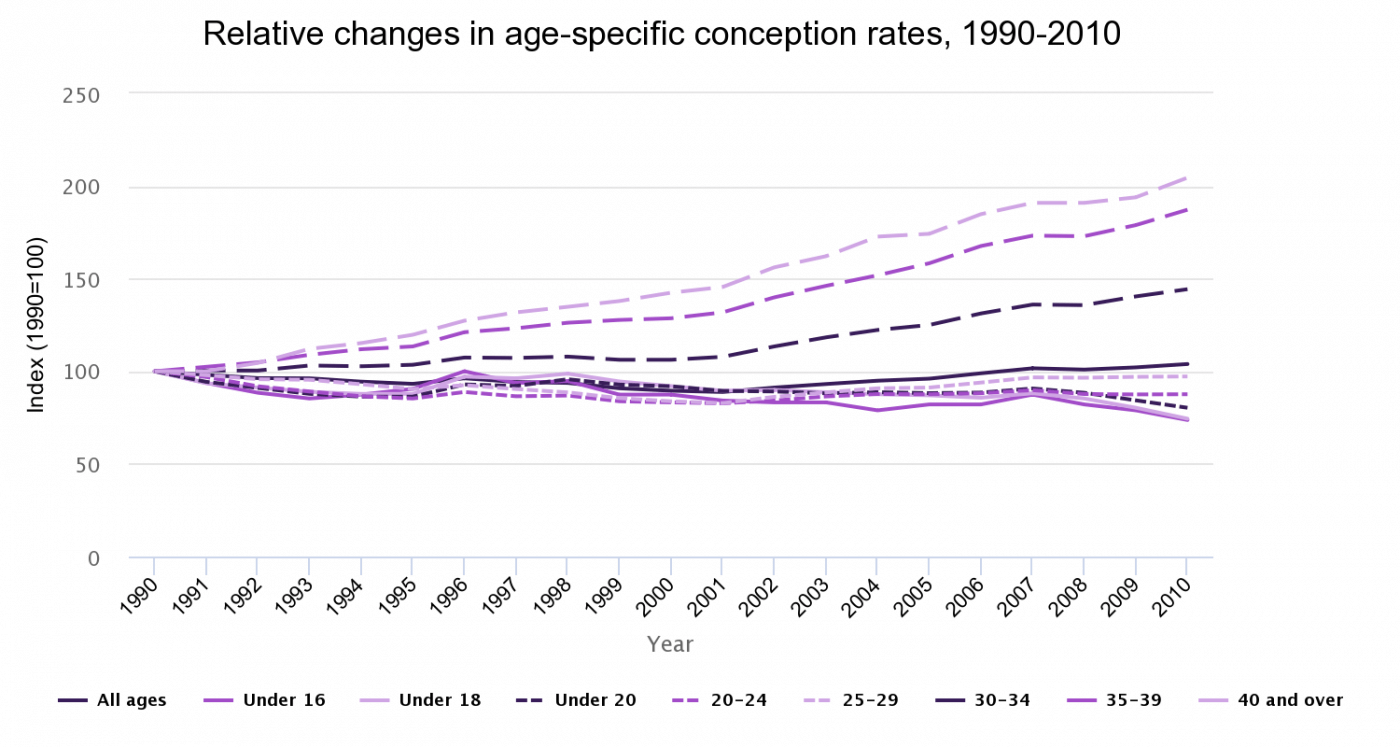 This projection is based on the current trend. The precise extent of the increase will depend on patterns of disease and the population lifestyle. Predictions by the Office for National Statistics over the next 70 years show a possible variation of 20 years by 20853 .

Actual and projected period expectation of life at birth, England, 1981-2085

Life expectancy at birth is the average number of years that a person can be expected to live from birth, assuming that age-specific mortality levels remain constant.

There are important socio-demographic differences in healthy life expectancy. Not only can people from more deprived populations expect to live shorter lives, but a greater proportion of their life will be in poor health.

The length and quality of people’s lives differ substantially. Some of these differences are unavoidable  (eg, genetic differences) or random (eg, accidents). However, as discussed elsewhere, factors that are amenable to change, such as socio-economic status, education and quality of one’s immediate living environment, also play a significant part, leading to large inequalities in life expectancy.

The gap in life expectancy between rich and poor persists. After some fluctuation, the gap is larger now than in the early 1970s. Men and women from the richest social class can on average expect to live more than seven years longer than those in the poorest social class5 .

People born in the baby boom just after the Second World War will reach their late 80s by 2035 – and are more likely to reach that age than the previous generation. 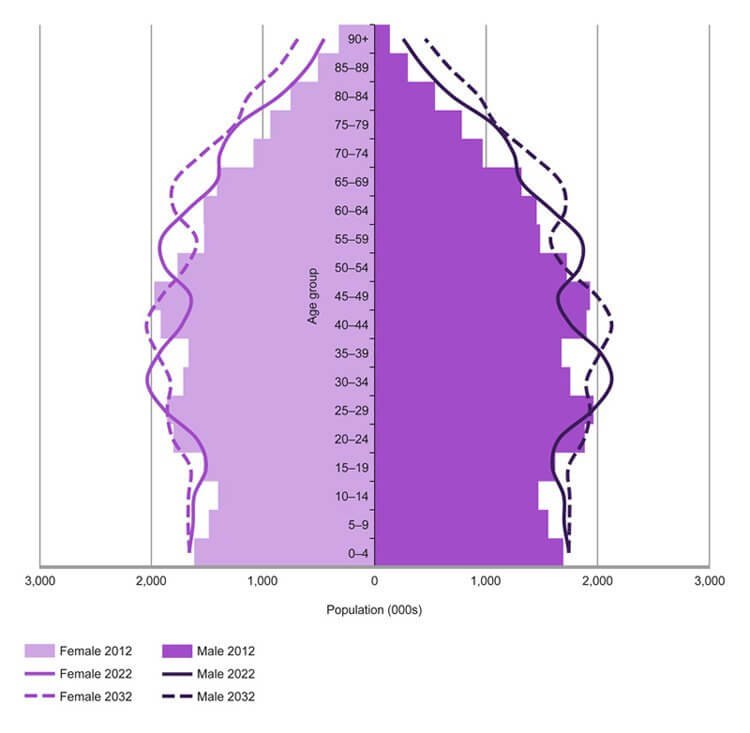 The impact of the ageing population

The impact of the ageing population on health and social care services is hard to predict. It may lead to increased costs or the growing number of older people may create new economic and social opportunities.

Factors suggesting that the ageing population will increase costs 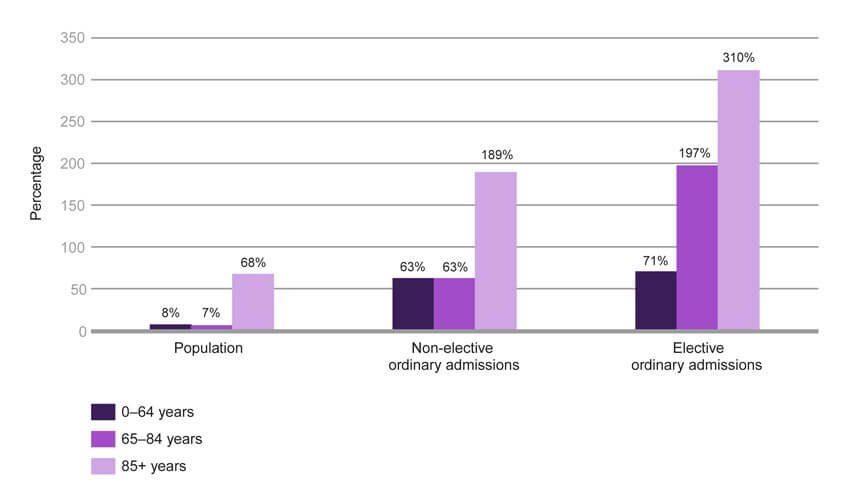 Source: Figures obtained through correspondence with the Department of Health

If current working patterns continue, the ‘old age dependency ratio’ (that is, the number of people over the state pension age for every 1,000 people of working age) is likely to increase: 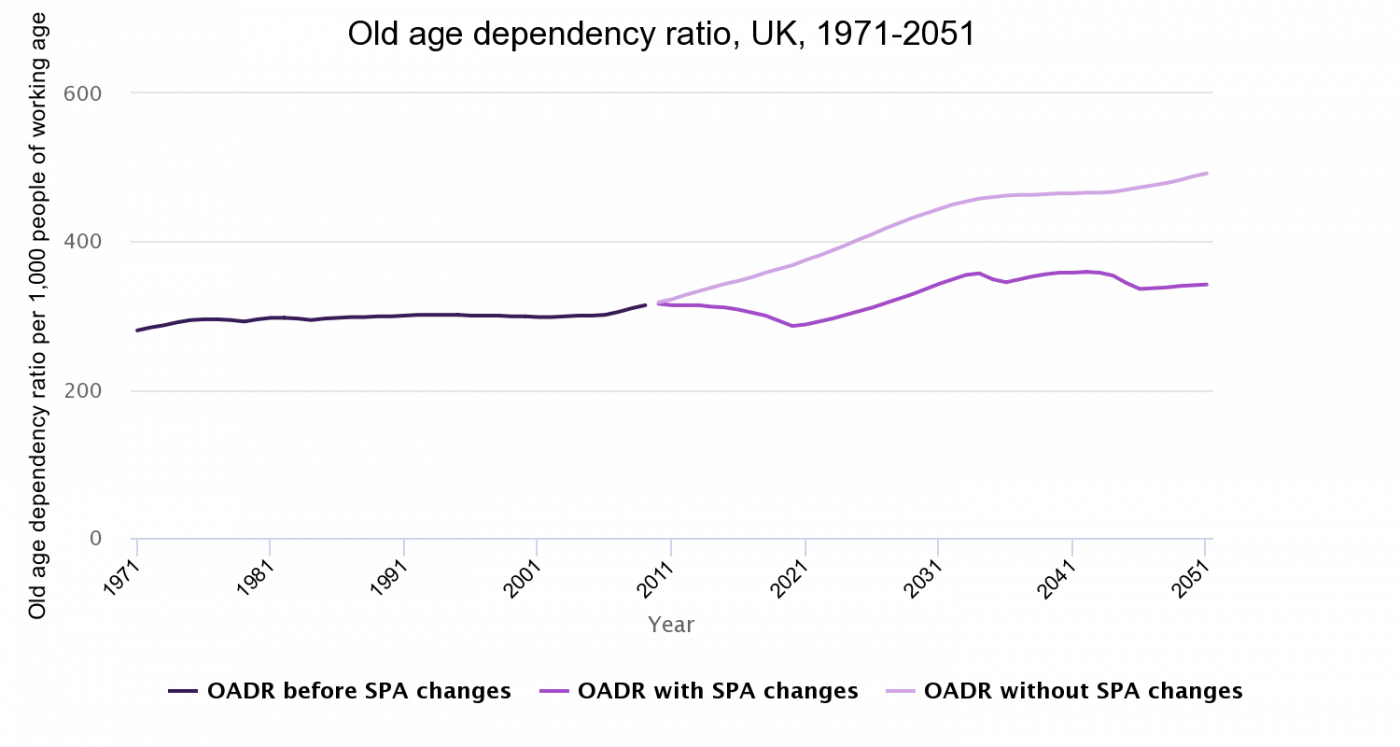 After deduction of the costs of pensions, welfare and health care, the Women's Royal Voluntary Service have estimated that the over-65s make a net contribution to the UK economy of £40 billion through tax payments, spending power, donations to charities and volunteering (3).

The Office for National Statistics estimated that over the past decade, an increasing number of older people (those aged 65 and over) are in work. In October to December 2010:

Older people also contribute financially through a variety of other routes, including:

If people can stay healthy for longer, they will remain engaged members of society.

Death projections for England on its own show an increasing trend for both males and females from 2012 to 2032. Over this period male deaths are expected to grow by 20 per cent and female deaths by 9 per cent1 .

Death registrations and projections by sex, 1963 to 2032, England & Wales and England 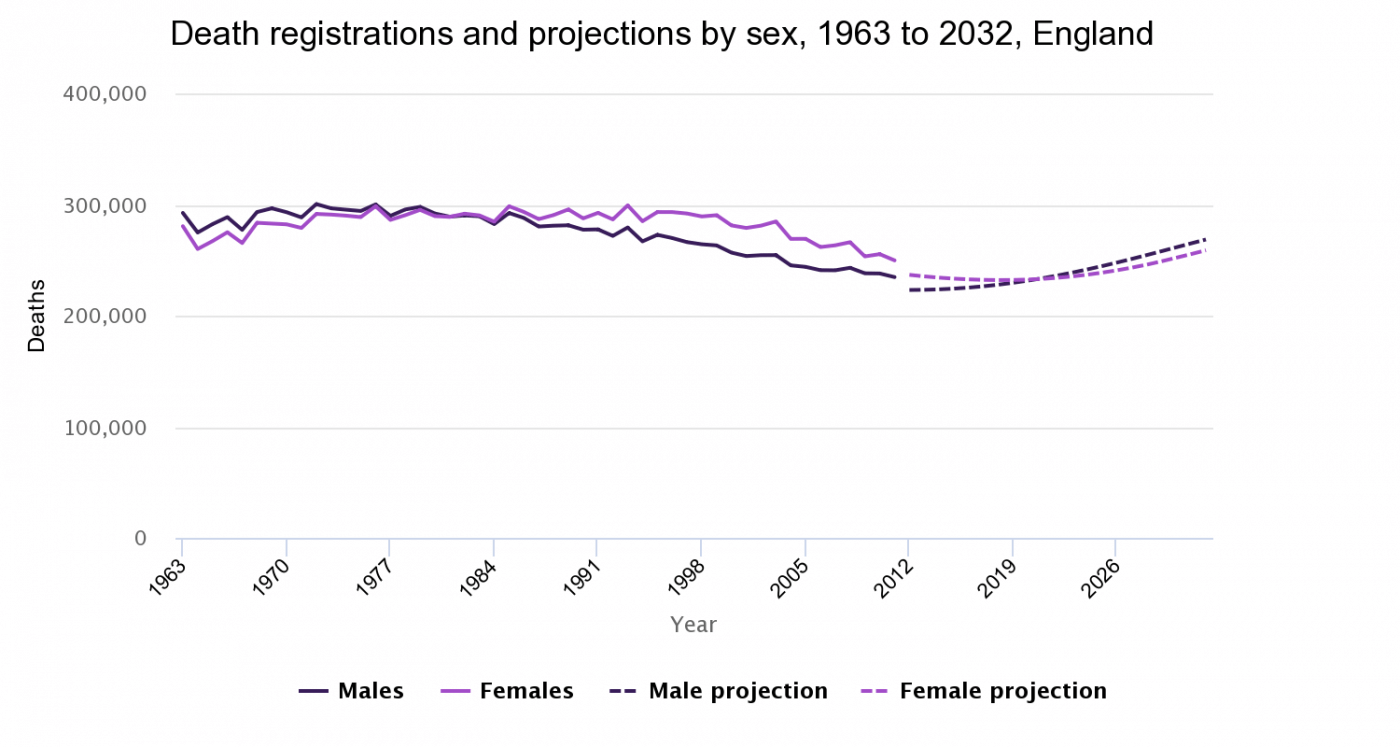