To mark the BBC's coverage of the NHS's 70th birthday in July 2018, researchers from the Health Foundation, the Institute for Fiscal Studies, The King’s Fund and the Nuffield Trust have joined forces for the first time, using combined expertise to shed light on some of the big questions on the NHS.

The four organisations have been asked by the BBC to look at five key topics, covering the relative strengths and weaknesses of the health service, the state of social care, NHS funding, the public’s expectations of the NHS and the potential of technology to change things in future. This project and the reports we have produced are intended to inform the national conversation about the past, present and future of the NHS.

Find out more about this series >

This first, main report, How good is the NHS? uses OECD data and a range of other public sources to compare the NHS to health systems in 18 similar developed countries, including France, Germany, Italy, Japan and the USA. It looks at three aspects of what we might mean by a good health care system: the speed and accessibility of care, the efficiency of the system, and the outcomes delivered for patients. It also sets the scene by looking at what the health service has to work with, so that we can consider whether it is doing a good job given the circumstances.

The report finds that the NHS performs neither as well as its supporters sometimes claim nor as badly as its critics often allege. Compared with health systems in similar countries, it has some significant strengths but also some notable weaknesses.

Key strengths of the UK’s NHS include:

Given limited or patchy data in certain areas and the inherent complexity of making comparisons internationally, this analysis does not provide us with the final word, but rather a set of issues to address as we look forward from the health service’s 70th birthday. The five reports we have produced look at some of the most important issues affecting its future. The NHS is a system set up to deliver the best care to everybody in the UK, and its staff believe deeply in this mission. The most fitting birthday present the service could receive would be a national discussion about how government, society and the public can work with it to realise this goal more successfully than ever.

The NHS at 70: other reports from this series

The NHS at 70: What's the problem with social care, and why do we need to do better?

Social care is complex, poorly understood and widely perceived as unfair – while facing unprecedented pressures. This paper explains the current pressures on social care, the impact this is having in England, and sets out the barriers and potential solutions to funding reform.
Report

The NHS at 70: Does the NHS need more money and how could we pay for it?

The UK government spends £150 billion every year on health – more than twice what we spent less than 20 years ago at the start of the 2000s. But might the NHS still require more funding, and if it does how could we find more money?
Report

The NHS at 70: What will new technology mean for the NHS and its patients?

Technology is rarely the saviour of health services in the way that politicians hope – at least in the short term. It takes time to implement, requires shifts in workforce, and investment – posing real dilemmas for a cash-strapped NHS.

Findings of a landmark new analysis of the NHS in an international context, published for the BBC as part of their programming for the NHS’s 70th birthday.

Although we have technically moved out of winter, the latest performance data paints a picture of continuing pressure on NHS staff and services. While A&E departments understandably received much of the focus over the winter months, a quieter decline continues in waiting times for planned (elective) care.
Report 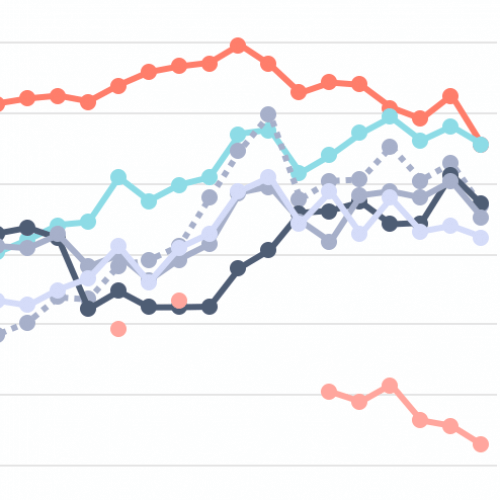 Public satisfaction with the NHS overall has dropped sharply in the past year and dissatisfaction is at its highest level since 2007.
Poll results

The NHS at 70: public perceptions

Results of polling conducted by Ipsos MORI for the Health Foundation in partnership with The King’s Fund, Nuffield Trust and the Institute for Fiscal Studies to mark the 70th anniversary of the NHS.

The current rhetoric from ministers is that waits for elective care will ‘get worse before they get better’. But what will the ‘better’ part of ‘build back better’ look like for elective care?
Press release

Finding it difficult to visualise the size of the elective care challenge facing the NHS? Deborah Ward explains how big ‘big’ really is.
Blog