This commissioned report builds on the overview of the Montefiore Health System we published in April 2018 and explores building primary and community care, managing patients with complex needs, supporting infrastructure, and elements of a high-performing system.

Every day in New York, the number 4 train running from Brooklyn to the Bronx achieves an astonishing process of social segregation. Picking up the train in midtown Manhattan, you join a representative mix of the New York population: suited professionals, manual workers, children going to school. As the train crosses 85th Street, running parallel to Central Park, the residents of the Upper East Side above you have an average household income of $180,000; smoking, obesity and chronic diseases are well below the national average; life expectancy stands at 85, better even than Japan.

By the time you cross 150th Street, the heart of the Bronx, almost all the white people and all the suited professionals have exited the train. Average household income has shrivelled from $180,000 to just $45,000; unemployment has doubled; in the South Bronx, 65 per cent of children are born into poverty. From 85th Street to 150th Street, life expectancy drops by a decade: 6 months for every minute on the subway; 3.2 years for every mile travelled. The residents of projects in Fordham Heights might glimpse Trump Tower in the distance but, like the view from Oldham to Manchester, or Tower Hamlets to the City of London, the wealth there may as well be on another planet (County Health Rankings 2018; Virginia Commonwealth University 2016).

Few health care organisations have been a match for such inequality. The social and environmental forces propelling poor people into sickness are too great; the tools of traditional health care – the pills and the operations – inadequate to the challenge. Yet the Montefiore Health System, a ‘safety net’ health system in the heart of the Bronx, has found ways of helping even the most deprived, while contributing to the recovery of a struggling community. It has done so, in large part, by stepping beyond the bounds of conventional health services.

About this case study

This case study is based on interviews conducted by The King’s Fund with more than 25 senior leaders, doctors, nurses, managers and other staff within the Montefiore Health System. It also draws on publications on Montefiore and health and social care in the Bronx. The Fund decided to complete a case study of Montefiore because of its high performance scores within the Pioneer accountable care organisation programme and its reputation for innovation and excellence in managing population health. The Fund relied on information provided by interviewees and did not itself validate assessments of Montefiore's performance. We are grateful to 3M, one of The King’s Fund’s corporate partners and a supplier to Montefiore, for contributing funding for the case study. The King’s Fund retained sole editorial control and the contents of the report and conclusions are those of the Fund and the author.

The Montefiore Health System in New York: integrated care and the fight for social justice 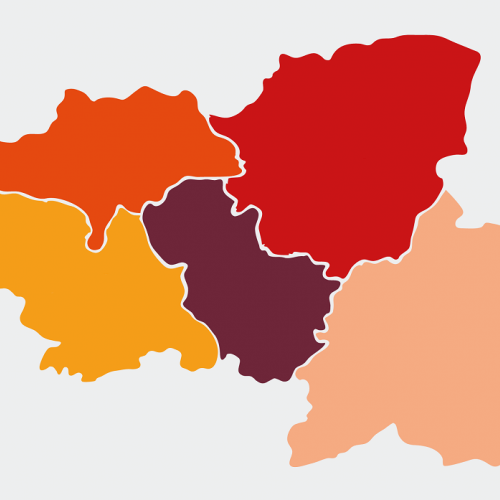 NHS England has recently changed the name of accountable care systems to integrated care systems. Our updated long read looks at work underway and makes sense of all the terminology.
Video

Stephen Rosenthal and John Williford talk about the approach of the Montefiore health system, and why their integrated approach to health care has been so successful.
Paid event

The Montefiore Health System in New York: key factors for high performance and learning for the NHS

The paper provides some clear insight into how a systems can be developed over time, especially if politics does not get in the way. However to compare this to the NHS system would be difficult, when the NHSi, NHSe, NHS digital, Commissioners, local authorities, acute and mental health providers, community services, federations, NHS property, primary care and independent contractors have different agendas and are performance managed as separate entities. Montefiore model was able to commission, control, direct, develop and enhance not just hospital services but also community, social services and primary care services, vertical and horizontal integration and make decisions on capital and estates. Something not available in the current NHS way of working. The model reads well and may even feel as if there is a better method out there and not withstanding the opportunity to learn from the model, but not wanting to sound pessimistic, not much of the structural performance regime is changing in NHS any soon.

"The Fund decided to complete a case study of Montefiore because of its high performance scores within the Pioneer accountable care organisation programme and its reputation for innovation and excellence in managing population health. The Fund relied on information provided by interviewees and did not itself validate assessments of Montefiore's performance."
This is propaganda in other words. The Kings Fund is losing its way.

As the health and care system heads into a time of far-reaching reforms, David Buck and Richard Murray look at the opportunities and challenges ahead for how the new public health system and ICS will relate and work together in the future.
Press release

This briefing explores the role of the NHS in tackling obesity, focusing on how the NHS can work with local partners and engage with communities to deliver targeted interventions to treat and prevent obesity.
Blog