Smoking prevalence has decreased to one in five in England, but the socio-economic divide persists.

Smoking is the single greatest cause of preventable deaths in England. In 2010, around 18 per cent of all deaths in adults aged 35 and over were attributed to smoking. Smoking significantly increases risks of cancer, respiratory disease and circulatory disease. 36 per cent of deaths due to respiratory disease are linked to smoking. One in every two regular smokers is killed by tobacco and half of all smokers will die before the age of 70, losing on average 10 years of life (1).

The General Lifestyle survey shows that overall, smoking prevalence was decreasing in England but now seems to be levelling. The number of adults who reported smoking has decreased from 39 per cent in 1980 to 21 per cent in 2009 (2).

Currently 22 per cent of men and 20 per cent of women are regular smokers. The smoking ban on public places was introduced in July 2007. While there has been debate on how effective the ban has been, recent research suggests that it has been successful in reducing cigarette consumption among male heavy smokers, females and younger people, and is contributing to the long-run downward trend in smoking rates (3).

The socio-economic variation in smoking rates has become more marked. In 1992, there were 14 smokers from manual socio-economic groups for every 10 smokers from non-manual groups; in 2010, there were 22 for every 10 respectively. This is because the drop in rates is much greater in non-manual groups – from 23 per cent to 13 per cent as opposed to the drop from 33 per cent to 28 per cent in manual groups. Smoking is the primary reason for the gap in healthy life expectancy between rich and poor (1). 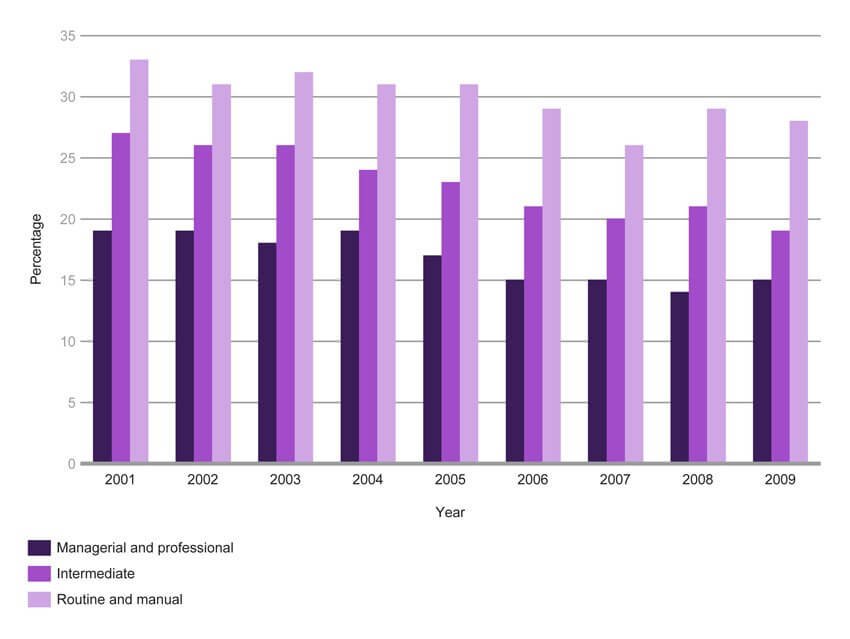 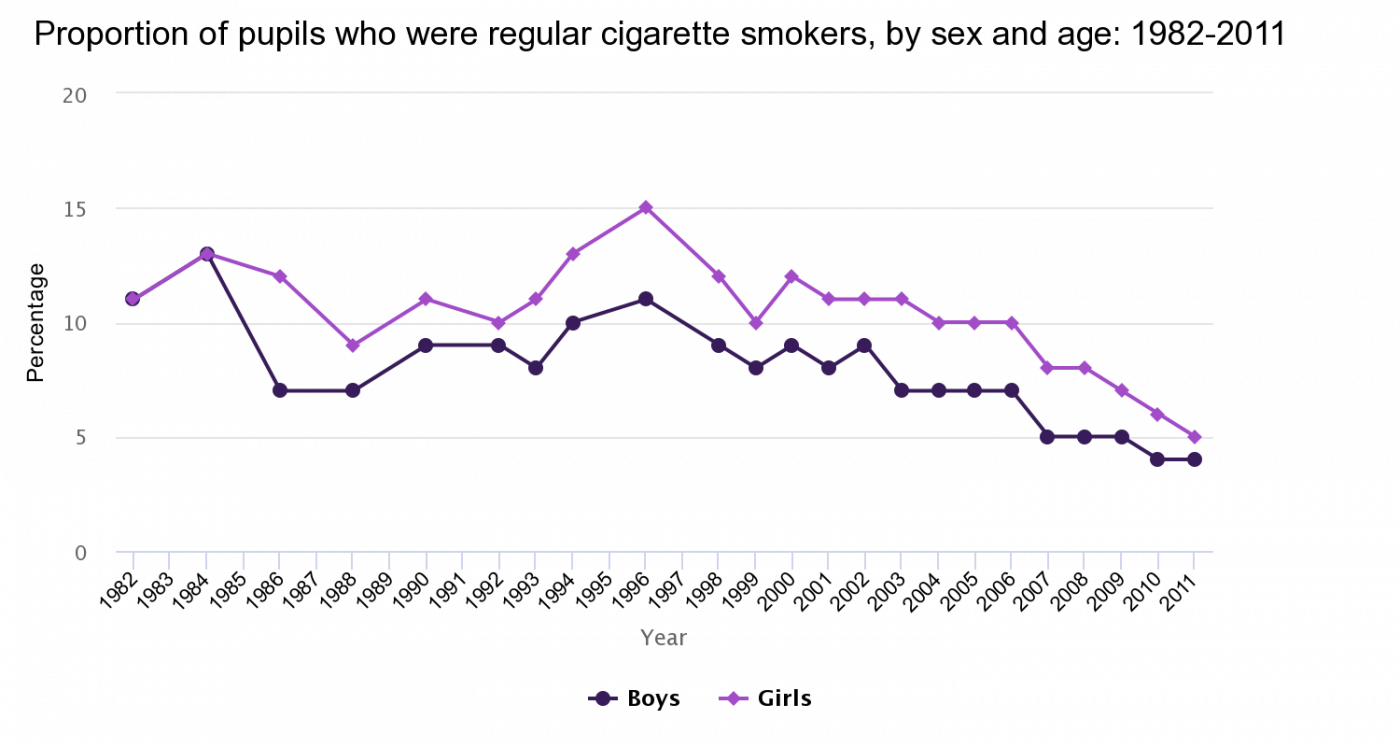 Source: NHS Information Centre (2010). Report. Smoking, drinking and drug use among young people in England in 2010

For more on young people and trends in health, see our pages on obesity, alcohol, drug misuse and sexual behaviour

Current trends in unhealthy behaviours show an overall improvement. However, we can still see marked socioeconomic inequalities within most of these. Looking ahead, there is concern that those from lower socio economic groups will find it even harder to lead healthy lifestyles. If this happens, the gap between the richest and the poorest in society might widen further.

David Buck, Senior Fellow in public health and inequalities at The King's Fund, explains the importance of reducing these inequalities in the future.

David Buck on health inequalities in the future by thekingsfund