By 2018 it is estimated that there will be 7 million older people who cannot walk up a flight of stairs without resting, and 1 million people aged 75+ who find it very difficult to get to their local hospital (1).

It is estimated that there are more than 570,000 people with dementia in England, and over the next 30 years that is expected to more than double to 1.4 million (5).

Dementia is becoming a critically important issue, in terms of both the high personal and social costs related to the disease, and the wider impact on other parts of the health and care system.

Demographic change will drive significant growth in the number of people with dementia, even though the percentage of older people developing some types of dementia (particularly vascular dementia) may decline as a result of reductions in hypertension and other risk factors (6).

Research suggests that approximately one in four patients in acute hospitals have dementia – and that these needs are not currently well responded to (7).

Staff in acute settings and care homes may need extra training in caring for people with dementia and delirium.

The cost of dementia will rise by 61 per cent to £24 billion by 2026 (at 2007 prices), with most of this cost being met by social care and by individuals and families rather than the NHS (8). Development of effective preventive interventions could save significant sums of money. 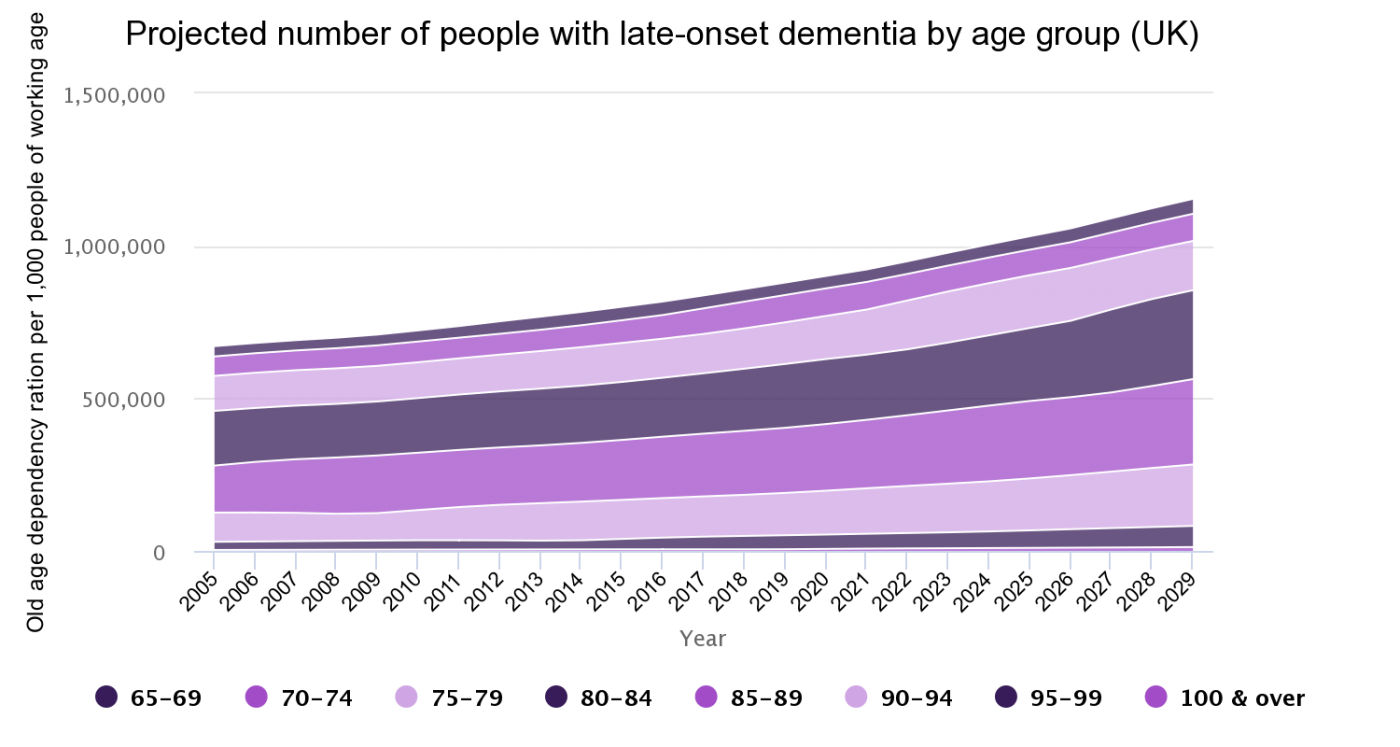