Imagine a line with 1,000 at one end and 1 billion at the other end, where does 1 million go on the scale?

About half of people asked this question will put it in the middle, which makes sense in terms of the language of numbers, evenly spacing a thousand, a million and a billion. But this is a long way off in terms of its value. As the image below shows, 1 million actually comes just after 1,000. 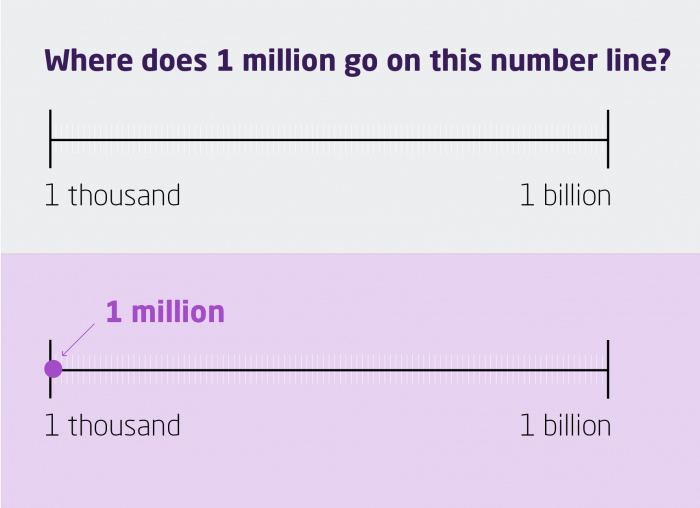 While most of us know the language of numbers and could count ad infinitum, big numbers are in reality an abstract concept – very few of us will ever physically count a million objects. This abstract nature makes them notoriously difficult to conceptualise and understand.

Thankfully the waiting list for elective care in England doesn’t need to be counted in the billions, but as it hits the highest level since current recording began, do we really understand the difference between the currently 5.7 million people waiting and the potential 13 million people waiting that some have predicted. How can we think about those numbers in a way that makes them more meaningful and easier to understand?

One way is to convert them to time. Imagine, if one patient from the waiting list walks into an NHS hospital every minute of every day (24 hours a day), then it would take 11 years for them all to enter the building, or 25 years if the list reaches 13 million.

While most of us know the language of numbers and could count ad infinitum, big numbers are in reality an abstract concept.

Another option is to convert the number to more familiar units, for example, for every consultant-led bed in the NHS in England there is the equivalent of 40 people on the waiting list, or 92 people if the number reaches 13 million. Now this isn’t an entirely fair comparison because not every person on the waiting list will need to be admitted to hospital, for example many people waiting for cataract surgery can be treated as an outpatient, but it helps give some sense of the scale of demand versus the available resources. We can also think about it in terms of staff. The majority of people on the waiting list will have been referred by their GP, who will also continue to support them while they are waiting for treatment. For every full-time equivalent GP there are 157 patients on the waiting list, or 359 if it reaches 13 million.

In moving these numbers from the abstract to the meaningful we can engage people in the conversation... and, most importantly, remind them that we are talking about patients not just numbers.

The waiting list for elective care is substantial and with all the pressures the health service is facing is going to be around for a long time. Those of us who talk about it should be thinking about how we play our part in explaining how big ‘big’ really is. And in moving these numbers from the abstract to the meaningful we can engage people in the conversation, enhance their understanding of what they really mean, and, most importantly, remind them that we are talking about patients not just numbers.

With the elective care backlog on the rise, Jonathon Holmes and Danielle Jefferies explore the relationship between waiting lists and deprivation and consider the causes and potential solutions. 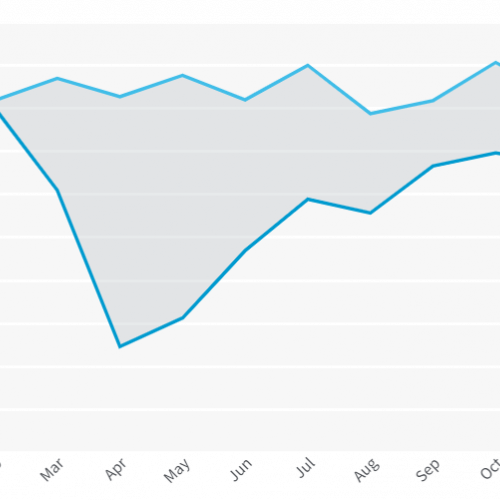 Waiting times consistently rank as one of the public’s main concerns with the NHS. Here we explore how long patients are waiting for treatment and what impact Covid-19 has had on the numbers.
Long read

Lessons from the 2000s: the ambition to reduce waits must be matched with patience and realism

As a result of Covid-19 waiting times for NHS treatment, already an issue before the pandemic, have grown to historic highs – or have they? Richard Murray compares current waiting times to those seen in the 2000s – and asks what we can learn from the last time the NHS tackled long waits.

The waiting lists mean nothing, it is the time waiting and the treatment offered while waiting. Most people receive treatment from their GP while waiting. Try being a transgender person the GP's are prevented or actively discouraged from offering any help. The time for a first appoinment was four years before Covid and at least 6 years now. This is not for treatment but a first appointment. Teenagers are prevented from receiving the treatment tht would prevent major problems in the future and the NHS has known they could not meet demand since 2013. Eating disorders and mental health are both bad as well. This is waiting lists or forced to pay and go private?

‘It is clear that the road to recovery will not be a smooth one for NHS services’ : The King’s Fund responds to the latest NHS hospital performance data

'Today’s data shows that performance against the waiting-time target for A&Es stands at a record low of only 73 per cent of patients seen within four hours, with no NHS organisations with major A&E departments achieving the national performance target,' says Siva Anandaciva, Chief Analyst at The King's Fund.
Press release

‘The government has provided more funding for health and care services but has so far failed to deliver a national plan to fundamentally address the workforce crisis,' says Siva Anandaciva, Chief Analyst at The King's Fund.
Blog

Despite Covid-19 dominating the year, there were plenty of other health and care policy headlines in 2021. Siva Anandaciva takes a look back at the key moments of the past year.
Evidence and consultation

The situation for elective care has significantly deteriorated, and will continue to worsen, as more people wait for treatment and wait longer than they did before the pandemic. The Public Accounts Committee inquiry into the NHS backlog and waiting times is therefore timely and important.