Every movement for social justice is contested; they always have been and always will be. The reasons for this are to do with power. Social justice questions, how power is held, by whom, and how power works. It’s therefore those who have the least power that lead these emancipatory movements, because they have the most to lose where discrimination continues. It is for these reasons that the conversation about leadership needs to change – thinking through what leadership is for, and how to determine what good looks like. This straight-talking blog is aimed at leaders who want to ‘get it’ on inclusion. It’s candid because its purpose is to provoke leaders to lead better for racial justice.

The call for leaders at all levels, is that they must now be brave enough to ask themselves whether their practices are making a difference to the lived experiences of those who they claim that their work will benefit.

In 2020 the world pivoted along the axes of racial justice, signalling time for the ethics that guide leadership practice to be scrutinised through this same lens. The call for leaders at all levels, is that they must now be brave enough to ask themselves whether their practices are making a difference to the lived experiences of those who they claim that their work will benefit, and concurrently to become more discerning about when motivations for change (as David Olusoga puts it in his book Black and British: A Forgotten History) are driven from self-interest as opposed to moral purpose. If we as leaders fail to subject ourselves to this kind of scrutiny, history tells us that we should already be planning for failure with regards to our equality, diversity, inclusion and racial justice intentions.

Moving into a space where past performance is not a predictor of future performance on race, we must work to eradicate the well-described ‘twin pandemics’ of racism and Covid-19, balanced with leadership practice that is guided by measures that transform experiences for those on the receiving end of racial discrimination, and where our values as leaders become the drivers of value across the system to reach a goal of net zero on racism. Leadership practice should create virtuous cycles of learning and capability that morally spirals upwards.

Looking racism in the eye

Racism is an unpleasant reality of human interactions, but this is an unpleasantness of our own making, and one that we must look squarely in the eye if we are to have any hope of eradicating it. And as we gaze into the reflective eye of racism, we begin to see ourselves more clearly. Because as a first step toward racial justice, we must acknowledge how, and to what extent the continuation of racism is hurting, harming and damaging people; it is racism that ultimately determines whether people live or die in many situations, and this is a transnational truth.

Our inability to face the ugliness and realities of racism, has amounted to an inability to hear and then to act upon the truths of the lived experiences of those people who are subjected to it, with devastating results.

In the context of Covid-19 and keeping ourselves mentally well, it’s predictably human to reach for encouraging stories in the midst of an emotional, immobilising and uncertain context. Good news stories have helped us all to feel better, bolstering personal and collective resilience through pain and loss. However, this in-built coping mechanism can also drive unhelpful approaches, when seeking to consider the racial justice implications of the disproportionate deaths of black and brown people in this pandemic. Our inability to face the ugliness and realities of racism, has amounted to an inability to hear and then to act upon the truths of the lived experiences of those people who are subjected to it, with devastating results. Without these insights into the ugliness of racism, our well-meaning and costly initiatives to tackle racial discrimination are ill-informed and will thus lead to disappointment. Any leader who is serious about progressing anti-racist practice must look into the reflective eye of racism; we cannot dismantle racism without first understanding how it works.

The consequences for people of colour who openly oppose racism

Key to gaining insights about how racism works is an appreciation of what happens to people of colour who speak up in ways that reveal the undistorted truths about racism and how it currently operates. They are often side-lined, denigrated, criticised, unsupported and subjected to forceful and antagonistic mass mobilisations, bent on silencing or removing them by any means possible. History is littered with examples of the brutality of these kinds of repercussions, all manifestations of racist responses to anti-racist endeavours; pick any civil rights leader on which to test these assertions – patterns of resistance to anti-racist endeavours are well documented. Let’s begin to boldly ask ourselves questions about how, not whether, these same forms of opposition to anti-racism are showing up in the systems, institutions and teams that we lead and are part of.

Taking a critical look at leader-allyship

Leader-allyship is not a simple act that one can opt into with a word and a smile; the complex work of allyship can’t be achieved through thin, short-lived promises or the acquisition of new words. Declarations of anti-racism, allegiances to Black Lives Matter, or resolutions that amount to ‘Let's be nicer to black people and talk to a few more of them in the workplace’ fall massively short of racial justice goals; and of course, the same principles would apply for issues of disability, sexuality and gender. At this point, some white colleagues may become a little more than irritated by yet another black woman, challenging them by saying that they are not doing enough; when in fact you know that you are doing your best, so ‘why bother!’ At risk of irritating even further, I wish to invite some deeper scrutiny of this reflexive response, by asking what purpose does the ‘why bother!’ response and its accompanying behaviours serve? Is this likely to maintain the structures that uphold racism, or to dismantle them? If we are curious enough and committed enough to racial justice, we, and especially those of us who are white, must move in earnest beyond this all-too-familiar, progress-halting territory of white ‘why botherness!’.

I raise this, not in an attempt to denigrate people’s good intentions around racial justice and equity, but to support those who are in leadership positions at all levels to consider the following question. What kind of leader-allyship is required in order to combat, and then to transform, systems that distribute white advantages, while simultaneously delivering disadvantages for people of colour, and has positioned these as perfectly acceptable outcomes for centuries?

Institutional activities that drive these unequal outcomes are embedded within our systems, policies, practices and our processes, because unfairness is firstly firmly entrenched within our mindsets. An example of this is that I’m often in conversations about race, where default thinking assumes that we are not talking about disability, women, LGBTQ people and so on, yet all these characteristics are present within minority racial groups. These mindsets of division hamper our justice efforts before work even begins. Yet there is no getting away from the fact, that with the addition of melanin, systemic outcomes in health care tend to worsen.

What does leadership for anti-racist practice need to look like in support of racial justice? I would suggest our black and brown colleagues require the following type of leadership.

Growing and maturing cultures that are able to contain human emotions

We must have a different conversation in the workplace about the racial ethics that must now guide leadership practice. Building leadership communities that have more robust capabilities, able to contain the emergence of more mature forms of racially-aware emotional resilience. I don’t use the word mature in a pejorative sense here, but in a way that suggests that there is a distinctive form of emotional maturity that is now required of us as leaders, in order to be able to embrace a subject matter that is profoundly emotive at its core. This move towards maturity forms part of our learning journey towards creating leadership cultures, in which these emotions can be contained and worked with, rather than retreated from. It’s in the retreat from the difficulty of dealing with our own emotions, that we reproduce the very systems of racial inequity that we are seeking to abolish.

Let’s give ourselves the space that allows our leadership to conceptually and emotionally grow in depth and breadth, as we grow cultures that increasingly deliver racially and socially just outcomes.

Time to speak up: some necessary words about racism

It’s time to speak up and challenge the individuals and cultures that perpetuate racism and racial injustice. Tracie Jolliff calls for collective action to support change.
Blog

Inclusive leadership: how ready are we to learn?

Tracie Jolliff, Director of Inclusion at the NHS Leadership Academy, explains how inclusive leadership and cultures require personal dedication to change, as well as support and oversight at an organisational level.
Blog

While the NHS is making progress on closing some race inequality gaps, there is room for improvement. Habib Naqvi discusses opportunities to support work around the Workforce Race Equality Standard.
Active project

Our work explores the role of, and supports, leaders in creating a culture of compassion and inclusion. 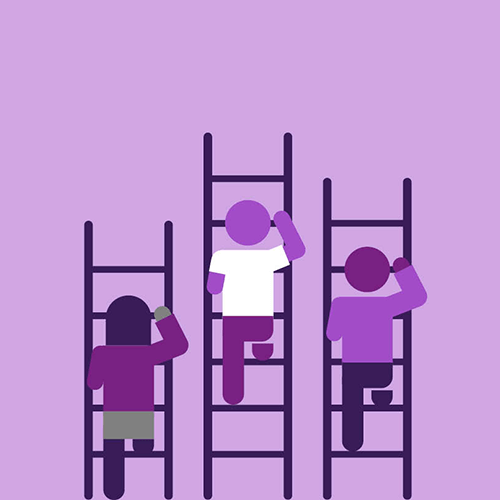 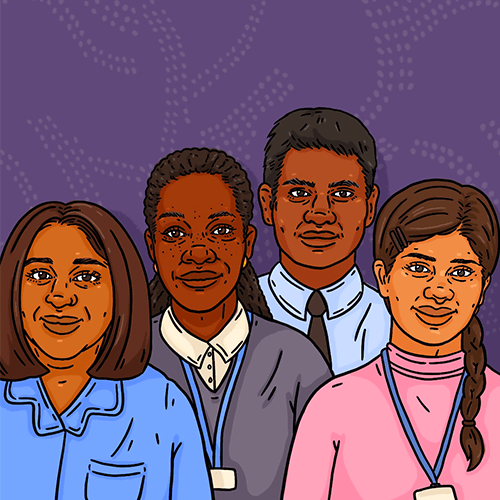 What is it like being a member of staff from an ethnic minority background in the NHS? We spoke to 12 people about their experiences.

A very insightful thought provoking piece. I wonder how the interview process will look like in the of selection of senior leadership with competency in racial justice. How do we evidence competency in this broad diverse area? Who is involved in setting up the criteria and how will it be administered?

Thank you very much for sharing these thoughts with us. The issue I keep grappling with is ...what do we factually mean by "leadership"? Is there a space for authority, hierarchy...when questioning discrimination, racism? The "ladder" - professional, social - isn't that essentially based on discrimination? Can anyone thinking of him/her self as "leader" , "guide", "better" actually be egalitarian in his/her views of self and others? The energy, passion, drive and eventually possibly "burning" for equality as a "cause"...how do they fit with the corporate world...really?

Inclusive leadership: how ready are we to learn?

Tracie Jolliff, Director of Inclusion at the NHS Leadership Academy, explains how inclusive leadership and cultures require personal dedication to change, as well as support and oversight at an organisational level.
Article

Ben Fuchs is a Senior Consultant in our Leadership and Organisational Development team. Ahead of our annual leadership summit on compassionate and inclusive leadership, we explore why it’s important for those in management and leadership roles to be aware of potential blind spots.