Annie Whelan is the CEO of Seaview Project, one of eight winners of a GSK IMPACT Award in 2018. The awards provide funding, training and development for small to medium charities doing excellent work to improve people's health and wellbeing.

The health and care system has historically been reliant on paper for sharing information about patients. Digitisation is inevitably changing that, but what impact does that have on those who are marginalised?

As Chief Executive of Seaview, a charity for people living on society’s margins, I am committed to the principle of inclusion for the most disenfranchised. Our open access wellbeing centre focuses on both homelessness and mental health, and almost half the people we support have a diagnosed mental health problem and many also have issues with addictions. Since being selected from hundreds of applications to be one of eight winners of a GSK IMPACT award in 2018, we know that impact is dependent not on the size of an organisation but on its voice.

In 2014, I welcomed the opportunity to become an independent member of the government’s National Information Board, which is responsible for improving the use of data and technology to share health care information and improving the outcomes for patients.

In 2017, NHS Digital commissioned Seaview to carry out research to learn more about how homeless people use (or don’t use) technology and what they need to be able to get online to manage their health. We interviewed 64 current and recent rough sleepers about the challenges they faced in accessing digital technology. The participative approach in itself opened up a more equal dialogue with members of the homeless community; rather than being assessed in relation to problems, they were engaged in discussions and felt valued for their opinions on issues that had an impact on the health of the whole population. The research revealed an overwhelming appetite to learn and engage with digital transformation and not to be ‘left behind.’

When asked about barriers to using digital technology, most interviewees (43 per cent) cited lack of confidence in digital skills, followed by lack of access and affordability (39 per cent each), concerns about confidentiality (37 per cent), mental health challenges (35 per cent), physical health challenges (24 per cent) and limited literacy (20 per cent).  Several people expressed the need for one-to-one support and had also experienced feeling stigmatised in public buildings such as libraries.

Building on this research, we were selected as one of the pathfinder projects, which are part of a three-year Widening Digital Participation (WDP) programme being delivered by NHS Digital, in partnership with Good Things Foundation. These projects were designed to help people improve their digital health skills and to access health information and support. Our project focused on the needs of those rough sleeping or homeless. We involved a range of partners and benefited from the supportive approach the Good Things Foundation took in implementation. We discovered that the individuals best placed to champion change with respect to digitisation within local NHS and care organisations were often not the most senior. Leading from a voluntary sector perspective allowed us to bring together change agents from different levels.

We also set up computers and tablets specifically for digital health within our own building and in partner organisations and provided intensive one-to-one sessions. We found that access was often improved just by giving people more confidence – for example, in the use of a mouse or search engines – and by simplifying processes that had seemed too complicated for them to attempt. Having a touch-screen monitor also seemed to help.

We also worked with individuals to register for GP online services, which felt safer for a number of people who had experienced complex trauma and had an inherent distrust of services. However, we found the process itself was not particularly user-friendly, and people often had stop midway and go in person to their GP surgery, which defeated the objective. Fortunately, this process is being improved.

One of the best parts of the project was the formation of an open partnership with the local library, which was keen to improve their hospitality to our client group and have worked hard to create a physically and psychologically more welcoming environment.

We have also been able to be part of the ‘Three reconnected’ scheme, which allows us to give donated smartphones to our clients, allowing them to get connected to the digital world.

Digitisation of our future NHS is inevitable, and played a major role in the recently-announced long-term plan. But depending on how it is approached, it will either release new channels of access or further isolate those who are most excluded. From my own perspective, the work to create positive inclusion has only just begun. In order to succeed in reaching marginalised communities, it will take concentrated investment in the simple and obvious as well as the innovative and interesting. We are hoping that our GSK IMPACT award will allow us to network and grow, learn from other winners and develop our practice and approach further. We are really looking forward to the opportunity to develop and profile our work on a wider platform.

The GSK IMPACT Awards are funded by GSK and managed in partnership with The King's Fund. To find out more about the awards, including details of the prizes on offer, take a look at our information pages. 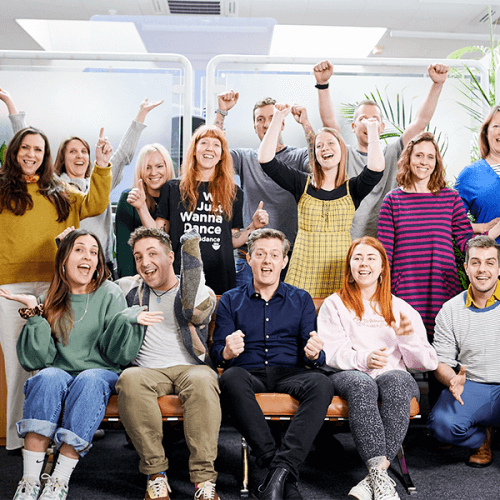 Seaview Project improves the quality of life for homeless and insecurely housed people in Hastings and St Leonards, East Sussex.

Training and development for award winners

Patient and user engagement in the delivery of virtual care

Financial pressures and growing demand mean that health and social care services will need to work differently. This report reviews how technology in the NHS estate is currently being used, and imagines how the 'estate of the future' might look.
Long read

Using technology to build a partnership of trust with patients

Chris Ham explores how technology can enable positive clinician-patient relationships and support patients to take an active role in their health and wellbeing.