A&E is often seen as a service in crisis and is the focus of much media and political interest. But A&E is just the tip of the iceberg – the whole urgent and emergency care system is complex, and surrounded by myth and confusion.

Our animation gives a whistle-stop tour of how the system fits together and busts some myths about what’s really going on  – explaining that the underlying causes go much deeper than just A&E and demand a joined-up response across all services.

Waiting times in accident and emergency (A&E) departments are a key measure of how the NHS is performing. In recent years, patients have been waiting longer in A&E here we look at why that is.
Active project 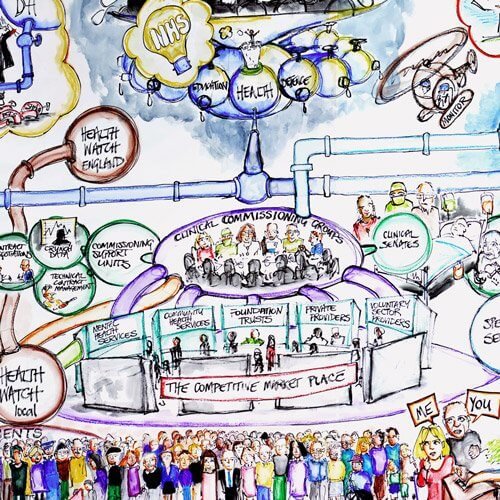 Brilliant video but I am afraid too many points either untrue or irrelevant to paediatric emergency care. In Sunderland our peak of PED care is 4 - 10pm and weekends. Senior Paediatric involvement (Consultants in PEMedicine) have successfully reduced hospital admissions and will be further reduced by community nursing support. Ineffective, unavailable primary health care is, in my opinion, a major factor.
Great animation, but very disappointing that the ambulance service – which has a key role to play in urgent and emergency care – was only mentioned in passing towards the end. Also, in my recent experience of an A&E at night, minors patients did wait longer to be seen, as the same doctors were seeing them as seeing majors patients.
One of the best animations I have seen that seeks to explain health issues. I share the comment above about the near absence of the ambulance service but can see how that has happened. I will use the animation to inform, directly and indirectly, my work with local health services.
Response to above comments about the afterthought of the Ambulance Service. It is not uncommon for the Ambulance Service to be almost forgotten about. Advanced Practice is a very new approach in the pre-hospital environment but Paramedics being often the first contact with patients can make a great impact in non conveyance to A&E, treating Minor Injury and Minor Illness at home or in the workplace. The issues around the Ambulance Service are about the sharing of information from other Healthcare providers, eg. A&E discharge letters, ECG's and GP notes, which would better inform the Pre-hospital Specialist Paramedic in making a decision about weather to treat or transport. The gatekeepers to Patient information need to allow others to view this information. I suspect there was nobody from the Ambulance Service in the making of this video.
Always entertaining and useful illustration from KF but must agree with comment on out of hours and ambulance service omission I commissioned ECPs in my commissioner days and supported 'first responder' training and roll out too perhaps using local residential care working with ECPs and village based first responders could be worth exploration. Please get in touch to do some scoping for a pilot scheme perhaps. Eg devon has c 100 admissions each wk from residential care. I'm sure mostly preventable with creative innovative ideas
I agree that's its an engaging animation, however the Imaging Services have been overlooked, except as an issue to the prevention of pathways it seems. It's disappointing considering that the majority of patients require some sort of imaging during their visit or stay in hospital that Imaging/Radiology are not included with strategy planning.
The animation is indeed engaging and seeks to clarify some of the reasons for our A&E crises, however Improving A&E is also about changes in behaviour and organisation of people and systems, attempting to reduce the "compartment" mentality that still exists.
Human beings, our clients are diverse and as the animation showed, display complex and sometimes multifactorial reasons for A&E attendance.
This diversity and complexity requires more diverse workforce inclusion not just "Drs and Nurses" , echoing some of the comments above it is interesting to note the lack of acknowledgement of the role the Allied Health Professions can play, in the UK there are over 64000 AHPs who straddle the continuum of care for all ages groups,and a number are independent/ supplementary prescribers.
Working with social care and voluntary sector colleagues AHPs can collaboratively start to change the system response, especially around people who have higher disease burdens and lower levels of activation
which in turn can help "unplug" some of the bottlenecks being currently experienced.
Your animation shows how flow and balance may tweak numbers of patients bottlenecking in different parts of the system. Inpatient, A&E, primary care, mental health, social care and community services are all inundated. This is a fact which must implicate a more fundamental cause. I would suggest the fact that UK's beds-per-head of population is half the EU average (3rd lowest of 27 countries; 30% that of Germany) and our doctor:bed ratio is 2nd lowest of 11 OECD countries is that fundamental cause. 150,000 beds cut since 1984, 90% of which under Tory Govts. Please will King's Fund do an impact assessment of the effect of these cuts on the ability of the NHS to manage patient throughput? Simply blaming other parts of the system is not an adequate, true or helpful approach.
As the great man himself, Shakespeare said: “AsThis above all: to thine own self be true,
And it must follow, as the night the day,Thou canst not then be false to any man.”
I applaud the work done in showing where the bottle necks are in the system and also possible solutions. But are we really honestly drilling down to the clear and present harsh reality: we just haven’t got enough resources/beds/staff in the system, etc, as the previous poster has written.
A study done and published in the BMJ in the recent past said of 11 or so high income countries we most cost effective in terms of heath care provision and also patient satisfaction. Imagine, therefore, how much more better we will be if we did put more money into the system?
So yes, we should have more joined up thinking and more inter-department communication and coordination, and yes that will help reduce admissions but i am reasonably and honestly sceptical it will make a significant difference till we bite the bullet and are honest with our self that we simply need more money and resource to cope with the inexorable tide. Yes i admit it may not solve our problem completely but it will go a very long way in that direction. It is from there we can progress to say we are being honest with our patients.

COI: best interests of our patients is my professional Raison d'être

As someone who--unfortunately, has had to make FULL use of the NHS in the last 12 years ( and hardly ever previously ), I can honestly say that I have been very well looked after, at all times and in all the departments where I was treated. Yes, A&E can be traumatic to some degree, especially when mainly occupied by stupid drunks who are responsible for their own condition;(don't get me started). I have watched the video twice, and although I'm not qualified to question any of the statements made, I was at least relieved to hear that we are NOT at crisis point at all, which of course, this political football, known to all as OUR national treasure, has been subjected to abuse and neglect by most political parties, for their own meens, especially as General Elections appear on the horizon. Of course there is always room for improvement, but those in the profession should hold sway on the most important descision making--and political neutrality has to be enforced. I will share this video with all those I know--I hope all viewers/commenter's do the same. Philip Croft.

Gbemi Babalola, Senior Analyst at The King’s Fund, comments on the monthly performance data on accident and emergency, referral to treatment and diagnostics.
Article

Delivering core NHS and care services during the Covid-19 pandemic and beyond: Letter to the Commons Health and Social Care Select Committee

The King’s Fund, Health Foundation and Nuffield Trust have submitted a joint letter to the Commons Health and Social Care Select Committee warning that it will take many months before NHS and social care organisations are able to fully restart services following the Covid-19 outbreak. 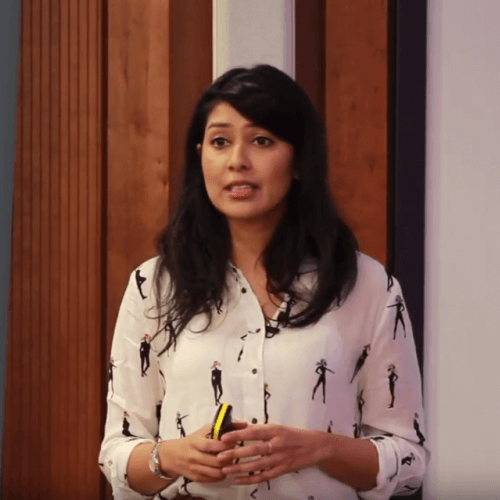