A consensus is emerging in England around the concept of ‘integrated care’ as the best hope for a sustainable NHS. For leaders in the health care system, this represents an immense challenge. Leading across complex interdependent systems of care is a new and different role, undertaken alongside the already difficult task of leading successful institutions.

This paper seeks to identify the skills, knowledge and behaviours required of new system leaders and to learn from systems attempting to combine strong organisational leadership with collaborative system-level leadership approaches. The paper draws on three years' development work with leaders in health care systems in north-west England, undertaken by the Advancing Quality Alliance (AQuA) and The King's Fund which has adopted a 'discovery' approach to developing integrated care and the leadership capabilities supporting it.

Our paper argues that collective leadership, as opposed to command-and-control structures , provides the optimum basis for caring cultures.
Paid event 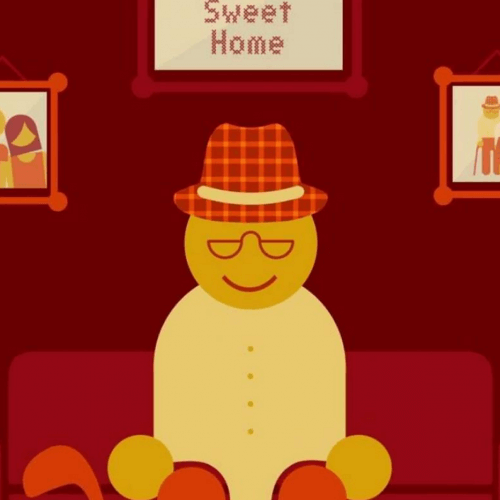 As a new subscriber to the debate, and 'outside' of 'integration? it has become obvious over the thirty years of Advocacy that LA GPs Trusts and the CCG have no mechanism in place to ensure that those clients they are supposed to be supporting are actually benefitting from 'integration' if an individual with severe mental illness is forced to live 'rough' has no money due to the latest Welfare Reforms, how can you actually say that 'integration' is working in your area.

An acting 'Care Manager Co-ordinator should also be part of your team.

An Independent Mental Health Advocate and Advisor should also be part of your team.

To understand what 'integration' actually mean you need to have knowledge of all the agencies that 'could' be involved for various individuals depending on their particular health and social care status.

'integration' should be implemented for the disabled and vulnerable from the cradle to the 'grave' but it isn't. that is the problem.

Yes 'outside' agencies can challenge the system, but it can take many years, due to the complexity of the various 'hoop's you have to jump through to actually reach the individual at the 'top' of the tree who then has to set up 'meetings' to discuss the issues raised.

The most important 'item' on the agenda is that a single complaints system should be implemented, and an 'integrated' system of 'feedback' on the various agencies you may like to discuss your concerns with.

Too much time is wasted writing to the various agencies about the same subject matter regarding your concerns of an individual supposed to be cared for by an 'integrated' health and social care system.

example: GP has been informed no more 'Care Plans' for your patients with severe mental health problems if they have not been in hospital for sometime! the results could be catastrophic, the patient becomes unwell, the GP 'who do I contact? patients suffering from a severe mental illness and subject to a COP order are being left, there is no parity between physical and mental disorder.

The DOH say 'Care Plans' should be reviewed at least annually, who should be invited to the Meetings? problem being the GPs are ignoring all the legislation. They are the 'tip' of the iceberg.
Hi Julian

Thanks for your comment - I've passed your details on to the relevant team who will be in touch shortly.

Sarah
Really interested in your Population health work. Could I come down and discuss your work. I see this as a key contribution from secondary care.
I read this document with much interest and have some observations/questions/ feedback:
• Lancashire is the only council (and non-NHS) member of AQUA which gives us access to many of the excellent resources and development opportunities
• Fig 2 in the document refers to health care and might be better labelled "health and social care" or just "care"
• Powell's reference reminds me of the Cathedral (traditional/ formal/ large/ hierarchical) v Bazar (innovative/ informal/ small/ networked) comparison (can't remember reference)
• Also a personal observation that in the NHS we look upwards for direction (policy/guidance/ directives) where in local government we look outwards (to the community). I know this through personal experience having recently transferred under public health
• The document talks about system leadership but comes at it from an NHS perspective rather than a system perspective. All elements of the public sector system face similar challenges
• How do we challenge "heroic leaders" from within? The Kings Fund et al do a good job from the outside, but how do we provide the tools/competencies/resilience for those within the system to challenge and change the approach? Can this be done outside a specific programme?
• "Adopt" and "Adapt" (p19), can be extended to include "Adept". Once one has adopted and adapted the good practice, one needs to become adept in its implementation and practice
Keep the discussion going

Mel, we're glad to see more programmes coming on stream to develop systems leaders, although our findings suggest we need to develop leadership in local systems as well as developing individual systems leadership capability - both are essential.
Duncan - really interested to know more about your work and experience. A discovery model seemed to us important because we are 'learning as we go' and it's important that the learning feeds action and vice versa.
Algar - I'm really pleased the report has been interesting and useful for you, and interested to know more about the application of the learning in Early Years work: that seems to hold out hope for the future generation of collaborative leaders!
Hi Brian

Sorry it's just for North West Trainees at the moment.

Mel
I am on the pioneering Intersect NHS Leadership Programme which is facilitating 40 leaders from diverse public organisations to become better systems leaders. I'm heartened to see this insightful report adding value by articulating the skills needed & what might work. In Early Years this can only enhance the great opportunities we now have to achieve positive outcomes for children & therefore future generations - thank you
To Mel Pickup:
I am NHS Wales Grad Trainee 2014. Is it possible for me to take up this Northwest Plus sup?

developing a new practice model with collaborative leadership and coproduction at the heart of planning and an integrated service as our goal.
I chair a population health group and am a Cluster network GP lead for the Hywel Dda Health Board. I fully endorse your approach and am an example of its delivery, it is exciting to hear you are using discovery in your method - it is key to respect what is already good when striving for better
I chair the North West Emerging leaders group which is part of the NorthWest Leadership Academy and it oversees the delivery of the NHS graduate training scheme in the region. This week we launch NorthWest Plus, which is a supplementary programme on a voluntary basis that sits alongside the standard grad scheme and is all about equipping our managers of the future with the skills to contribute to programmes of system transformation based on collaboration, partnership working to facilitate integrations. We devised this programme because we recognised that trainees, no matter which sector or discipline they chose to work in, will inevitably be required to work quite differently in the future, crossing organisational boundaries across health and social care and dealing with the challenges that this presents. We want to ensue that the future managers ( and clinicians) have the competences and experiences that will enable them to create integrated systems that deliver high quality integrated care. NorthWestPlus launches on the 17th October at the trainee welcome event in Manchester. Watch this space!

If you are part of a leadership team working across a health system to deliver integrated care or improve population health, we can help you by providing consultancy advice and support.

Integrated care systems need to be different - but how exactly?

Integrated care systems are intended to be part of a new way of working in health and care based on principles of partnership and collective responsibility. Chris Naylor asks whether this original vision is already at risk and what making a reality of it would involve.