The 70th anniversary of the NHS is an opportunity to reflect on its enduring popularity and to ask what people can expect from the service and what their obligations are in return.

Nye Bevan spoke of the sense of serenity that occurs when people are freed from the fear of having to pay for medical care, and our recent report suggests that Bevan’s wish has been realised, with the UK performing better than other nations in enabling people to access care without having to worry about paying.

The founding ‘deal’ between the NHS and the public assumed that patients and citizens have some responsibility to maintain their health and wellbeing with support from the NHS and others, and to use services responsibly. Derek Wanless argued that the public needed to be ‘fully engaged’ in taking responsibility for their health and wellbeing if the NHS was to continue to be universal, comprehensive and free at the point of use. Although some progress has been made in improving population health, growing concerns about overweight and obesity and other risk factors show that we are a long way short of engaging people fully in this work.

In the run up to the 70th anniversary, The King’s Fund ran a series of discussion events with Ipsos MORI to understand the public’s views on the changing relationship with the NHS. The findings show that, as a society, we believe the founding principles of the NHS are as relevant today as they were in 1948 and that everyone should play a part in using services appropriately and keeping healthy. There is also support for an explicit ‘deal’ between the public and the NHS setting out what this means.

The new deal needs to be clear about our responsibilities in keeping healthy. Tackling health challenges like overweight and obesity depends on supporting people to take exercise and change their diets. The proposals set out in the ‘childhood obesity strategy’ last month to restrict the advertising of junk food and ban the sale of energy drinks to children signal a bolder and more active approach to act through legislation and regulation, and recent polling published by The King’s Fund and others suggests that these types of intervention may enjoy stronger public support than politicians often assume.

The same polling also shows that the vast majority of people – 86% – believe they have a ‘great deal of responsibility’ for keeping healthy. But there is a worrying gap between expectations and reality in how people manage their health. While the majority of people polled said they find it easy to engage in healthy behaviours such as eating well or exercising, evidence shows that seven in ten adults in England do not meet government guidelines in relation to two or more key risk factors of poor diet, physical inactivity, excessive alcohol consumption and smoking.

Improving the population’s health will not be achieved through regulation alone or by blaming people for not taking responsibility for their health. The emphasis must be on people and communities and harnessing their power alongside that of public agencies as part of a new deal.

The experience of Wigan – where the council has defined its deal with the public through the Healthier Wigan Partnership – shows how this can be done. The work of the partnership includes early intervention with children and initiatives to combat loneliness and provide food to low income families. Council leaders in Wigan focus on the assets of their population and collaborate with many other agencies in the public and third sectors to deliver their side of the bargain.

Politicians must be willing to work closely with communities in addressing these and other challenges, and recognise the important role of wider public services such as housing and social care in keeping people healthy.

While the NHS celebrates its 70th birthday, the social care system is also seeing in its 70th year, but without the fanfare or government cash boosts enjoyed by the NHS. The fault line established 70 years ago between health care which is free at the point of use and social care which is means-tested, remains a fundamental source of inequity and unfairness today. Tackling the challenge of social care reform will require decisive political action and an appropriate funding settlement. Unless this happens we will continue to have a system whose inadequacies undermine the NHS and leave many people without the care they need.

The 70th anniversary of the NHS is an opportunity to revisit the implicit deal between the NHS and the public but also to recognise that health and wellbeing are everybody’s responsibility.

To mark the BBC's coverage of the NHS's 70th birthday in July 2018, researchers from The King's Fund, the Health Foundation, the Institute for Fiscal Studies and the Nuffield Trust have joined forces for the first time, using combined expertise to shed light on some of the big questions about the NHS.
Report

What does the public think about the NHS?

As part of our project on the changing relationship between the NHS and the public, the Fund commissioned some initial polling from Ipsos MORI. The results are in. 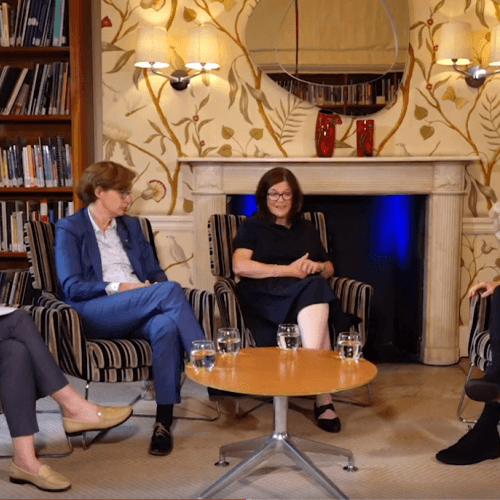 This live online event explored how integrating housing with health and care can help reverse the growing health inequalities in the UK.
Press release

'Years of cuts to local government funding are having a real impact on services that support the wellbeing of the whole community,' says Sally Warren, Director of Policy at The King's Fund.
Blog

Sally Warren explores whether the Prime Minister’s commitment to ‘fix the social care crisis’ will be more successful than attempts by previous administrations.