In a speech ahead of the Autumn Budget on 22 November, the Chief Executive of NHS England, Simon Stevens, has warned that without extra funding the improvements made in reducing waiting times for patients over the past decade will be reversed and the waiting list for elective treatment could increase to 5 million people by 2021. We examine the big issues and recent NHS performance on waiting times.

The NHS has some of the most challenging performance standards in the world. These standards cover a range of services including ambulance response times, new measures on access to certain mental health services and waiting times for diagnostic tests as well as the more high-profile waiting times for elective treatment, A&E and cancer services.

The latest data for 2017/18 shows that performance remains below the set standard for many of these indicators, while data over a number of years shows that, in general, performance has been deteriorating across the board. The 18-week referral-to-treatment standard for planned care has not been met since February 2016, the A&E four-hour standard since July 2015 and the 62-day cancer standard for more than three years.

Access to NHS services has improved greatly over the past two decades, in part due to the introduction of these standards but also due to investment and reform in the early 2000s. For example, before this it was common for many patients to wait more than a year for elective treatment.

The NHS Constitution sets out principles and values for the NHS, which includes the right for patients to access certain services within maximum waiting times. The list of services made under this pledge includes three high-profile standards: for A&E waits and for referral for elective treatment and cancer services.

Since April 2012, the standard for elective care is for at least 92 per cent of patients to begin treatment within 18 weeks of referral. The standard was met from 2012/13 to 2015/16, though performance worsened. However, the NHS missed the standard for the full year 2016/17.

The increase in activity is affected by changes in clinical practice, not just increased demand. The number of on-the-day surgical cases has increased in recent years, which reduces the need for overnight admission and allows more patients to be treated.

Recognising the pressures on the service, NHS leaders have acknowledged that it cannot currently meet the standards for both elective and emergency care. The 18-week referral-to-treatment standard has effectively been given lower priority. The government’s current Mandate to NHS England does not specify performance standards for elective care in 2017/18, and Next steps on the NHS five year forward view notes that average waiting times for routine care may now increase. In his speech to the NHS Providers 2017 annual conference, Simon Stevens suggested that the right in the NHS Constitution for patients to access elective treatment within 18 weeks may have to be abolished unless more funding is provided.

Combined with increasing demand, delays in admitting and transferring patients have been affected by a squeeze on hospital resources; bed-occupancy rates have increased to their highest ever recorded rates while the number of hospital beds has decreased, which affects how quickly hospitals can admit and treat patients. Delays within the NHS and cuts to social care funding have also had an impact on how quickly hospitals can discharge some patients.

The Next steps on the NHS five year forward view prioritises meeting the A&E standard over the 18-week referral-to-treatment standard in 2017/18. To access sustainability and transformation funding money in 2017/18, hospitals must improve A&E performance; the intention was for the NHS in England to achieve an aggregate A&E performance of 90 per cent by September 2017, with the majority of trusts meeting the 95 per cent standard by March 2018. The first of these milestones was missed by a small margin, with 89.7 per cent of patients seen within four hours in September 2017. Our recent quarterly monitoring report found only 28 per cent of NHS trust finance directors were very or fairly confident that the next performance milestone for March 2018 would be achieved.

There are a number of standards for accessing cancer treatment. The most prominent of these is the standard that at least 85 per cent of patients should begin treatment for cancer within 62 days of an urgent referral from their GP. From its introduction in 2009/10 to 2013/14 this standard was met; however, it has been missed every year since. Performance has deteriorated each year, and in 2016/17 was at its lowest ever level with 82 per cent of patients beginning first treatment within two months, and performance continues to be challenged in 2017/18.

The NHS is treating more patients than ever before, with activity increasing across the board. But key performance measures for hospital services are now being missed throughout the year. These pressures are being felt in all areas of care with general practice, mental health and community services also under strain.

The implications of the funding squeeze and rising demand on patients’ access to care are clear. The dramatic improvements achieved over the previous two decades are slipping away. Unless additional funding is provided, patients will wait longer to access the urgent and routine clinical care they need.

Nuffield Trust, the Health Foundation and The King’s Fund are urging the government to address the critical state of health and social care in its forthcoming Autumn Budget. 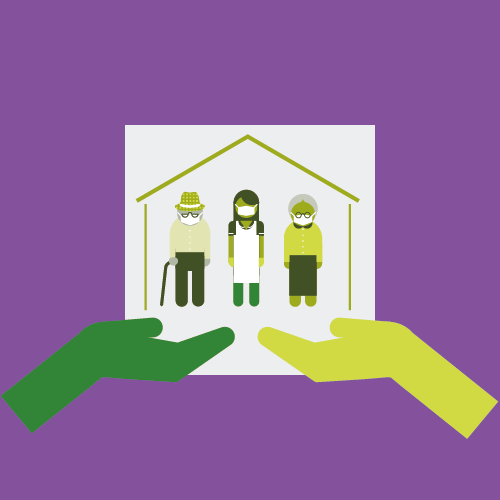 How is the NHS performing? November 2017: Quarterly Monitoring Report

Performance against a number of key indicators is worse than at this time last year, and finances remain precarious despite an emergency funding injection.
Press release

The government must find at least £4 billion more for the NHS in the Budget to stop patient care deteriorating next year, three leading health charities warn today.

‘Despite a mild winter, today’s figures reveal a hidden crisis in hospitals up and down the country,' says Deborah Ward, Senior Analyst at The King’s Fund.
Press release