The fingerprints of Simon Stevens, chief executive of NHS England, are all over the NHS delivery plan, which has been widely trailed as an important update on the state of the NHS. The plan, published at a difficult time for the NHS, summarises progress in improving care since the NHS Five Year Forward View was published in 2014. It also outlines ambitions for the future.

The plan seeks to strike a balance between realism about the challenges facing the NHS today and promises to improve care. These promises focus on urgent and emergency care, primary care, cancer, and mental health. They include delivering the four hours standard in all emergency departments during 2018, providing extended access to general practice appointments in the evenings and weekends in all areas of the country by March 2019, introducing a new standard to give patients a definitive cancer diagnosis within 28 days after GP referral by 2020, and increasing the availability of psychological therapies and mental health services for children and young people.

There is welcome recognition of the need to be clear about what can and cannot be achieved within the funding made available by the government. In line with the new mandate for the NHS in England, NHS England has decided to give lower priority to the target that patients waiting for less urgent diagnosis and treatment should be seen within 18 weeks. In reality, the growing number of patients on waiting lists means that this target is already difficult to deliver, a development that has been widely interpreted as evidence of declining NHS standards. Patients waiting for routine surgery will be dismayed at the prospect of longer waits, and some may challenge the NHS for failing to deliver a commitment enshrined in the NHS Constitution.

Even allowing for this decision, the NHS will have to work exceptionally hard to deliver all the promises in the plan, which easily outnumber proposals to cut back on care. All services are under pressure, and funding that was intended to support the transformation of care outlined in the Forward View is being used mainly to reduce deficits in acute hospitals. Growing workforce pressures are as much a concern as lack of funds for investment.

The ability to meet these challenges depends partly on relieving pressures on hospitals. The plan includes a commitment to free-up between 2,000 and 3,000 hospital beds through closer working between hospitals and community services. This aim will be realised only if the additional resources made available in the Spring Budget reach social care and are used to fund services that enable patients to be discharged from hospitals in a timely manner. It will also depend on expanding services for people who could be cared for outside hospital if there were appropriate alternatives.

The plan sets out a bold ambition 'to make the biggest national move to integrated care of any major western country.' This ambition will be delivered through the further development of sustainability and transformation plans and by extending the work of the most advanced new care models established under the forward view.

Accountable care systems that bring together a wide range of health and social care services around the populations they serve will be put in place to develop integrated care. Nine areas of England are identified as likely candidates to pioneer these systems, which represent a decisive shift away from the competitive and fragmented legacy of the Health and Social Care Act 2012. The development of accountable care systems, best seen as partnerships of providers working closely with commissioners, is intended to be an evolution led from within the NHS rather than a top down reorganisation.

If accountable care systems are the way forward, the plan risks being too cautious in focusing their development on a few places. The urgent challenges facing the NHS mean that all parts of the country should move as rapidly as possible to integrate care and make collective decisions about the resources available to them. This may require changes to the current statutory framework, which was not designed to enable collaboration and accountable care systems.

It is notable that the plan was not presented as a bid for additional resources. NHS England’s boss was also cautious on the day of the plan’s launch to avoid being drawn into a debate about the adequacy of NHS funding. Despite his caution, the prospect of low levels of growth in NHS spending over the next three years means that the argument for extra funding will have to be addressed sooner rather than later.

The difficulty for the government in increasing the NHS budget, if it were minded so to do, is that public finances are under pressure, and options for raising taxes are limited by commitments made in the Conservative Party’s manifesto at the last general election. That, however, is a problem for politicians rather than Simon Stevens, who has focused minds by emphasising the inevitability of hard choices in healthcare. With opinion polls showing growing public concern about the future of the NHS, the question is when will the government act to increase NHS funding and not whether. 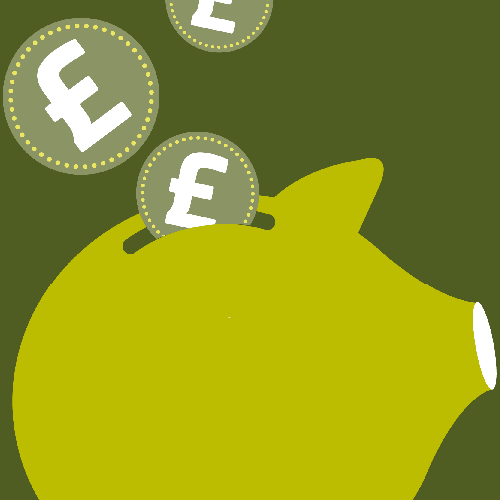 Two years on from the publication of the NHS five year forward view, we assess how much progress has been made and what still needs to be done to align policies with the plan.
Completed project

An open letter to the Prime Minister from The King's Fund, The Nuffield Trust and The Health Foundation about a long-term funding settlement for the NHS.
Article

The outcome of the general election will mean more of the same for the NHS and social care in the short term, and huge uncertainty on two fronts in the medium term, says Chris Ham.
Press release

The absence of ring-fenced funding for investing in new services could jeopardise plans to improve patient care outlined in the NHS five year forward view (Forward View), according to a new report from The King's Fund.
Long read

Tackling the growing crisis in the NHS: An agenda for action

Drawing on our previous work and a lecture given by Chris Ham to the Cambridge Whitehall Group, we offer some practical solutions to help the NHS address one of the biggest crises in its history.