In recent years, spending on the NHS has been protected while other budgets, such as those for local government services and policing, have been subject to significant cuts. Despite this, health services are facing unprecedented financial and operational pressures, with many NHS organisations in deficit and key performance standards being missed.

Demand for health care is rising for several reasons: the population is increasing; more people are living longer, often with multiple long-term conditions; and technological advances mean that new treatments are available. As a result, health services are treating more people than ever before. For example, between 2003/4 and 2015/16, the number of admissions to hospital increased by 3.6 per cent a year.

At the same time, the service is enduring the most prolonged funding squeeze in its history. Under current spending plans, the NHS budget will increase by an average of 1.1 per cent a year between 2009/10 and 2020/21, compared to the long-term average of nearly 4 per cent a year since the NHS was established.

The mismatch between demand for services and funding is creating significant challenges. All areas of the NHS are affected, with acute hospitals, general practice, mental health and community services all under pressure. The Department of Health reported a non-ring-fenced revenue underspend of only £55 million (or 0.05 per cent of its budget) in 2016/17. Although this was an improvement on the previous year, a significant underlying deficit remains.

At the same time, key performance targets are being missed all year round. The four-hour standard for treating patients in A&E has not been met since July 2015, the 62-day standard for beginning cancer treatment following an urgent referral has not been met for three years and the referral-to-treatment target for elective care has not been met since February 2016. Staff morale is also affected by growing workloads, staff shortages and public sector pay restraint. There is also evidence that access to some health services is being rationed and quality of care in some services is being diluted.

In the 2015 Spending Review, the government announced an increase in NHS England’s budget of £10 billion a year between 2014/15 and 2020/21, arguing that it had given the NHS the funding it asked for to implement the NHS five year forward view. The £10 billion includes new funding provided to the Department of Health but also included £2 billion of extra funding that had already been committed for 2015/16. It was also for NHS England’s budget only and relied on funds released through cuts in unprotected areas of the Department’s budget, including education and training, capital spending and investment in public health. Overall, health spending – as defined by the Department of Health’s budget – will increase by around only £4.6 billion in real terms between 2015/16 and 2020/21.

On current plans, the NHS budget is due to increase by just 0.7 per cent a year between 2017/18 and 2022/23. 2018/19 in particular will be a crunch year for the NHS with funding growth slowing to just 0.4 per cent, one of the lowest rates of growth in NHS history. In our briefing ahead of the 2017 Budget, The King’s Fund, the Health Foundation and the Nuffield Trust estimated this will leave NHS spending at least £4 billion short of what is needed next year based on our analysis of historical funding growth and projections from the Office for Budget Responsibility.

Based on the government’s current spending plans, we estimate that the projected funding gap will grow to at least £20 billion by 2022/23. The Conservative Party’s manifesto pledged to increase NHS spending by £8 billion over the next five years, to increase funding per person in real terms in each year of the parliament and to increase funding available for capital budgets. These spending promises clearly fall a long way short of what is needed.

NHS productivity growth is outperforming the wider economy, but there is still scope to improve NHS productivity further. Emerging evidence from the Getting It Right First Time programme – which aims to improve quality of care and increase productivity in more than 30 clinical specialties – underlines the opportunities to reduce waste, improve clinical practice and tackle unwarranted variations in care. However, even with improvements in productivity, the NHS can no longer maintain quality of care and meet performance standards within its current budget. In the short term, the government will need to find additional funding if the NHS is to be able to deliver the current range of services to existing standards of care. In the long term, as our analysis makes clear, NHS spending will need to increase significantly to avoid patient care deteriorating. As the Barker Commission argued, this is affordable if hard choices are made about taxation and public spending.

Nuffield Trust, the Health Foundation and The King’s Fund are urging the government to address the critical state of health and social care in its forthcoming Autumn Budget.
Blog

The Budget: is the government listening?

Chris Ham calls on the Chancellor to provide more funding for the NHS and social care before it is too late. 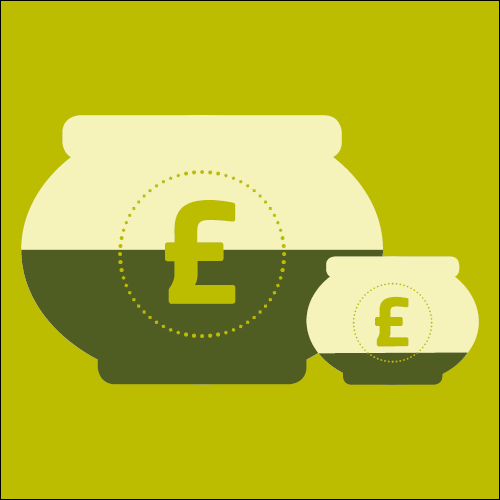 How health care is funded

The way that health care is funded varies between different countries. Here we explain the main models used in their purest form, although most countries typically use a combination of these methods.