Public parks and open spaces usually fall under the remit of local authorities’ recreation and leisure functions, which include sports and leisure centres, swimming pools and other facilities.

Access to open spaces and leisure and recreational facilities has direct and indirect impacts on people’s physical and mental health, but can also enable people to build social capital.

How can access to green and open spaces affect health?

Local authorities can significantly influence how people use green spaces, as well as their access to leisure facilities.

To increase access to open and green spaces to improve health, local authorities can:

However, interventions designed to increase access to green and open spaces for disadvantaged groups requires a detailed knowledge of local needs, cultural contexts and attitudes, with clear objectives and strong targeting. For example, a scheme to increase community participation in Derbyshire’s forests saw thousands more people visiting, but most were from high-income groups, thus reinforcing inequalities (O’Brien and Morris 2009).

Parks and public gardens are associated with health and wellbeing at the community level, including satisfaction with ‘place’, increased social cohesion and interaction (Commission for Architecture and the Built Environment 2005), increases in volunteering, and opportunities for more creative ‘play’ among children, as well as better educational performance.

Increasing access to parks and open spaces could reduce NHS costs of treating obesity by more than £2 billion (Groundwork 2011). Access to green space can reduce mental health admissions too, resulting in additional savings for the NHS (Wheater et al 2007a, b).

Increasing access to leisure and sports facilities for local residents can also have much wider impacts. Analysis of Birmingham’s city-wide Be Active programme suggests that up to £23 is recouped for every £1 spent, in terms of better quality of life, reduced NHS use, productivity gains, and other gains to local authorities (Marsh et al 2011). Economic modelling suggests this kind of intervention is a more cost-effective way of improving health through physical activity when compared with most medical interventions (Frew et al 2012). Other pricing initiatives, such as free swimming (Audrey et al 2012), also attract a high proportion of people from disadvantaged backgrounds, supporting health inequality reduction. 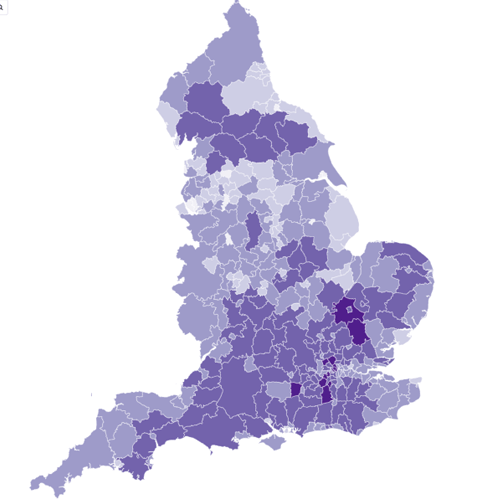