New figures reveal the dire state of England's social care sector before the pandemic, with more people requesting support but fewer getting the help they needed. The data puts further pressure on the government to commit to reform of social care in next week’s Queen’s Speech.

The new data is part of Social care 360, The King’s Fund’s annual assessment of the state of the social care sector. The overall picture is of deep decline, with many key indicators continuing to move in the wrong direction.

'Following a decade of neglect, there is a continuing gulf between what people need and what they receive,' says lead author Simon Bottery, Senior Fellow at The King’s Fund. 'The latest data paints a bleak picture with few causes for optimism. Even where measures have improved, there are often caveats. Local authority spending on social care has finally returned to the levels of 2010/11 but not if you take population growth into account; spending per person has fallen. Care worker pay has improved but is not rising as fast as other sectors so vacancies remain high.'

'Demand is likely to go on increasing but local authorities do not have the money to meet it. If we are to avoid reporting on a further bleak round of indicators in future years, we urgently need the long-term, wide-ranging reform for adult social care that the Prime Minister promised after the general election.'

The report highlights six key actions that will be needed to improve and reform social care in the years ahead.

For further information please contact Harry Dayantis, Press and Public Affairs Manager at The King’s Fund on 07870 600169 or h.dayantis@kingsfund.org.uk

*These figures include people receiving long-term support and short-term care packages. Because some people receive more than one type of support or package of care in a year, these are not exact figures but are the best available estimates for the overall output of the care system. The annual figures are provided below: 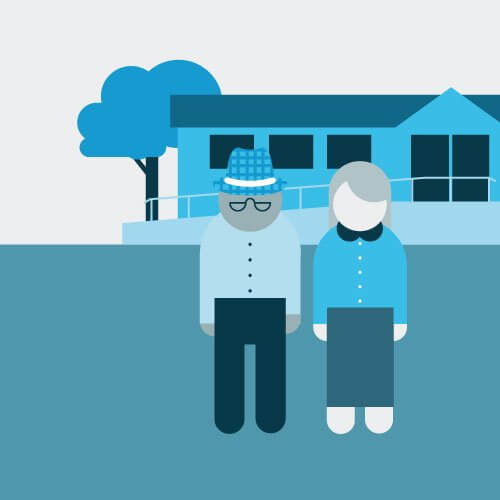 Our latest 360 review outlines and analyses 12 key trends in adult social care in England over recent years, encompassing the first and second waves of the Covid-19 pandemic. Using a variety of publicly-available data, it provides a uniquely rounded – ‘360 degree’ – view of the sector.
Long read

Now the Health and Care Act has been passed, Richard Murray reflects on the negotiations that went down to the wire, what didn’t make it and what’s needed to ensure the reforms are successful.
Blog

The public has grasped what people who use social care already knew: it doesn’t provide all the support they need. Laura Schlepper, from Nuffield Trust, and Simon Bottery explore the data from the British Social Attitudes survey.
Evidence and consultation

The 2019 Conservative Party manifesto included pledges to deliver 50,000 more nurses, 6,000 GPs and 6,000 other primary care professionals. Two years on, no plan to address workforce shortages has been published, funding for the training and development of staff was conspicuous by its absence from the Spending Review and the measures in the Bill relating to workforce remain weak.