In recent years it has become commonplace to describe general practice as being in a state of ‘crisis’. Staff are feeling ‘demonised and demoralised’, one in seven GP posts are vacant, and people are increasingly dissatisfied with services.

As a result, policy-makers are looking for levers they can pull to turn things round. The recent Fuller stocktake report offered a snapshot of the state of play in general practice, and set out some next steps that could be taken to better integrate the different strands within primary care – harnessing the opportunities developing integrated care systems (ICSs) might bring. The report was accompanied by a literature review by The King’s Fund that set out the evidence base for what actually works when it comes to driving change and improvement in the sector.

Target-setting is another technique that has often been used, but in general practice it has rarely been shown, categorically, to deliver real results.

In the review, we found that many of the traditional ways that policy-makers have gone about trying to improve things in English general practice are surprisingly poorly evidenced. Take, for example, financial incentives and pay-for-performance models. Our general practice system is something of an international outlier in terms of how much it has relied on these historically, but when you dig into the evidence for things like the Quality and Outcomes Framework (QOF), you find surprisingly little to suggest that this is an effective way of improving things. There is little evidence, for example, that areas of care incentivised within QOF, the largest system of its kind in the world, improve at a faster rate than those left out of it.

Target-setting is another technique that has often been used, but in general practice it has rarely been shown, categorically, to deliver real results. Some studies have found that targets can be successful in changing the focus of activity in general practice (meaning changing how staff spend time and resources), but it is important to note that changing activity is not the same as improving quality. Frequently, when you prioritise one area, it is hard to avoid neglecting others.

Beyond these issues, some literature on these kinds of initiatives tells us that they can also have quite serious unintended consequences. For one thing, there is a risk that pay-for-performance systems can increase health inequalities, as practices in more-affluent areas find it easier to meet benchmarks and unlock greater resources. For another, a lot of evidence shows that externally imposed targets can have negative effects on staff morale, and lead to them feeling pressurised, disempowered and ignored. Indeed, at times, frontline staff say the administrative tasks required to demonstrate performance are more trouble than they’re worth.

Often then, it seems that all using targets and financial levers can deliver is solving one problem by creating others. While a small number of carefully chosen targets can bring much needed focus, setting top-down targets risks taking decisions about how staff should spend their time, and how they should do their jobs, out of their hands. This can be damaging both to outcomes for patients and satisfaction for staff.

At this potential inflection point then, we need to try something new, rather than retreating to the comfort zone of what’s been done before.

The English health and care system has taken some very particular approaches to trying to improve itself over the decades. With the system creaking as it is at the moment though, it’s hard to say that what’s gone before has been hugely successful. At this potential inflection point then, we need to try something new, rather than retreating to the comfort zone of what’s been done before.

In a new guide, we make the case for a different approach, built around principles for making positive change that our research has generated. Rather than focusing on targets or financial levers, we found that initiatives that focus on culture, and efforts to cultivate bottom-up change that empowers frontline staff are far more effective in bringing about the types of improvements we all want to see. These types of approach avoid the pitfalls of alienating staff, and allow local knowledge and priorities to shape visions of what ‘good’ looks like. They require capacity, resources and leadership to be successful, but evidence suggests that this is how the change could really happen in general practice.

At this difficult time for the sector, this is where policy-makers should focus their attention.

How to make change happen in general practice

This short resource, for general practices and ICSs sets out four principles to highlight how to make change happen.

How well are staff employed under the new Additional Roles Reimbursement Scheme being embedded within general practice teams? In this report we consider the experience of staff working in these roles and explore what might be done to address any challenges. 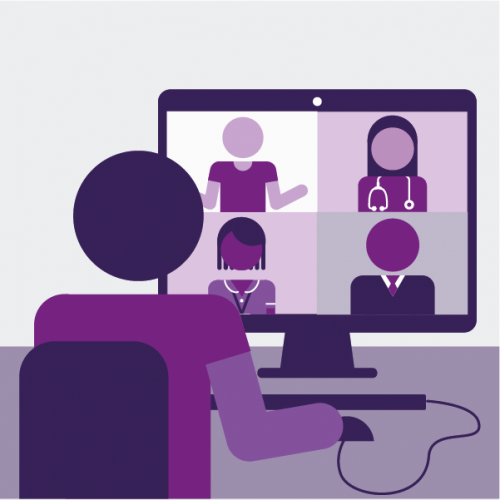 As remote working continues to be a reality for many, what are the implications for primary care? This guide outlines what’s needed to make remote working effective and inclusive for all staff.
Blog

How can we develop professionally diverse leadership in primary care?

What might help a wider range of professionals take on leadership roles in primary care? Kiran Chauhan and Beccy Baird suggest starting with thinking through issues around expectations, support and practical constraints.

The health and care system is in crisis: what should (and shouldn't) be done?

With health and social care conspicuously absent from the Conservative leadership race, Richard Murray considers what can be done to begin to fix the current crisis in the sector.
Press release

'These increasingly commonplace long waits for emergency care are not just frustrating; they are potentially dangerous', says Siva Anandaciva, Chief Analyst of The King's Fund.
Blog

Social prescribing link workers are on the front line of the fight for population health. They know it, but need more support to deliver on the promise of their roles, as Laura Lamming explores.
Press release