Covid-19 represented a historic challenge to our health and care services as it did to the country as a whole. As it has receded (but alas not disappeared), it is increasingly clear that the threat of Covid has been replaced by a more intractable crisis affecting almost all aspects of the NHS, social care along with all those working in, or depending upon, health and care. Any hopes of a quick recovery post-Covid are well and truly sunk.

In my (quite long) career I do not think I have ever seen such widespread and deep problems and the signs of stress are everywhere. Public satisfaction with the NHS has been blown back to the level of the 1990s (when Tony Blair in the 1997 election told voters they had 24 hours to save the NHS), while satisfaction with GP services have never been lower. Waiting times have ballooned, whether in emergency or planned care. Beneath it all, as the Health and Social Care Select Committee has just said, `the National Health Service and the social care sector are facing the greatest workforce crisis in their history’. A fact forcefully underlined by the first ever annual decline in the social care workforce. Of course, this cannot all be laid down to the pandemic – the workforce crisis and its consequences have been years in the making and Covid-19 did not start the decline in performance, even though it did accelerate it.

The NHS has played only a minor part in the current election for a new Conservative leader... Debate on social care seems to have been completely absent.

We have been here before and, predictably, it leads to some calls for major reform or indeed, the wholescale dismantling of the NHS, overlooking the fact that the government has just passed its biggest set of reforms since 2012. The critique of the NHS follows a number of well-trodden paths: that the NHS is a bottomless pit, no longer affordable from general taxation; that it has too many managers; that it is being privatised. To this list has been added some fresh twists: that the government has `fixed’ social care, and that the problem with GPs is that they don’t work hard enough. We’ve published some analysis of these claims but suffice to say here, that they don’t stand up. I should add that this is not an exhaustive list but is a place to start.

One might expect such a state of affairs to be core to the political debate. Perhaps our politicians are now spoilt for choice for which crisis to address first, but whatever the reason, the NHS has played only a minor part in the current election for a new Conservative leader, despite Rishi Sunak declaring that the NHS backlog is a national emergency. Debate on social care seems to have been completely absent.

So where may the answer lie to the current crisis? We can hope that the current declines in Covid-19 both in the community and in hospital may provide some short-term relief as beds are freed up in hospital and as falling staff sickness rates raise capacity more generally across the system. More fundamentally it is also important to remember that the NHS has bounced back before. The dark days of the 1990s were succeeded by years of rising staff numbers, falling waiting times and high levels of public satisfaction all visible as the 2000s progressed (though still far from problem free, as the experience at Mid-Staffordshire showed). Equally, as deep as the social care workforce shortages are, there are ways to alleviate them (notably through pay).

But whatever they do, [the new Prime Minister] will need to avoid flawed analysis of the problems facing the system.

The next big step in the policy and planning calendar will be a proper workforce plan, due from NHS England and Health Education England towards the end of the year. A lot of hopes rest on this plan given how central workforce issues are, but there are concerns too as previous attempts have failed to translate into reality (or even get published). However, it is primarily a health workforce plan so cannot be expected to ‘sort’ social care. Of course, as we move into the autumn we will also have a new Prime Minister and possibly, a new Secretary of State for Health and Social Care. They will face some big choices: whether to back this new workforce plan; whether to stick with the current direction on spending and reform; taken together this implies hoping that incremental gains in reducing waiting times will give the public greater confidence that the NHS and social care are on the mend, even if slowly. They could choose to be more radical. But whatever they do, they will need to avoid flawed analysis of the problems facing the system, at least if they want to actually improve health and care in England.

Health and social care in England: tackling the myths

The health and care system is under intense pressure and as a result, patient and public satisfaction with services has dropped significantly, prompting discussion about the future of services. In what can feel like a heated political discussion, we have taken five myths that sometimes feature in this debate and debunked them. 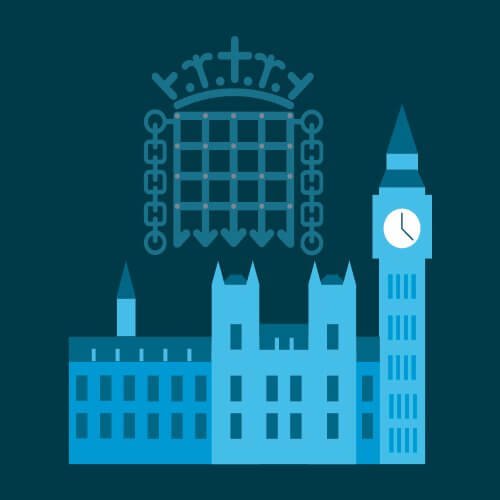 The Health and Care Act, which introduces significant reforms to the organisation and delivery of health and care services in England, received Royal Assent in April 2022. In this long read, we explain what the changes brought in by the Act mean in practice.

The NHS workforce in England is in crisis: urgent action is required to tackle a vicious cycle of shortages and increased pressures on staff, which has been exacerbated by the Covid-19 pandemic.

It is easy to talk about "crisis in the NHS", but this time things do seem to be uniquely difficult.

This blog is right to steer people away from simplistic solutions. It is surely time for politicians to look seriously at the problems the NHS has and develop solutions with some kind of consensus. The level of political debate - "a thousand new hospitals/a million new nurses" vs "they are only interested in privatisation" is pathetic.

There is little chance of politicians reaching a consensus on the way forward, so it will have to come from within the profession.

Further to Pearl's comment above. I think GPs are doing their best, as most people in work do, NHS or non-NHS. The problem is the system. We have got ourselves into a situation where the NHS is constantly looking for work, testing and screening using risk factors and not symptoms. The sheer arrogance that the future can be predicted using these single issue risk factors is unbelievable - but it does build empires for some ! Then we have the politicians with their 1 and 5 year cancer targets - again meaningless to measure real care these are easily manipulated by lead-time bias giving the impression that people are living longer after diagnosis.

If we have 6 million on the waiting list we don't need extra work generated by measuring against risk factors. But is the day job too difficult and unachievable so we need a distraction?

More changes are not making a difference to the problem. Why the Health and Social Care have been put together is just wrong. We need our NHS to treat the sick. It is not their job to educate people or dictate what they should and should not do. (Eating, smoking, drinking, jumping out of airplanes) If looking to reduce numbers needing care ban driving, no accidents less admissions! The idea of free training in return for a commitment to the NHS is good and stopping some NHS Doctors also running private services. They can not be in two places at the same time. I think we need a special "Temporary" tax to jump start the changes. You can not produce doctors overnight but premote good nurses and train more to replace them. Same for the care staff, both in health and social aspects, premote those capable.

I no longer try to contact the GP, i become more frustrated, they do not answer the Telephone, or reply to emails. i search the internet, (which is just as good as answering questions over the phone) when they decide to respond to my concerns. I repeatedly say GP Practices are know longer 'fit for purpose'. Radical reforms are necessary within the Community and Hospital 'settings. CLOSE GP Practices, open 24/7 Walk in in Health & Social Care Centers, EXPAND Community Hospitals to provide mini emergency surgery, everything accept planned Major Surgery, and EMERGENCY Treatment. To recruit and keep Dr, Nurses, and other essential NHS STAFF, an incentive MUST be offered. ALL Student Dr, Nurses, and other Clinicians should receive FREE TRAINING, EDUCATION, in return for a FIVE year NHS CONTRACT, a SALARY worthy of their position, and HOURS accordingly. A very sad case of a 47 year old Woman, many failed IVF treatments, until this last successful one, taken to the Hospital after 'signs' of Birth, sent HOME, shortly after she started to turn BLUE, the Husband contacted the Hospital to say he was bringing her in, and too be ready? they said if they had waited another 10 minutes she would have died, the baby was Stillborn 'perfect' weighted 9lbs, the Mother in a Coma for two weeks, with Major surgery. This is a friend, excited, and desperate for a baby of their own. FAILED by the NHS,

In the past, attempts to bring about change in general practice has focused on targets and financial levers. However, as we found in our work to support the Fuller ‘stocktake’, approaches that focus on culture, and efforts to cultivate bottom-up change that empowers frontline staff are far more effective in bringing about positive change.
Press release