Smoking in the English adult population was just under 14 per cent in 2019. This is a testament to the success of tobacco policy control and practice, the UK often comes top or close to it in international rankings of effective tobacco policy.

Yet, despite years of steady decline, smoking tobacco is still the single largest cause of preventable death killing 64,000 people every year in England. On average smokers lose 10 years of life. It is expensive, and the expenditure released could lift around 2.6 million adults and 1 million children out of poverty. Smoking is three or four times as common in some disadvantaged communities compared to the wealthiest. The health care and other social and economic costs smoking imposes on society are far greater than the tax revenue paid.

Despite years of steady decline, smoking tobacco is still the single largest cause of preventable death killing 64,000 people every year in England.

This litany of statistics come from The Khan review: making smoking obsolete, and explain why the review was commissioned, with a particular focus on health inequalities. His review is intended to feed into the government’s forthcoming health disparities White Paper, and it’s not surprising smoking should be so prominent in the thinking on disparities given the government’s last tobacco plan stated that smoking accounts for half the gap in life expectancy in England. Stubbing out smoking could therefore reduce much of this gap and also make a big contribution to the government’s healthy life expectancy goals as part of the Levelling Up health mission. The Khan review therefore comes at an important time for wider government health goals as well as smoking cessation efforts directly.

The review has 15 recommendations, the headline-grabber being the proposal to increase the legal smoking age progressively every year from the age of 18. This is a beguilingly clever proposal, providing a stepped escalator to legal eradication. If adopted it could help individuals, producers and retailers plan for long-term change, in a similar way to how the stepped introduction of the sugar levy has done for soft drinks. This gradual approach would de-normalise tobacco use entirely over time by turning off the tap of young smokers. The review also proposes stronger quitting support for existing adult users of tobacco, through a commitment to vaping including possible ‘swap to stop’ packs; and strengthening action on disincentivising vaping for children, through changes to packaging and flavours. Other policies include introducing licensing for tobacco retailers, continuing to increase duty rates, banning sales in supermarkets, media campaigns and specific ring-fenced funding for smoking cessation.

So far so good, but there are two areas where the report is underwhelming for one that aims to make smoking obsolete. The first is the ask in terms of additional resources, £125 million in all every year. That might sound a lot, but with around 6 million smokers in England that works out at an ask of £21 per smoker, less than the cost of 2 packs of 20 cigarettes each. Is that really enough for the scale of the challenge? The majority of this funding, £70 million, is for ring-fenced smoking cessation services, which if delivered through local government would double the current spending on smoking cessation in local government and take it to £140 million. This would be £10 million more in cash terms than where it was in 2013/14, since when it has fallen dramatically as a result of central government cuts to the public health budget. The rest is spread very thinly from tackling £15 million for tackling illicit tobacco (against the £1.9 billion in UK taxes lost to illegal trade) to £2 million for new research.

There needs to be a step-change in both the resources available locally, and more granularity in national policy and local practice... if inequalities in smoking rates are to be eliminated.

The second area that needs more attention is being more forensic on inequalities in smoking rates. The review sets out how smoking rates, experience and outcomes differ dramatically by population group, for example smoking rates in the most deprived areas are three to four times greater than in the least deprived areas, where illicit tobacco use is also much more prevalent. Some groups are also more dependent than others, such as those experiencing severe mental health problems, while smoking and cessation are experienced differently by gender and ethnicity for example, which has an impact on how people perceive and use services. Therefore, while population-level tobacco policies can be effective in narrowing some health inequalities there needs to be a step-change in both the resources available locally, and more granularity in national policy and local practice (for example, acknowledging that for some groups smoking is seen as having a form of control in otherwise chaotic lives, and much more support is needed) if inequalities in smoking rates are to be eliminated.

In conclusion, the government faces three key challenges in responding to this review: biting the bullet on the suggested escalator on the legal age of smoking; finding the funding to really make a difference (the funding commitments asked for in the review will make a significant difference but are unlikely to be enough in the long-term); and implementing the review’s suggestions and other measures that may come in response really deliver on inequality reduction. So the review is not a magic bullet, but if it is implemented in full through the forthcoming disparities White Paper it will make a real and lasting difference. 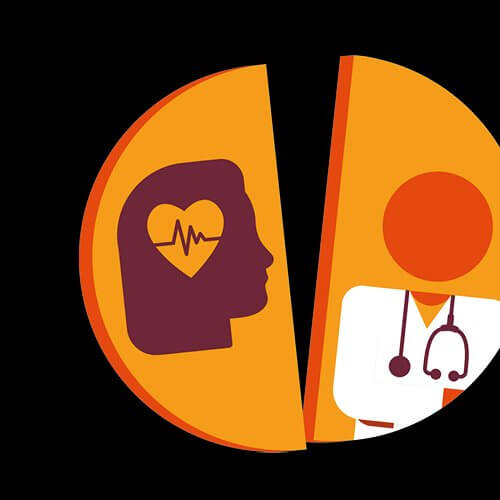 There’s no denying the success of smoking policy to date, but I’d have thought there would be diminishing returns from doubling down on the current approach to make it more expensive, harder to access and expanding cessation services. And an increasing likelihood of causing harm. The lessons from the war on drugs and war on obesity were that criminalising drugs leads to more crime and over-policed communities which increases health inequalities and stigmatising weight leads to people avoiding health care and receiving worse health care, again increasing health inequalities. It would be a shame to make both mistakes with smoking policy, which is what this new strategy is proposing.

I think the next step in tackling smoking should be about reducing the causes of health inequalities e.g. tackling poverty, unemployment and providing good health care to remove the barriers to quitting. In other words, reduce the chaos in people’s lives so they don’t need smoking as a form of control.

Also, I think a fact checker could do with running their eye over the figures in that report and tracing back the references. It looks like there’s a lot of bias creeping into the analysis to bulk up the costs to society of smoking. I’m no fan of smoking but I don’t think headline grabbing but misleading statistics help public health in the long-run.

Tackling poverty: how can collaboration and data help drive success?

The King’s Fund is working in partnership with the Centre for Progressive Policy to look at how data can inform priorities, challenge effectiveness and promote action on tackling poverty.
Paid event

Would you like help in developing your skills or a strategy for approaching population health? We offer a range of support to health and care leaders who want to improve population health at an individual, team, organisation or system level.
Blog