As our new report on the Wigan Deal illustrates, local authorities are increasingly adopting approaches to social care that aim to minimise the need for formal support by focusing on the resources already available to people in their families and communities. It’s an approach that requires a closer, better understanding of the individual, their strengths, their resilience and the assets around them, and – as the report suggests – there is reason to believe it could improve not just community-based social care, but also areas such as hospital discharge.

hat’s certainly the view in South Tyneside where social workers are now based at the district hospital, working alongside nurses and occupational therapists, attending daily ‘huddles’ with hospital staff and holding early conversations with often frail, elderly patients in a bid to understand more about people, from the moment they arrive on the wards. The aim is to certainly to get people home as quickly as possible, avoiding over-lengthy stays and delayed (or, equally, premature) discharges by understanding and lining up any support needed as early as possible.

But the emphasis is not just on speed. South Tyneside uses its strength-based approach to avoid ‘over-prescribing’ packages of care that may not be needed. Less, they believe, can be more.

It may seem counter-intuitive that cash-strapped councils would provide more care than people need. Yet they do. Research into delayed discharge across 14 health and care systems found that people were too often moved into nursing and residential care when reablement or support at home was what was really called for. It happens for several reasons. Pressure to get patients out of hospital to free up beds can lead to poor decisions – finding the easiest, quickest place rather than the best place – while poor management information can lead to staff not knowing where there is capacity. More fundamentally, in risk-averse heath and care cultures it can feel safer to over-prescribe the amount of care needed. A care home can appear a safer option than people returning to their own home with support, even if that is where the person would prefer to go and where their chance of long-term recovery is better. If the assessment takes place on the ward, when the individual is at their weakest, that option becomes even more likely and there is a strong argument that it is best to avoid long-term plans before people have had chance to recover at home.

It may seem counter-intuitive that cash-strapped councils would provide more care than people need. Yet they do.

Central to the decision should, of course, be the individual, which is why genuinely strength-based approaches put such a big emphasis on ensuring good, effective conversations. The model South Tyneside have adopted encourages three conversations, depending on the person’s situation. The first aims to build links and connections in the community so that people can get back to their lives without formal support. The second – which may not be needed – is used in a crisis to put together an emergency plan. The third – which again may not be needed – is about putting together a longer-term plan that does involve formal support.

This is not as straightforward as perhaps it sounds. Rather than exploring and creating options, it can be easier to adopt a tick-box approach to care planning. One social worker (not in South Tyneside) told me previously this turns social work into an ‘assessment factory’. Moving away from that takes a different, bigger set of skills for the social worker, a different attitude and – most fundamentally – a wider management culture that will back the judgement of people working in it. Not all social workers – or management cultures – are comfortable doing that. Unsurprisingly, areas that feel they are making progress in strengths-based approaches have often been at it for years (and still don’t feel they have absolutely cracked it).

Nor are strengths-based approaches without risks themselves. The Association of Directors of Adult Social Services has noted the fine line between the ‘positive aspiration of developing asset-based and preventative approaches’ and a ‘potentially unlawful and financially risky approach which is all about gatekeeping resources’. The distinction can be hard to identify because strengths-based approaches are difficult to evaluate. How do we distinguish between someone who has been offered effective non-formal support, linked to his or her community and is now thriving from someone who has been denied the care they need and is not thriving? A previous report from The King’s Fund, Home Truths, highlighted exactly these concerns. Problems with outcome measurement also apply to traditional approaches, of course, but the tension is perhaps less obvious: social care typically counts money spent and people provided with formal care as measures of performance, but these can be the precise opposite of what strengths-based approaches aim to deliver. Yet there are limited alternatives.

In risk-averse heath and care cultures it can feel safer to over-prescribe the amount of care needed.

South Tyneside would not claim to have cracked the evaluation problem, even in terms of the benefit to discharge processes. The introduction of the new approach on the wards did coincide with a reduction in average length of stay, but the hospital was applying other measures at the same time and it’s impossible to say which was the key factor. However, it is clear that hospital staff love the new, more integrated approach of social workers – one nurse described it as a ‘total success’. They say there is less sense of ‘us and them’ between social workers and hospital staff and – because of the more frequent contact – less need for larger-scale case conferences. These are achievements in their own right and, even in the absence of wider measures, should be celebrated.

We may not yet be able to say that less is more but, in South Tyneside at least, closer is certainly better.

Stay up-to-date on the world of health and social care and hear the latest news and views from The King's Fund with our email newsletters.

Updated with 2019/20 data, our 360 review outlines and analyses 12 key trends in adult social care in England over recent years. Using a variety of publicly-available data, it provides a uniquely rounded – ‘360 degree’ – view of the sector.

The role of communities in improving population health is receiving increasing, and long overdue, attention in health policy and practice. This piece gives an overview of the different approaches to working with communities for health.
Long read

Covid-19 is the biggest challenge the health and care system has faced in living memory; it's essential that lessons are learned from this experience. So how can the system build on this learning to bring about positive change and renewal? This long read sets out five priorities to help guide the approach to renewal across health and care.
Video

Stephen Rosenthal and John Williford talk about the approach of the Montefiore health system, and why their integrated approach to health care has been so successful. 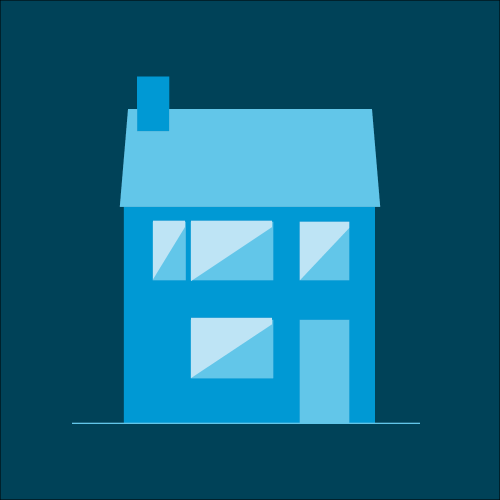