In archaeology there is a saying that one stone is a stone but three stones make a wall. When we looked at the trend for hip replacements in 2017 there was just one stone – one data point showing a decline in activity after more than a decade of steady growth. Two years later we have been back to see if it was the beginning of a wall.

Hip replacements are recognised as hugely successful, with most patients who undergo surgery reporting an improvement in their quality of life. In line with the ambitions first set out nearly 20 years ago in the NHS Plan, access to this type of surgery has increased over time, with the number of operations growing at a faster rate than the population. Between 2000/1 and 2014/15 the number of elective hip replacements carried out each year nationally almost doubled to 78,430, increasing on average by 4.8 per cent a year (see figure).

However, in 2015/16 the number fell and, after a small resurgence in 2016/17, it fell again in 2017/18, giving an average decrease of 0.5 per cent over these three years. Had the trend continued at the previous rate, an additional 13,200 hip replacements would have been undertaken in 2017/18. (Of course, this national data is likely to be masking some important regional variation too.)

Having seen a clear change in the trend, we expanded our research and looked at data on the average age of people receiving hip surgery, and the average health gain reported by patients (measured using patient-reported outcome measures (PROMs)) and found that both had increased. The increase in health gain is being driven primarily by a decline in patients’ health before the operation rather than an improvement in their health after. In short, those receiving hip surgery in 2017/18 tended to be older and to have reported being in worse health.

This trend of growing demand and longer waits is not unique to hip replacements and should be viewed in the context of wider operational pressures on hospitals.

So how should we interpret these trends? Viewed in isolation, the changing profile of those receiving surgery could be explained by clinical improvements, meaning that surgeons are able to operate safely on patients who are older, or have more severe conditions, than they could in the past. It could also be the result of a reduction in demand as those with less severe conditions increasingly opt to delay surgery or seek alternative treatments. This is certainly one objective of national programmes that support patients to manage their own conditions, or allow patients to refer themselves to physiotherapy services or see a ‘first contact practitioner’ based in general practice. There is also evidence that greater involvement of patients in decisions about their care (for example, through the use of decision aids) as called for in the long-term plan, can lead to fewer people opting for surgery.

However, as we found in 2017, other data tells us that a reduction in demand for hip surgery is unlikely to be the explanation for the reduction in procedures. The population of people over 65 – those most likely to receive hip replacement surgery – has continued to grow. At the same time, waiting lists for trauma and orthopaedic procedures, which include hip surgery, have been increasing, and the average (median) length of time people are waiting for treatment increased by more than 20 per cent between April 2012 and April 2018. Overall, this paints a picture of fewer people receiving treatment and longer waits to receive it (which may explain the decline in pre-operative health).

This trend of growing demand and longer waits is not unique to hip replacements and should be viewed in the context of wider operational pressures on hospitals. Rising emergency admissions, delayed transfers of care, high bed occupancy and staff shortages are all contributing to delays and cancellations in elective treatments.

It’s difficult not to conclude that – for now at least – restrictions on patients’ access and longer waits are symptoms of a service under pressure.

It also appears that – as we found in 2017 – financial pressures are playing a part, with commissioners responding to these by restricting access to some services, including hip replacement surgery. There are many examples of CCGs tightening the referral criteria for surgery on the basis of factors such as patients’ BMI or pain thresholds. Last year, for example, a group of Sussex CCGs attracted media attention over plans to restrict hip replacement surgery to those who had been in significant pain for at least six months. Commissioners can also choose not to fund certain treatments. There is evidence that exceptional funding requests (made by GPs to CCGs on a patient’s behalf), traditionally used to limit cosmetic procedures and fertility treatment, are increasingly being applied to a wider range of treatments, including hip surgery. This research also found that an increasing proportion of requests for hip (and knee) surgery are being rejected.

Thinking back to our archaeology metaphor, three stones may make a wall, but they don’t tell you what the wall is for or where it ends. In the long term we hope that the prevailing trend of fewer operations is a positive one, associated with improved population health and increasing access to non-surgical options. However, when we bring the data together with what we know about decisions by commissioners, it’s difficult not to conclude that – for now at least – restrictions on patients’ access and longer waits are symptoms of a service under pressure.

The NHS misses its new target for planned elective care

Siva Anandaciva considers the shift in priorities for the elective care waiting list and outlines three key considerations for developing a new strategy: how to best measure waiting times, setting realistic targets and the importance of short waits for patients.
Long read

On 7 January, the NHS long-term plan was published setting out key ambitions for the service over the next 10 years. In this explainer, we set out the main commitments in the plan and provide our view of what they might mean, highlighting the opportunities and challenges for the health and care system as it moves to put the plan into practice.
Long read

It would be interesting to understand the impact of Pre-operative Assessment/Preparation clinics on this data. Increasing numbers of hospitals have high risk assessment clinics run by Anaesthetists at which mature risk-benefit conversations take place and a shared decision-making process may lead to more patients opting for conservative treatment. This process is still relatively new in some places (and admittedly variable in how it is conducted) but may have an impact. This is much more than use of a 'decision-aid' although of course these exist. In addition, attendance at these clinics should actually mean patients' health is optimised prior to surgery rather than deteriorating while waiting which also used to happen in the past. You may find it interesting to assess the impact of this additional part of the process.

Is it me or does this report say very little, in essence, about factual reasons why elective hip replacements are increasingly inaccessible to hip pain sufferers? As a 72yr old battling with increasingly debilitating hip problems over many years unable to even get on a list, I wonder how GPs are instructed to judge pain levels suffered, and what the eligibility criteria are? Unlimited dosages of pain inhibitors and addictive pain killers, as in my case? And still the pain persists...

I just want to comment on this BMI resulting in no surgery. They would appear to totally disregard the effects that Arthritis has on people? The pain makes people inactive, if you have hip & knee problems exercising on a treadmill, cross trainer becomes impossible, along with depression. I don’t understand that the medics are unaware of why people increase their BMI! Surely, having them replaced is of great value to enable people to get moving again?

Thank you for getting in touch with us about opportunities here at the Fund. I’m afraid that we don’t offer any volunteer placements, only a nine-month paid internship. When this internship is open for applications, you'll be able to apply via our website: https://www.kingsfund.org.uk/about-us/jobs.

Hello, I want to work in your company on a voluntary basis, can you offer me anything?
a little about me:https://about.me/soniaj.robinson

The public has grasped what people who use social care already knew: it doesn’t provide all the support they need. Laura Schlepper, from Nuffield Trust, and Simon Bottery explore the data from the British Social Attitudes survey. 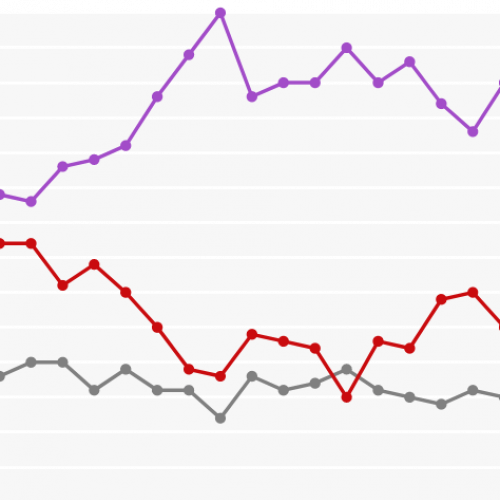 Overall satisfaction with the NHS fell to 36 per cent – an unprecedented 17 percentage point decrease on 2020.
Paid event

Improving quality of care: the vital role of people’s voices