Social care policy lurched back into the news recently after a long spell of inactivity. A proposal from a former Conservative minister and a spending announcement from Labour arrived, punctuated – as a reality check – by a major care home company going into administration. Both contributions, however, show that social care policy is the zombie of modern policy debate, stumbling unsteadily around in circles.

The most original policy input came from former Cabinet minister Damian Green. He proposed that everyone should be entitled to a ‘good level of care’, funded nationally in the same way as the state pension. In essence this is an enhanced, more expensive version of the free personal care system that operates in Scotland (and was discussed extensively in our own publication, A fork in the road).

Free personal care has many advantages and one major disadvantage – its cost. With the Health Foundation, we estimated this at an additional £7 billion to introduce in England in 2020/21, rising to £14 billion by 2030/31. The cost suggested as an ‘approximation’ by Damian Green – a mere £2.5 billion for a more generous system – is therefore a substantial underestimation, perhaps stemming from confusion about the likely costs of providing free home care. Yet, if it were really possible to provide all eligible adults in England with a good level of care for an extra £2.5 billion, the problem might have been solved by now.

There were other major problems with Green’s proposal, not least the focus on care homes to the exclusion of home care and the decision to ignore working-age adults, despite them comprising nearly 50 per cent of publicly funded expenditure. And though the paper sees a major role for private insurance, it is only for those might want ‘better food, a bigger room or more trips’ above and beyond the ‘good level of care’ to be provided by the state. Pre-funded insurance is a hard enough sell anyway, let alone for just this.

At the most generous analysis, the paper was an interesting idea heavily let down by the lack of analytical rigour. Its basic idea scores well on some of the five key attributes we suggest in Approaches to social care funding, particularly around equity, fairness and ease of use, but has serious problems around economic efficiency, value for money and, particularly, sustainability.

Despite pleas in the paper for a cross-party consensus, it drew a stinging response from Shadow Chancellor John McDonnell – a response described not unreasonably by the heath secretary, Matt Hancock, as ‘aggressive, partisan and entirely negative’. Perhaps this was inevitable when the report was launched in a local election week. Yet its central idea was far closer to Labour’s direction of travel – a national care service– than McDonnell appeared to realise or perhaps care.

Labour’s own policy announcement was less a clear policy and more a shopping list. Having committed to spend an extra £8 billion on social care during the next parliament, the party outlined what it would buy with this money:

Each of these may be a good thing in its own right but merely putting them together does not create a coherent overall policy.

Despite two decades of attempts by successive governments, there remains no clear long-term plan for reform and no clear path for developing one.

It appeared in the same week that one of the UK’s major care home providers, Four Seasons, went into administration. No homes are under immediate threat and Four Seasons failure may owe at least as much to the structure of its finances as to the low fees it receives for the 75 per cent of its residents who are state funded. Yet it shows the extreme pressure the social care system is under.

The 17,000 residents of Four Seasons homes – and their families – could therefore be forgiven for wondering whether there has been any progress towards a fundamental reform of how we care for our elderly and disabled population. Certainly there is no sign of the long-touted Green Paper,only vague assurances that it is still being worked on.

Attention is now likely to turn to the upcoming Spending Review, which will help determine the amount of money local authorities have to spend on social care for the next few years. There is strong case for additional funding for social care, not least because delivery of the recent, much-vaunted NHS long-term plan is predicated on the assumption that funding will be enough to avoid putting ‘additional pressures’ on the NHS. Yet a key feature of that funding has been its short-term nature, meaning that local authorities – and of course, people – cannot plan properly for their futures.

Overall, despite two decades of attempts by successive governments, there remains no clear long-term plan for reform and no clear path for developing one. The zombie continues to stagger around in circles, not dead and yet not properly alive either. 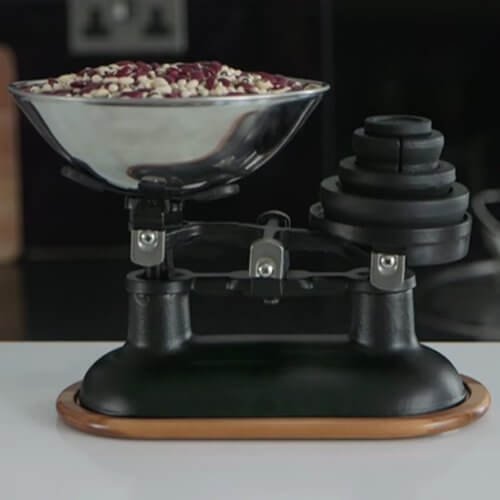 This is the third video in our ''Bite-sized social care' series intended to help explain social care in England. In this one we give an overview of how social care is funded.

Really pleased to see another commentary / response to the procrastinating position on the social care predicament from the ever insightful KF spokesperson Simon Bottery here It feels like some time since we had a position statement on the need for assertive action to address the stresses and struggles so many people needing care are enduring (and the precarious state many providers are finding themselves in too). I own 2 well regarded small non nursing care homes in Devon we feel positive about our general state - upbeat, keen, kind in our approach to what we do & proud yet several of our fellow local care homes have ‘gone to the wall’ in recent times. I drive past the bulldozed site that was one of them this time last year each day - soon to be a swish set of apartments with sea views etc instead of much needed 24/7 care for older vulnerable older people. My point / plea in responding to this piece is simply - we need a true commitment to what I say time and time again - we urgently need creative credible constructive action & support & solutions to the impending decline of choice of round the clock care in vibrant animated safe and fun care homes for the increasing number of people living into older old age living with complex healthcare needs. The over reliance on family support - often from an equally older spouse and an inadequate so called care package is unsustainable and wrong. The ‘when the time is right’ principle must be central to what we see as essential We held our rather grandly titled SW Regional Reference Group of the now newly forming SW Care Collaborative at the SW AHSN today where our long standing provider led Devon Care Kite Mark of 7 years is now evolving into a wider more inclusive coalition of likeminded activists We shared the recent letter sent to the current PM, Teresa May, by the ‘Health for Care’ body https://nhsproviders.org/media/605978/letter-to-the-prime-minister-from…. We thoroughly endorsed its content and welcome the words of support from the senior leads of many NHS bodies and well positioned colleagues. We only hope this accelerated the much needed courageous intervention needed at all levels from the highest to those of us in much more lowly direct contact with those we care for

Thanks Simon. Hope to pop in on you soon when next in the city.