Years of underfunding mean that people with mental health problems often struggle to get access to the same level and quality of care as people with physical health problems. In this week’s Budget, the government took further steps towards addressing this when Chancellor Philip Hammond announced that funding for mental health services will grow as a share of the overall NHS budget over the next five years.

This latest commitment follows Theresa May’s announcement in the summer that funding for the NHS will increase by £20.5 billion a year over the next five years. The NHS long-term plan for how the money will be spent is due out later this year but, according to the Treasury, at least £2 billion of this extra funding will now be allocated for new and vital improvements in mental health services, on top of current levels of mental health spending.

How the extra money is spent will have a huge impact, but we won’t know about that until we see the full plan.

Providing a ‘sneak preview’ of how some of the money will be spent, the Chancellor highlighted an additional investment of £250 million in new crisis services including: 24/7 support via NHS 111, children and young people’s crisis teams in every part of the country, comprehensive mental health support in every A&E by 2023/24, more mental health specialist ambulances, and more community services such as crisis cafes. The focus on people in crisis is important, as this is when they are most vulnerable and in need of professional support.

The Chancellor also committed to prioritising services for children and young people, including mental health support teams based in schools and specialist crisis teams for young people. This is sorely needed. An independent review by the Care Quality Commission in 2018 found that many young people experiencing mental health problems don’t get the kind of care they deserve. Finally, there will be an expansion of specialised employment support for people with severe mental illness, and the announcement of £10 million of further support for veterans with mental health needs.

Many of these commitments build on existing work, including the NHS five year forward view for mental health developed in 2016, and government proposals published earlier in 2018 to transform children and young people’s mental health support. The devil will be in the detail as to how far the new proposals go beyond these existing plans. Given that only a small proportion of the £2 billion has so far been accounted for by the Chancellor, there will be a clamour to go much further in addressing issues such as quality of inpatient care and support for people with mental illness in the community that have not received the same attention or investment.

While the announcement of more funding is encouraging, mental health care needs more than just extra money to meet demand. For people working in mental health, and the NHS more widely, the key issue will be whether enough staff can be recruited and retained to deliver planned improvements. The NHS workforce plan identified over 20,000 vacant posts in NHS specialist mental health services. Meeting current need will require investment in significantly more staff, but delivering parity of esteem will require far greater investment in preventative measures to reduce the number of people who require the support of NHS mental health services in the first place.

The King's Fund responds to the 2018 Budget

Responding to today’s Budget, Richard Murray, Director of Policy at The King’s Fund, said, 'The social care system cannot continue to get by on last-minute, piecemeal funding announcements.'
Report

Our report finds that the spending gap between NHS acute hospitals and NHS mental health providers is widening. 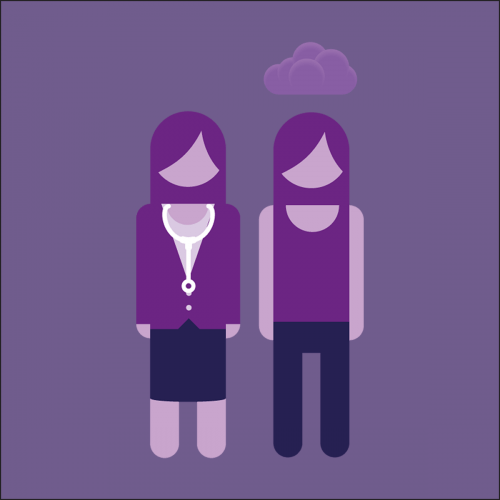 Bringing together physical and mental health: A new frontier for integrated care

Our report looks at the integration of physical and mental health. The authors discuss 10 areas that offer some of the biggest opportunities for improving quality and controlling costs.

'Parity of esteem' is important when we speak of Mental Health, but this will never happen if those Agencies fail to implement the Care Act 2014, and use 'Staff Shortages' as an excuse. EXAMPLE: if you suffered a Heart Attack the route is EASY, if you require EMERGENCY/CRISIS Support for those suffering a Mental Illness episode there is no direct route, this should be included in your 'Care Plan' if known to the system. It is important that 24/7 access is available to Mental Health Systems, including two way conversation or even ' SKYPE' if this has been set up for CARER and Patient. Mental Health is on the increase, including the breakdown of those already within the system for many reasons. DWP Disability - PIP has seen the MOST 'vulnerable' being effected by having their Welfare Benefits withdrawn? either because they failed to turn up for an Interview, or the 45page questionnaire was not accepted. The question is where is the TEAM or 'Care Worker/Manager'? probably at an ICS meeting discussing 'irrelevancies' when it comes down to basics, and common sense.

The Equality Act 2010 list Schizophrenia and Bipolar at the TOP of Mental Illness. The Ministerial response states anybody suffering from a 'severe' disability will 'automatically' be excluded from PIP ASSESSMENTS, supported by Government, but why is it still happening, and LA are no where to be seen?

The problems Carers and those suffering from a Mental Illness are this: Patient centred -Personal choice-Holistic leading to a better quality of life has all but been forgotten. Personal Budgets not even on the Horizon.

ICS cannot possible succeed, it has no idea what their finances 'SHOULD BE' based on the fact they are ignoring Patients Legal Right to a Personal Budget. The 'system' failure is down to poor training, education, insufficient staff, and an 'abuse' of their 'powers' in not delivering on their legal responsibilities to this 'vulnerable' group.

This makes me so mad weres the Money come from in the first place? And this isnt gunna help anyone wat needs it towards any sort of mental health services if the doctors helped you in the first place with the right diagnosis an not just putting you on any sort of medication which doesn't suit you in the first place an there's a start then it should help, why should we go an sit in a room with a complete stranger talking about our problems about the way of life if it wasn't for the government taking off poor people and giving to the rich then we obviously would possibly start to feel a bit better in life then being dragged to piller to post on support services which don't help anyway,after those meets with professionals you still go back to the same house we're u live with all the same problems how's that gonna change with just talking to someone. Instead of them cut, cut, cutting everywhere all in the wrong places why don't the government look at there own parties an start cutting there own people an their wages etc as to how many people are in parliament, surely in this day an age they don't need that many sitting on them benches as they don't do naff all anyway just look important but all they go back to they're 'perfect families an watch the world go round an think everything's alrite when clearly its not people are suffering they ought to open there eyes from daydreaming themselves before taking liberties of other people they owt to take a long hard look at themselves and start cutting on there end. Soo frustrating if they only had deep depression and adhd they'll soon change there minds!!!!!

Hi. Does your comment on this article mean the system needs help or you do? I just want to make sure you are ok and able to access whatever support you may need, if that's the case.

Securing money to improve mental health care... but no staff to spend it on

Ambitions to improve the quality of mental health care will fail if they are not accompanied by plans to address staff shortages. Helen Gilburt looks at the effect of staff shortages on staff, patients and quality of care.
Blog

As this year’s party conference season comes to a close, what have we learned about the main parties’ priorities for health and social care? Richard Murray weighs up the key commitments, from funding and the NHS workforce to social care reform.
Long read

On 7 January, the NHS long-term plan was published setting out key ambitions for the service over the next 10 years. In this explainer, we set out the main commitments in the plan and provide our view of what they might mean, highlighting the opportunities and challenges for the health and care system as it moves to put the plan into practice.
Press release