Social care is one of the biggest policy puzzles in English politics. A succession of reviews has suggested how the puzzle might be solved but governments of all colours have failed to find the will or the means to act. In the words of Labour’s former home secretary, Charles Clarke, social care remains firmly in the ‘too difficult’ box, seemingly resistant to the solutions put forward by some of the best brains in the land.

The nature of the puzzle can be described simply. The costs of social care are often unexpected and sometimes catastrophic. The private insurance market has failed to offer products to enable people to protect themselves from these costs and successive governments have chosen not to tackle this market failure. The complexity of current arrangements and different entitlements to health and social care also create confusion for people requiring support.

The consequence is that, in England, publicly funded social care is available only to those with extremely limited resources. Most people have to cover the costs of care themselves whether this is provided in their own homes or in residential care. Eligibility for publicly funded care has been tightened as council budgets have been cut during a decade of austerity, and Age UK has estimated that 1.2 million people have unmet needs.

The costs of social care are certain to rise significantly as the population ages, with new research suggesting that the number of people aged 85 and over requiring round-the-clock care will double by 2035. The question then becomes who should meet these costs and what should be the balance between personal responsibility and the role of the government. Public understanding of how social care works and is funded is limited and this contributes to the sense that current arrangements are not working and need to be reformed.

The immediate challenge is to address the impact of continuing financial pressures on local government. Councils are already planning for 2019/20 uncertain of what November’s Budget will bring and knowing that the gap in publicly funded social care will widen to an estimated £1.5 billion by 2020/21 if there are no changes in the government’s spending plans. The effects will be felt both by people reliant on councils for support and on the NHS which will be unable to use hospital beds effectively if social care is rationed more stringently. Failure to invest in social care will also make it difficult to develop new care models and to give greater priority to prevention and early intervention.

The long-term challenge is to find a better way of paying for social care on a sustainable basis and providing services that meet people’s needs. The government’s promised Green Paper, now expected to be published around the time of the Budget, provides an opportunity to address this challenge, although the auguries are not promising. Recent press reports suggesting that zombie ideas like a tax-free care ISA are under consideration indicate that the hard choices that need to be made are being avoided yet again.

The nature of these choices was analysed in the report of the Barker Commission in 2014. The Commission argued that a new health and social care settlement was needed based on a single budget and closer alignment of entitlements to health and social care. More generous entitlements to social care would be paid for mainly by public spending funded primarily through increases in tax and national insurance and implemented over a decade in view of the scale of changes needed.

One way of moving in the direction advocated by the Barker Commission would be to follow the example of Scotland and implement free personal care for people most in need. In work with the Health Foundation, we have estimated that this would cost an additional £7 billion by 2020/21. In our view, a truly sustainable and equitable social care system must be based on pooling risks and sharing costs across society, as has been the case in relation to health care for more than 70 years. The services on offer need to be tailored to people’s needs with greater emphasis on joined-up care in their homes.

Understandable concerns about intergenerational equity led the Barker Commission to propose that the bulk of the additional funding needed to fund a new settlement should be raised through increases in tax and National Insurance for people over the age of 40 who would be the main beneficiaries in the first instance. Options explored by the Commission included restricting winter fuel payments so only less affluent pensioners receive them, requiring people working past state pension age to pay National Insurance, and increasing National Insurance contributions for those aged over 40.

These and other options for raising the necessary public funds need to be at the heart of the Green Paper if the government is serious in its intentions to find a solution to the social care puzzle. Market failure is serious but government failure in a democracy is inexcusable and the time for action is now. Social care is one of society’s last remaining uninsurable risks and can only be tackled by confronting hard choices and engaging the public in resolving them. 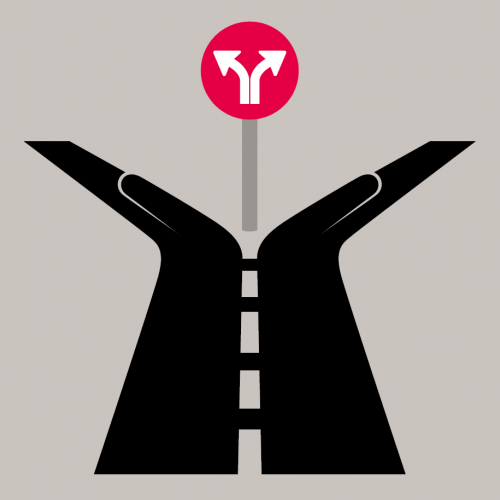 This report published jointly with the Health Foundation pulls together new financial modelling, public perceptions work and policy analysis to identify the problems with adult social care in England and outline options for its reform.
Report

The NHS at 70: What's the problem with social care, and why do we need to do better?

Social care is complex, poorly understood and widely perceived as unfair – while facing unprecedented pressures. This paper explains the current pressures on social care, the impact this is having in England, and sets out the barriers and potential solutions to funding reform.
Blog

Reforming social care is about more than funding

Health & Social care budget need to be brought together as was many years ago. Whilst budgets are competing when providing care for the same people innovation and economies are missed. This is a huge issue that can not afford to be ignored.