Maya Angelou, the acclaimed US poet and activist said, ‘We all should know that diversity makes for a rich tapestry, and we must understand that all the threads of the tapestry are equal in value no matter what their color.’ Yet in my experience, discussions on diversity in health and care can often polarise people.

I am interested in how we create diverse and vibrant teams in health care, seeking to capitalise on differences in the way people think and how they can combine their respective experiences and skills to deliver better outcomes. While there is a clear moral case to address diversity and inclusion, there is also growing evidence of the link between diversity and financial performance which leaders should not ignore. Research by McKinsey shows higher financial performance of large companies where there is a greater proportion of women and a more mixed ethnic and cultural composition. A recent NHS England report using national NHS Staff Survey data showed clear and strong associations between staff experience and how satisfied patients are. The researchers concluded that the extent to which an organisation values its BME staff is a good barometer of how well patients are likely to feel cared for.

When Health Service Journal published its list of top 50 chief executives this year, much was made of the fact that the top three were women. I applaud the women on the list for the work they do, but why in 2018 is it still seen as remarkable that women leaders head the league table? Why should this be such a surprise when 77 per cent of the NHS workforce are women?

'A recent NHS England report using national NHS Staff Survey data showed clear and strong associations between staff experience and how satisfied patients are. The researchers concluded that the extent to which an organisation values its BME staff is a good barometer of how well patients are likely to feel cared for.'

This year is the 100-year anniversary of women getting the vote. When I first saw the film Suffragette, my son aged 13, asked me what it was about. I gave him a short synopsis and he immediately asked, ‘Mum, how could the UK call itself a democracy if women didn’t have the vote? If a 13-year-old can have that clarity on equality, then what more will it take to engage people in the importance of diversity to society and for them to take personal action?

In our recent report with NHS Providers, Leadership in today's NHS: delivering the impossible, there is some evidence that leaders are taking more action on diversity but the data continues to paint a sobering picture of lack of diversity among NHS leaders. Looking at percentages of protected characteristics is not the whole story, what matters fundamentally is the lived experience of those staff in their everyday work. In the latest NHS Staff Survey for England, 15 per cent of BME staff said they had experienced discrimination from their manager or colleagues in the past 12 months. For white staff the result was 6.6 per cent. The Workforce Race Equality Standard (WRES), introduced in 2015, is a requirement for NHS commissioners and NHS health care providers including independent organisations. NHS England suggests that current WRES data shows ‘a trend of continued improvement in a number of areas, but there is still much work to do in some trusts, sectors and parts of the NHS’.

Diversity needs to be viewed as a strategic priority by organisations; the key elements necessary for cultures of inclusion are also associated with high-quality health care. But it is the practice of inclusive leadership that is critical, every day and at every level of the health and care system to make it a reality.

So what type of leadership does this require? The practice of compassionate leadership involves distributing leadership power to wherever expertise, capability and motivation sit within organisations. It means paying close attention to the people you lead, understanding the situations they face, responding empathetically and taking thoughtful and appropriate action. Importantly, it means progressing equality, valuing diversity and challenging existing power imbalances.

'Diversity needs to be viewed as a strategic priority by organisations; the key elements necessary for cultures of inclusion are also associated with high-quality health care. But it is the practice of inclusive leadership that is critical, every day and at every level of the health and care system to make it a reality.'

In his first speech in July, Matt Hancock, the new Secretary of State for Health and Social Care, said he wanted to drive cultural change to create ‘a culture of mutual respect where everyone is valued for what they contribute. Fewer hierarchical outdated rules.’ That statement is welcome, but it will also need those leadership behaviours to be modelled by staff at the centre of the system including the Department of Health and Social Care and its arm’s length bodies. The NHS England Staff Survey results published in March shows similar results to the NHS-wide staff survey, where more than one in five staff said they had been bullied, harassed or abused in the past year.

To further develop the workforce and encourage greater diversity, leaders and managers also need to consider how they can attract and retain talented people from outside health and care. As a senior manager in a large NHS trust, I once appointed a new member of staff to my team from a retail background. Several of my managerial peers expressed surprise and a couple were openly critical of my decision. They expressed considerable concern that without an NHS background the person would struggle to do the job and to appear credible to the team. They did not appear to see any value in bringing different work experience into the organisation. Typically, the job specifications of posts we advertised required a minimum of five years’ NHS experience, even for an administrative role that arguably didn’t require any health sector experience. The new member of staff soon became a strong, high-performing member of the team, and with his retail experience he rightly focused on the needs of his ‘customers,’ including staff and patients, to drive better outcomes.

Returning to the words of Maya Angelou, ‘In diversity there is beauty and there is strength’. I believe that we owe it to the communities we serve and to the staff we lead to actively champion diversity through the practice of our everyday leadership. 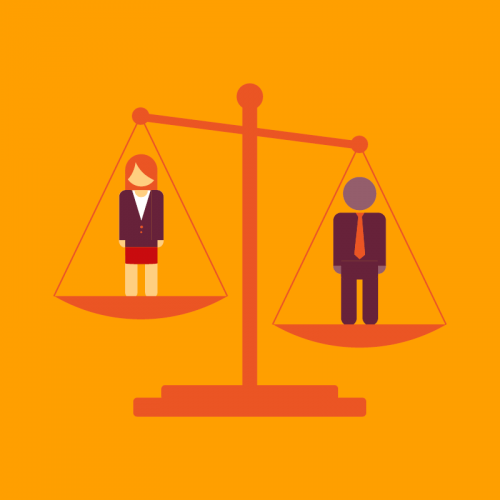 Mind the gap: women and leadership in the NHS

A podcast about big ideas in health and care. Episode three: is there a glass ceiling for women in health and care? Helen McKenna talks about leadership and gender in the NHS with Jane Dacre, Anne-Marie Archard, Sam Jones and Deborah Ward.
Blog

Closing the gap on BME representation in NHS leadership: not rocket science

Mandip Randhawa explores how to address inequality experienced by staff from a black and minority ethnic background in the NHS.
Report

Leaders in today’s NHS operate in a climate of extreme pressure. Staffing vacancies are rife, there are widespread challenges in meeting financial and performance targets and demands on services continue to increase. What can be done to support current leaders and encourage future ones?
Commissioned report

These infographics illustrate some of the key statistics when it comes to leadership in today's NHS.
Blog

Getting the right leadership in place

Rt Hon Jacqui Smith argues that getting the right leadership team in place – and keeping them there – is crucial for NHS trusts.

Excellent article thank you Suzie until people grasp the value of difference and embrace learning from that persons journey of lived experience rather than expecting conformity we will still feel like inclusion is a steep climb. Your spotlight on this is positive and helpful

Thank you for these powerful observations Suzie. It seems vital we persist in bringing about change in the NHS which was created on principles of compassion and inclusion. For more on how to ensure diversity and inclusion are the way we work see https://workplaceedi.group.shef.ac.uk/

First we need to look into what 'diversity and inclusion' means! to achieve an end result that benefits Professionals, Patients, and the 'wider community' we MUST understand and implement Legislation and the LAW. The Care Act 2014/5 is a typical example, The 'Convention of the Rights of Persons with Disabilities (CRPD) The Convention was adopted on the 13th December 2006 at the United Nations Headquarters in NEW YORK, was opened for signature on the 30th March 2007. 'ignored'

The Mental Capacity Act 2005 code of practice is 'abused' by many Professionals, they never re-assess these Individuals, and EVIDENCE suggest GPs/RMO have no idea what the 'five principles' are before they SIGN 'INCAPACITATED'.

It is time Carers (not all) are recognised for their expertise and more than capable of arranging and Co-ordinating Health and Social Care meetings.

Digital is 'key' : 24/7 access is essential for Carers and Patient. 'SKYPE' is great for 'face to face' contact.

Independent Advocates for those without Carers, Friends or Relatives to Support them is a 'RIGHT'.

Health and Social Care Professionals operate in a very 'fragmented' way, none are trained or educated 'outside' their 'boxes', that is why a NEW 'BREED' of 'multi tasking' Individuals are required, not necessarily from Health or Social Care, but someone who is well informed, kept up to-date with legislation and the LAWS.

The latest NHS Staff Survey results paint a sobering picture of a workforce under intense pressure. Sally Warren speaks to Annie Laverty and Steve Ned about the practical steps leaders at every level can take to support staff.
Press release

'It is a bitter irony that so many health and care staff are made ill because of their work,' says Suzie Bailey, Director of Leadership and Organisational Development at The King’s Fund, responding to the Health and Social Care Committee report on workforce burnout and resilience in the NHS and social care.
Blog