The ongoing row about the Better Care Fund and delayed transfers of care has flared again during a debate in the House of Commons on social care. Labour MP, and former shadow Care Minister, Liz Kendall said that one local county council, Leicestershire, feared it could lose £22 million in ‘fines’ after it was judged to be one of the ‘poorest performers’ in reducing delayed transfers of care (DTOCs).

The current Care Minister, Jackie Doyle-Price, did not like the word ‘fine’, preferring to say that the government ‘reserved the right to review allocations’ but – as current Labour shadow Barbara Keeley observed – the clear implication was that this review would be downwards and not upwards.

So what lies behind this tough stance with councils? The catalyst was a letter from Communities Secretary, Sajid Javid, and Health Secretary, Jeremy Hunt, threatening to withdraw funding next year from 32 local authorities deemed to have made insufficient progress in reducing DTOCs. Yet if seeking to allocate blame, the current figures on delayed transfers present a more mixed picture than you might think.

The source of the dispute, then, goes back further. The extra £1 billion of Better Care Fund money promised to councils this year was intended not just to reduce delayed transfers but to address the existing pressures on social care services and to support providers, who are facing additional costs, particularly from the introduction of the National Living Wage. However, exactly how the money was used was to be agreed locally and at the time the HSJ quoted a senior NHS source encouraging hospitals to  ‘get lippy’ in securing the money to reduce delayed transfers. This was probably prompted by the tough mandate the NHS received from the government to reduce the proportion of the total bed days lost to delayed transfers of care to 3.5 per cent by September.

As the year has gone on it has become clearer that this target will not be hit. The situation is also affected by what is now happening at the ‘front door’ of hospitals, with month-on-month emergency admissions from A&E running at 2.5 per cent higher than in 2016. So hospitals are filling up and, as we outlined recently, the UK has fewer acute hospital beds per 1,000 inhabitants than other advanced countries and very high levels of occupancy. Even a small rise in DTOCs can have big consequences when there is so little slack in the system.

So it is easy to believe that NHS England, aware that it is likely to miss its DTOC target, worried that hospital admissions are rising and could rise further this winter, is continuing to use whatever levers it thinks it has available to reduce DTOCs, mainly the  Better Care Fund money.

Councils, however, do not quite see it that way. The Local Government Association describes the row over delayed transfers as ‘hugely unhelpful’ and says it is ‘deeply concerned that the national narrative is seeking to attribute blame for DTOCs solely to adult social care’. They point out that councils are already planning to spend around one third of the extra £1 billion on DTOCs, which they argue is a reasonable amount as only a fifth of new requests for social care last year related to people in hospitals.

And even if they were to allocate more money to DTOCs, would it make a significant difference in the short term? Perhaps not, as delayed transfers are more likely to be the consequence of system failures rather than the actions of individual parties, whether in social care or the NHS. Demonstrating this are the recent Care Quality Commission reports on health and care systems in Cornwall  and Sutton.

The report on Cornwall, which has high delayed transfers, describes systemic problems: ‘The systems in place for discharging people… were confusing, despite the efforts of frontline staff and the onward care team. The processes and direction provided to them to manage the DTOC were incomplete, duplicated and not aligned to an agreed operational plan or strategic vision for inter-agency working.’ The CQC recommendations are around systems leadership, inter-agency working, staff and customer engagement and management accountability, recommendations that will take some time to yield results.

For Sutton, which has much lower DTOCs, the findings were that collaborative working and a listening culture had ‘improved care for older people in care homes in order to both reduce hospital admissions and to enable rapid and safe discharge from hospital’.

These findings highlight the need for the NHS and social care to work together to resolve issues like DTOCs. Actions that might threaten partnership working – for example, stoking a dispute about funding or behaving in a way that has been described as ‘bullying’ – are unhelpful as winter approaches and collaboration surely becomes even more essential. 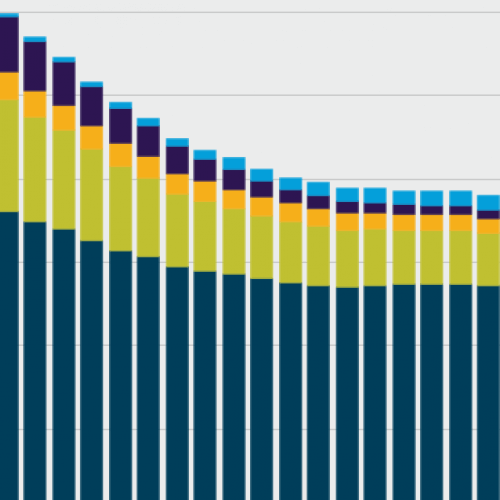 Over the past three decades the number of hospital beds has been declining in England. This is a result of medical advances and a shift in policy towards providing treatment and care outside hospital.
Blog

Delayed discharge: 'It’s not just about the money'

Delayed transfers of care will only be solved when there is substantial additional investment in community-based services alongside local reform and improvement, argues Richard Humphries.
Blog

Why is it more difficult than ever for older people to leave hospital?

David Oliver looks at the findings of the National Audit Office report and considers why hospitals are still failing to discharge older people on time.

Terry
How can you when you have targets to meet that have nothing to do with patient care, a lack of continuity of recruitment, lack of funding in councils so social care is broken, i.e. blocking discharges, a huge burden of compliance, and a deliberate policy of constant, catastrophic reorganisation that would bring down even Microsoft.
You are right. It does not need more money. It needs rid of the jackanapes Hunt and Stevens who have created a system designed to fail.

Get a grip. Stop griping, do the things that even the average member of the public can see should happen - and have been promised for years - Health and Care get your heads together, knock them hard and get on with it.
The public are getting fed up with the answer always being about more money. If its too hot in the kitchen get out and lets have people there that can really show that the patient is at the centre of the wheel and not on the rim and ready to drop off because of the lack of the most basic of care and attention.
Manage what you have better.

Discharge to Assess is helping in reducing bed days and improving joint working between health and social care in Bexley.