The launch of the National Health Service (NHS) in 1948 had a significant effect on The King’s Fund, bringing new opportunities and changing the direction of the Fund’s work. The latest in our series of blogs celebrating the Fund’s 120th anniversary explores the Fund’s work after the ‘Appointed Day’, when the NHS officially opened its doors to the public.

'It is natural to ask, ‘what is The King’s Fund going to do with its money, now that the need to sustain the voluntary hospitals has passed into history?'

These were the words of the Duke of Gloucester, then-president of the Fund, speaking at The King’s Fund’s annual meeting on 9 July 1948, just four days after the NHS was launched. For the first 50 years of its existence, the main role of The King’s Fund had been to raise money for London’s voluntary hospitals. The new NHS system meant that most voluntary hospitals would now be administered by the state and would no longer need the support of the Fund. This offered an opportunity for the Fund to use its resources on other projects to improve health care.

To help decide its future direction, the Fund began to gather information and learning from health organisations in other countries. In 1947 staff from the Fund visited several recently built European hospitals to study hospital design and planning. This was followed by a trip to the United States and Canada to exchange ideas with organisations such as the Rockefeller Foundation and The Commonwealth Fund in New York, ‘whose activities were to some extent parallel with those of The King's Fund’. These visits were significant in shaping the direction of the Fund’s work over the next decade. 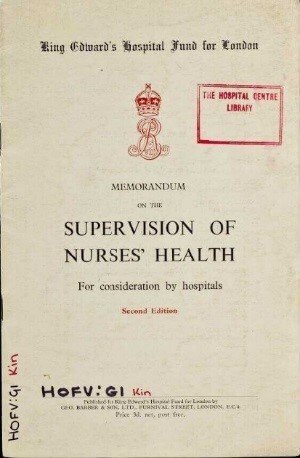 In 1948, the Fund set up a division of nursing to continue its work into improving working conditions for nurses. Following World War II there was a shortage of nursing staff, fuelled by problems with recruitment and retention of qualified staff. To address this, the Fund ran a recruitment service that offered careers advice, worked to improve the public image of nursing, and made recommendations to hospitals on how to improve the health and wellbeing of nurses. In 1949, the Fund also opened a Staff College to train nurses who wished to become ward sisters.

In 1951, the Fund set up the School of Hospital Catering. As well as providing training in practical aspects of hospital catering, the school continued the Fund’s research into and guidance on the standard of meals served in hospitals; for example, a food bulletin from 1948 recommended that patients with fractures or burns or who had had surgery should have a diet rich in protein. 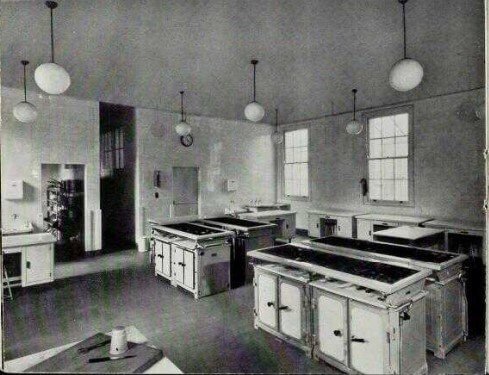 The Hospital Administrative Staff College also opened in 1951, providing short courses for senior administrators and full training for those new to the profession. Keen to recruit to the field, the college’s recruitment advisory service published a pamphlet to encourage school leavers to consider a career in hospital administration.

In addition to establishing these new colleges, the Fund began work to improve social care provision. In 1948, the Fund produced a report looking at the work of hospital ‘almoners’: trained hospital social workers who helped to co-ordinate aftercare for people leaving hospital. The King’s Fund recognised the importance of this role and offered bursaries to people wishing to train in this field.

The Fund also became involved in projects to improve 'the care of the aged sick' and to improve care for men, women and children discharged from hospital by raising the quality and profile of convalescent homes. As part of this work, the Fund published an annual directory of convalescent homes serving the London area, which was used by almoners and other professionals to find suitable placements for recovering patients.

The decade following the launch of the NHS was one of expansion for The King’s Fund, establishing the organisation as both a centre for learning and as an authority on best practice in hospital administration. The next blog in this series will continue to explore the historical role of the Fund, looking at the Fund’s work in hospital design.

I had the privilege of working for the King's Fund during another period of significant transition (1978 - 98). Lynsey tells this history well but, if anything, underplays the significance of the transformation which the Fund leadership (in governance as well as in management) made in these early post-war years. Moving from funding improvements in London's voluntary hospitals to investing, not just in London, in developing the multi-professional leadership of the newly nationalised NHS was an outstandingly valuable change of direction: one which recognised that effective leadership and the quality of human resources were key to the success of the national health service in austere times. Perhaps we can still learn from these establishment innovators from 70 years past.
Very interesting article again Lynsey!