With a general election announced for 8 June, it is worth remembering what opinion polls tell us about the public’s attitudes towards the NHS.

These facts, alongside mounting evidence of the huge pressures facing health and social care, suggest that the NHS will be one of the key battlegrounds in the election campaign. Labour in particular is likely to focus on the government’s record on the NHS, even if Brexit will be the main issue of debate.

Ahead of publication of the parties’ election manifestos, we set out here five tests for assessing the credibility of their commitments on health and social care. We also highlight the importance of choices the next government makes on tax and public spending, and its willingness to lead a grown-up debate about the balance between public and private responsibilities.

The Department of Health’s budget will increase by around £4.5 billion between 2015/16 and 2020/21 on current spending plans, a long way short of the £10 billion increase claimed by the government. If these plans are left unchanged, then the prospect is of patients waiting longer for treatment and care being increasingly rationed. The first test for the manifestos is whether they face up to the funding challenges in the NHS and make credible commitments to provide the resources needed to sustain current standards of care and fund any new promises. This must include sufficient funding for social care as well as resources to implement existing commitments on mental health and general practice.

2. Improving how care is provided

The second test is to commit to achieve greater integration of care around the needs of the growing and ageing population. More emphasis must be given to providing care in the community and in people’s own homes, with hospitals and residential care being used only when necessary. Changes to hospital care are also needed, including concentrating A&E and maternity services in fewer hospitals to improve patient outcomes in some areas. Politicians will be colluding in the continued provision of unsafe services if they make commitments to protect local services that are unable to meet required standards, for example, because of shortages of skilled specialists and nurses.

The third test is to translate the rhetoric about prevention into a cross-government commitment to improving population health. This means acting on the wider determinants of people’s health and wellbeing including housing, employment, air quality, diet and nutrition, and opportunities to take exercise and keep fit. The Department of Health should provide leadership on these issues, by ensuring that policies across government improve health, and by backing tougher regulation – for example, of the food and drink industries. Local authorities should provide leadership at a local level, in partnership with the NHS, and public health budgets should be protected to prevent further cuts in spending which, if they continue, will store up problems and costs for the future.

4. Working with people and communities

The fourth test is to draw on the power of people and communities in rising to the challenges that lie ahead. Priorities here include valuing and supporting the contribution of third sector organisations and volunteers in both the NHS and social care, and empowering people to play a more active part in their own health and care. It also means supporting families and carers who make a huge, often unrecognised, contribution alongside health and social care staff. Communities of interest and place can also contribute to the ambition of fully engaging the public in improving population health as advocated in the Wanless Report.

Health and social care are ‘people businesses’ which depend critically on the training, recruitment and retention of a wide range of staff. Shortages of staff have led to increased reliance on locums, and the cost of doing so is one of the factors behind current financial pressures. Growing workloads have created more challenging work environments and have raised concerns about staff retention, including among junior doctors and among GPs approaching the end of their careers. Brexit creates a risk that the NHS will lose more EU nationals working in the NHS, thereby adding to the pressures that exist. Our fifth test is whether the manifestos face up to these issues and set out credible plans to address them.

Meeting these challenges will be difficult for all parties at a time when the public finances are under pressure and Brexit creates uncertainty about the economy.

All the more important therefore that the parties do not constrain themselves by making commitments on tax and spending that make it impossible to do what is needed to sustain and improve health and social care. This is particularly important in the context of the current government’s plan to publish a Green Paper on options for funding social care, and the need for a new health and social care settlement funded by increases in taxes and National Insurance, as argued by the Barker Commission. Growing public support for tax increases to boost NHS funding is creating a more receptive environment for these issues to be debated.

The true test of the manifestos will be their willingness to confront these issues and engage the public in a grown-up conversation about the balance between public and private responsibilities in a society in which the needs of all are valued and met fairly. 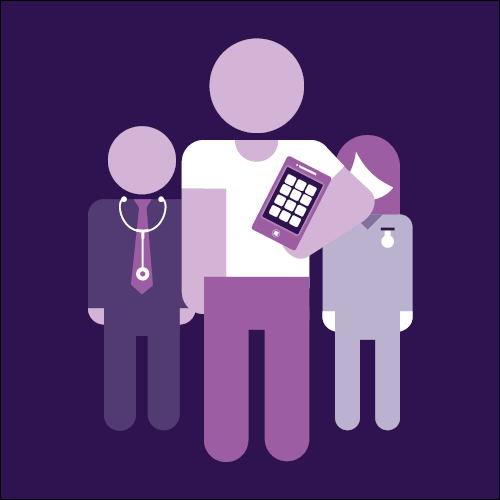 2017 promises to be another challenging year for the health and care system. We identify five priorities for the year ahead.
Report

Public satisfaction with the NHS in 2016

In 2016 the NHS remained popular with the public. In particular, the public values a system that provides high-quality, comprehensive services that are free at the point of use.
Paid event

Difficult commissioning decisions: How to navigate changing and challenging times

One hears much in the manifestos about being fair to all. A natural and admiral desire. What one does not hear is that being fair should mean being fair for oportunities in life. It does not mean being fair on the standards of life that are provided by the oportunities. The standards achieved depend on the way in which fair opportunities are developed by personal efforts and creating solutions to lifes challenges. I would prefer to hear politicians advocating the need to seek and rise to the challenges that face us all rather than suggesting that we should all be treated equally. So far none of the political manifestos have mentioned the need to address individual challenges in order to achieve the standards of living that we all desire. They prefer to suggest that we should all be treated as equals as a matter of fairness. We do not all achieve equality, and the level we reach depends on the individual efforts we use to take advantage of a reasonable just and fair start in life. Let us hear more about meeting challenges
Proposed reinstatement of previous levels of corporation tax should yield
"The Ministry of Defence's budget for running Trident in 2016/2017 was a planned
The country needs to decide whether investing less in the NHS and therefore being the most 'efficient' health service is the correct approach. What would the scenario be if we spent as much per head as many other countries in Europe and less on nuclear weapons?
How many times can Labour spend Corporation tax to plug health, education & Uncle Tom Cobbly?
I agree with all you say but feel very strongly about workforce planning and staff retention. Jeremy Hunt (and my Conservative MP ) both seem to think that bullying staff is preferable to valuing them and I will find it impossible to vote Conservative whilst this attitude prevails in the party. Mrs May has just left it to Hunt and appears not to have the NHS in her agenda.