The financial difficulties facing the NHS have given rise to the suggestion from some quarters that the UK would be better off with a different model for funding health care.

Why, it is argued, aren’t we more like the Germans who use social insurance as the main way of paying for care, or the French who take out private insurance to cover part of the costs of their care. Or why don’t we adopt the system used in Australia where almost half the population receives tax breaks to help pay for private insurance, as well as paying taxes to fund the Medicare system that covers the entire population. The assumption behind these questions is that other methods of paying for care would be preferable to our tax-funded model.

Our briefing describes the three principal methods used to fund health care, drawing on international experience. These are general taxation (as in Australia, Canada and the UK), compulsory social insurance (as in Germany and many other western European countries), and private insurance (as in the United States). All these countries also raise funds by asking patients to contribute some of the costs of care out of their own pockets. It is common for different funding sources to be used in combination. France is an example, with compulsory social insurance being supplemented by funds raised through taxation, private insurance and co-payments by patients.

The chosen method and mix of health care funding reflects the history, culture and values of different countries. The United States has traditionally seen health care funding as a matter of personal responsibility and has looked to individuals and families to take out private insurance to cover the costs of care. Tax funding in the United States is used mainly to pay for Medicare for older people/retirees, and Medicaid, which is a safety net programme for people on very low incomes, in recognition of the difficulties facing these groups in buying affordable insurance cover. These two programmes have grown to the point where they account for around half of total health expenditure. The United States has one of the most expensive systems in the world, with health care expenditure accounting for around 17 per cent of GDP.

Contrast this with western Europe and Australasia, where health care funding is seen primarily as a public responsibility. Germany led the way when Bismarck introduced social insurance in the 19th century, at the beginning of what we now think of as the welfare state. Tax-funded systems evolved during the 20th century, with New Zealand leading the way in 1938 and the UK in 1948. The Nordic countries also pay for health care through taxation, but differ from the UK in that there is a greater reliance on taxes raised at the regional and local levels. In all these countries, private funding makes up a much smaller proportion of total health expenditure than in the United States where around half of all resources are raised privately.

International surveys show that one of the strengths of the UK’s funding model – which relies predominantly on general taxation, with around 10 per cent of the population taking out private insurance, and limited co-payments – is that people are not deterred from seeking access to care because of concerns about the costs. One of the weaknesses of this model is that funding goes through cycles of feast and famine, and is shaped by the state of the economy and the decisions of government on how much should be spent on the NHS. Seven years of austerity have reignited debate about alternative ways of paying for health care, but is the grass really greener on the other side?

The short answer is no. Compulsory social insurance has the advantage of demonstrating a closer link between what people pay and what they receive, but resources are raised through payroll taxes paid by employees and employers – and this is a much narrower tax base than that used for general taxation. These taxes add to employers’ costs and it is argued that this puts them at a competitive disadvantage in a global market. The narrower tax base also means that tax revenues are used to supplement the funds raised from social insurance.

The disadvantages of private insurance as the main way of funding health care include the costs incurred in marketing insurance and handling claims, and the inequities that arise when insurance premiums are based on people’s pre-existing medical conditions. These well-known market failures have led almost all high-income countries to rely on public funding raised through social insurance or taxation as the principal funding source. Pooling risks and sharing the costs of care are seen as important values in these countries, not least because the treatment of serious medical conditions may entail catastrophic costs that could cause personal bankruptcy, as is often the case in the United States.

All funding permutations have strengths and weaknesses and no health care system performs systematically better in delivering cost-effective care. In countries committed to values like equity, the main choice is between taxation and social insurance as the main way of raising resources. The enormous costs and complexity of shifting from one to the other explains why this route has never been taken in western Europe. Despite its faults, taxation has served the UK well since 1948 – notwithstanding the pressures that services are under.

The focus should now be on improving how the current funding system works, rather than changing it fundamentally. A good start would be to revisit the work of the Barker Commission and its proposals for a new health and social care settlement, paid for by changes in how public spending is used along with increases in taxes and National Insurance Contributions.

Difficult commissioning decisions: How to navigate changing and challenging times

How health care is funded

The way that health care is funded varies between different countries. Here we explain the main models used in their purest form, although most countries typically use a combination of these methods. 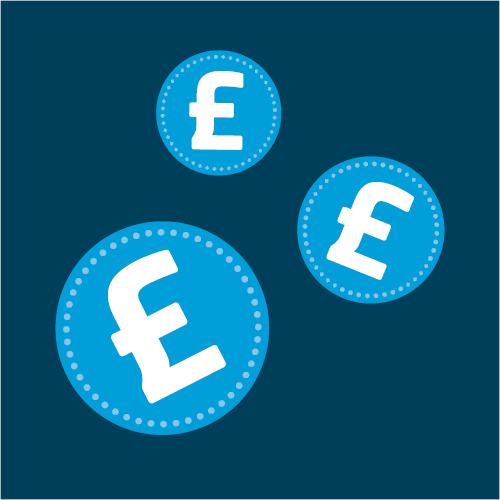 How should the NHS be funded?

With the NHS under huge financial pressure, questions are being raised about the sustainability of its funding model. Here we pull together a range of content around the NHS funding debate.

This is one part of some excellent enlightening and "myth busting" work by the Fund. Funding through general taxation (perhaps with greater hypothecation) is definitely what we should continue with in my view. An interesting alternative not covered here is however Singapore which has features which blend a broad funding base with individual ownership of funds which taken together incentivises judicious use of health services. While international comparisons are fraught with difficulty, and it is not a like for like comparator with the UK, Singapore's 4.9% GDP spend on health (WHO data for 2014) and good health outcomes suggests they are doing something right. So my comment is - great work by the Fund and please can future studies also look at wider examples rather than the normal comparators of Europe, US, Oz/NZ/Canada.
While the report identifies the main pros and cons for co-payments in primary care I should like to suggest that an additional pro is the change in the attitude of the GP that would result. The consultation would be between a customer and a provider and so avoid some of the paternalistic attitudes that exist currently. And if demand were to reduce it might be possible to provide better continuity of care and so improve both the efficiency and efficacy of the consultation.
What surprises me is how fact-free the discussion is.
Are some systems better at controlling input costs?
Are some systems better at delivering better quality healthcare? or more healthcare?
Do some systems deliver better value for money?
Do some systems overtreat or undertreat?
It would be nice to be told what the facts say rather than report the concensus.
I agree with Roger Steer - discussion often focuses too much on the funding and inputs side and much less so in the outputs. The Bismarck/ Beveridge debate is to my mind a thing of the past, all systems moving to mixed firms of funding. The outputs issue is where more research is needed, to identify what works and what not in health care delivery. But this is often perceived as being too complicated for the policy makers. At the end of the day, care delivery has not fundamentally changed one single iota since the creation of the different National Health Systems across the EU
This is a nice start to a debate that's much needed in England. I would add a couple of points:
- The Singapore model highlighted by Andrew Hine is one that is becoming a lot more common in the US, i.e. effectively people save towards quite high co-payments, which are capped through the use of catastrophe insurance. It combines some nice incentives with protection against bankruptcy - which, aside from high costs, is the most pernicious part of the US system (most people do have access to care, contrary to what is often reported)
- The Netherlands nicely combines private insurance with social insurance principles, i.e. everyone pays the same, regardless of risk (in contrast to the US form of private insurance). It's a nice balance between consumer incentives, fairness (addressing market failures) and limited government involvement, with some pretty good outcomes. In particular, with tax funding a relatively small part of the system, you don't have the problems with Treasury / political interference that the NHS faces, with ups and downs in funding and random initiatives that suit a political agenda rather than health priorities. Providers and insurers are much more independent and responsive to consumers, and get on with efficiency without needing instructions or 'guidance' - and they don't still use fax machines and pagers!
Agree with many comments above. The discussion of the three "pure" funding vehicles of taxation, social insurance and national insurance is very interesting, but as the article points out even relatively extreme examples of funding like the UK and US are in fact hybrids of different funding sources. The sense I have is not that commentators are not suggesting a radical shift from one model to another, but more of a honest discussion of what balance of hybrid may be most appropriate for the UK.

As James suggests, more overtly hybrid systems such as the Netherlands appear to provide solutions to the basic challenges of the pure models and therefore look attractive. However I'm sure they create other challenges of their own. Any analysis of these, together with any facts around outcomes / efficiency would be really insightful.

Absolutely true, the key is indeed to evolve and modify the current system rather than revolutionizing it.

The Chancellor used the Budget to give the NHS and public services funding to deal with the effects of coronavirus. Siva Anandaciva looks at this and other measures affecting health and social care.