Reflecting on the small proportion (less than a third) of NHS chief executives from a clinical background, Jeremy Hunt questioned ‘whether the NHS made a historic mistake in the 1980s by deliberately creating a manager class who were not clinicians, rather than making more effort to nurture and develop the management skills of those who are’.

The development of general managers in the 1980s followed the Griffiths Report, which argued that business-like principles were required in the NHS to oversee ‘planning, implementation and the control of performance’. Griffiths’ vision was that significant and lasting change in the NHS was possible only with management techniques found in industry. Although Jeremy Hunt suggested that this policy distanced clinicians from management responsibility, the report was actually quite clear that doctors would need to take on these roles if they were to keep the freedom to choose how to investigate and treat patients.

While there are undoubtedly some cultural and structural issues that get in the way of clinical leadership, has the medical profession allowed itself to become detached from management in hospitals? Established doctors can consider a number of directions for career development, including research and education – well-trodden routes to respect, recognition and reward. Clinical leadership roles, however, have less obvious benefits and may even place doctors in conflict with their colleagues (over allocation of resources, job planning or disciplinary action, for example). As Nick Timmins described so eloquently, the drawbacks are all too apparent to clinicians thinking of making the move to ‘the dark side’.

So what would change this? We know that paying doctors more money to carry out these management roles is rarely a positive way forward – most are not motivated by extra money once they reach a certain level of pay – so perhaps the satisfaction of using resources better to improve patient care is key. Part of the difficulty for clinical leaders, though, is that they do not always have the skills to carry out the job as well as they would wish (which can be demoralising in itself). Understanding management, as opposed to research and education, is not usually one of a doctor’s core skills.

While organisations like The King’s Fund have long offered development and training to clinical leaders, the medical profession is now starting to address this issue more systematically. The Academy of Medical Royal Colleges’ has provided welcome backing for the Faculty of Medical Leadership and Management, which is attempting to professionalise the clinical leadership career path through research, training and support. Additionally, the role of the NHS Leadership Academy will expand to include an international clinical leadership development programme – starting with 30 students attending Yale – and an NHS MBA has been established with leading British universities. However, the benefits of a medical leadership specialism are less clearly articulated, and may even be counter-productive if it reduces the doctor’s clinical credibility with colleagues.

There are obvious advantages to clinical leaders being close enough to the action to have real influence. Clinicians who are engaged at this level are far more likely to add value to their organisations by being more productive and innovative (and far less likely to harm their services by showing features of burn-out, such as cynicism). It’s right for clinical leaders to accept responsibility for making difficult decisions – about financial expenditure, location of services, workforce changes and the allocation of resources – but to frame this in a professional value-based context that acknowledges our task is to make best use of the resources to benefit patients. These ideas aren't new; in 2008 Lord Darzi (citing McKinsey’s work in the United States) described how clinical leaders with the power to make decisions improve both the quality of care and the effective use of resources. The King’s Fund has helped to promote this argument through its work on delivering better value in healthcare.

While Jeremy Hunt focused on the role of national bodies in supporting clinical leadership, individual trusts are also exploring what they can do. Within my own trust (Sandwell and West Birmingham) there are opportunities for clinical staff to learn general skills – for example chairing meetings, giving presentations or preparing a project – as well as more specific ones, such as handling staff investigations, dealing with sickness absence and improving recruitment. After Jeremy Hunt’s speech, Simon Stevens has reminded us that most management is in fact carried out close to the patients, typically by nurses and doctors who still have predominantly clinical roles. Far from being a mistake, the creation of general managers has brought valuable skills and expertise to the NHS. The error has been in failing to address the issues that prevent clinicians from maximising the value of their management roles.

The role of clinical leadership in the evolving NHS

Matthew Lewis, a hospital consultant who has recently joined The King's Fund on a part-time basis, talks about the role of frontline staff in demonstrating leadership through managing and using resources effectively at a time of substantial change for the NHS.
Report

The chief executive's tale: Views from the front line of the NHS

In this honest account of the realities of leadership in today's NHS, Nick Timmins talks to 12 departing chief executives about the highs and lows of the job.

There are fundamental issues in having non-clinical managers dictating the operational activity of a hospital. We do not run healthcare as a business in this country. It is a public service. In the parallel worlds of the military and the police, it would be unthinkable to have the most highly trained and experienced professionals in subservient roles. There are great requirements for better formal leadership training and management training for clinicians (doctors, nurses and AHPs), but ignoring their already high qualifications and skill sets is not the way to go about this. Generic managers from retail or leisure industry backgrounds are simply not able to comprehend the conflicting and non commercial pressures that healthcare operates under. Time for a rethink
In every organization, we need a strong management system, so that we can get good benefits from the working atmosphere. It is the duty of managers and other leaders to develop the management system of the organization and they are trying to implement several kinds of good strategies and skills to provide a better management system. Thanks lot for this wonderful article.
http://www.reginafasold.com/change-management.php
An interesting article but it concentrates almost exclusively on re- establishing management by Doctors, Nurses had a very good functional management structure (Salmon) Which was deliberately dismantled by General Managers to get their hands on its revenue budget ( 50% of any hospitals revenue budget.) As acting Chief Nurse for Portsmouth & Southwest Hants Health Authority I held a budget of over 22 million per annum and was never overspent. Don't make the age old mistake of concentrating only on doctors being managers. Nurses are the largest work force in the NHS and are closest to the patient and deliver the most hands on care and treatment. The Director of the Health Advisory Service told me that during hospital visits he was most impressed by nurse managers. In the management course I attended the only people who didn't see the necessity to attend were doctors They believed that if you were a clinician you were automatically a good manager. Lets have some bottom up thinking instead top down thinking from those residing in the stratosphere. I am at present writing a paper on the dismantling of the nursing profession and the NHS. You can have a copy when its finished. Kindest regards Derek McCarthy,
We need the best people whatever their colour or race. If the best people were all black, then it would be perfectly acceptable for all those making decisions to be black. Is there something wrong with the recruitment process or are all the best people for the job white? If the genuinely best people are black then there is obviously something drastically wrong with the existing balance. How can the situation be assessed in an unbiased way? It is, of course, possible that the best people are, indeed, white in this instance.
Dear Mathew

Jeremy Hunt is absolutely right that NHS made the biggest mistake of not nurturing good doctors and not training them to be good leaders in 1980s. This has wasted lot of money in NHS. NHS is a great Institution and it is probably the best way to provide universal health for the nation. NHS is good value for the money but it is neither safest, nor the best nor it is the most efficient healthcare in the World. But if we get clinical leadership that too medical leadership, medical engagement right then NHS can be transformed that too if we transform social care at the same time provided we get leadership, governance to the Board right and also we make use of good IT and digital care.

It is a sad reality that many good doctors do not want to take on leadership responsibility because they are not trained to be leaders. So doctors are neither good at leading nor good at being good followers.

Doctors are nightmare to manage but relatively easy to inspire and lead provided those who lead them are good leaders and one they respect and trust. Sad reality is in NHS many Board focuses on finance and targets and in such a culture they put pressure on staff to achieve those targets and staff suffer. When staff suffer patients suffer!

So NHS must focus on having more clinical leaders on the Board and must appoint all leaders for their values, leadership skills apart from technical skills. There must be good staff that too medical staff engagement and excellent governance for clinical performance and hold everyone to account.

If we do not get leadership and accountability for leaders right then we will waste lot of public money. Even Vanguard and Devomanc has appointed all leaders who are White. I would like to remind everyone that 45% doctors and 20% of staff working in NHS are from Black of Minority Ethnic background! So until we get Workforce race equality right we will not sort out NHS or social care! All leaders must be appointed for their values and in a value based organisation diversity and inclusion thrives. Most important is for excellent governance for all leaders.
Of course some able general managers are essential to well-run health care but the problem is that large numbers have been added in the NHS simply to implement unproven government policies, the internal market,targets etc. If Hunt wants to do something useful as well as saving a lot of money he should dismantle them.
See Lale & Thompson Journal of the Royal Society of Medicine: 2016, Vol.109(1) 18-26.

Women occupy less leadership space in the health and care sector than men and continue to be under-represented in leadership positions, despite making up 78 per cent the workforce. Mandip Randhawa and Simon Newitt describe The King’s Fund’s re-imagined leadership development programme for women who want to change that. 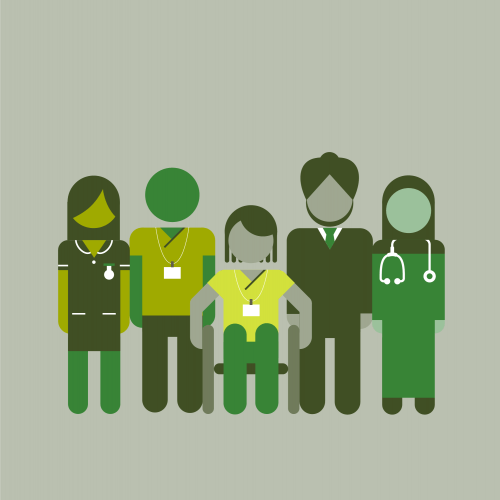 A very brief introduction to teaming

How can people who don't know each other work together and support each other effectively? (3-minute read) 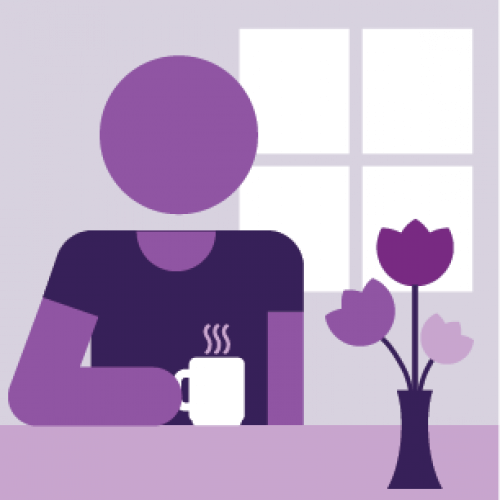 The practice of restorative self care among leaders is hugely important for sustaining energy and building resilience. (3-minute read)
Blog

GP trainees Dr Ree'Thee Bhatt and Dr Devina Maru share their experiences of working in health policy roles and outline why an understanding of policymaking is crucial to enabling clinicians to influence change in the health and care system.