Our briefing looks at the increase in activity in English hospitals over the past 13 years. It shows that recent increases in demand for treatment are nothing new – on the contrary they are broadly in line with the longstanding trend. What is remarkable is how widespread and sustained these increases are across emergency admissions, elective admissions, outpatients and A&E attendances. Perhaps the only oddity is diagnostics, where the growth is even higher, with activity having doubled since 2006/7.

We wish it were otherwise, but the availability of data means we have focused on hospitals to the exclusion of other services. Other parts of the NHS including general practice, mental health and district nursing have also been experiencing significant pressures. However, waiting time standards – for 18-week referral-to-treatment, A&E, diagnostics, and cancer – provide a degree of protection for patients in that those who need treatment in hospital generally get it within a reasonable length of time. This is not necessarily the case in other key services experiencing problems with access and quality of care. Even within hospitals, where in the days before tighter targets were introduced making patients wait longer for non-urgent treatment was a classic way to reduce activity and spending, recent increases in NHS waiting lists and waiting times may yet signal a return to the bad old days.

Rising admissions would be easier to deal with if patients could be discharged quickly. Indeed, in most years the average length of stay in hospital has fallen, freeing up staff and beds to deal with new arrivals. The combination of reductions in average length of stay and a switch to day-case surgery has meant the NHS has often been able to manage demand and reduce the number of hospital beds. However, as NHS Digital has noted, the average length of stay has reduced only slightly in recent years, providing little relief from rising demand. With the number of days lost due to delayed transfers of care also rising by more than a quarter in 2016/17 so far, any significant further reductions in length of stay are unlikely until the wider health and social care system is able to provide better and faster care outside hospitals.

With rising admissions and growing delays in discharging patients, we might expect very high bed-occupancy rates. This is exactly what we are seeing, with record levels of bed occupancy in mental health and occupancy levels for acute beds at their highest-ever level for the time of year. It would be an understatement to say that this is a difficult starting point for any sustainability and transformation plan aiming to reduce the number of hospital beds between now and 2020.

Rather than a step-change in the rate of growth in demand, it is the slowdown in funding (along with the additional staff it has paid for) that is the key reason for the financial and operational pressures facing hospitals. Between 2003/4 and 2010/11, funding for the NHS rose at an average rate of 4.8 per cent a year in real terms. However, since then it has been growing at an average of just 1.2 per cent a year, where it is likely to stay until 2020/21. Based on current spending plans, the NHS cannot expect to manage rising demand and maintain standards of care.

This emphasises the importance of finding ways to moderate demand and to make sure patients are treated quickly and efficiently once they are admitted. As well as building on innovations in the care of older people in the UK, this means learning from international examples – such as the Nuka system of care in Alaska and the District Health Board for Canterbury in New Zealand – which have had some success in moderating demand. It also means fulfilling the promise in the NHS five year forward view to radically upgrade prevention. Alongside the critical role of local authorities and the NHS, the government should make more use of the levers at its disposal including regulation and taxation. With this in mind, it’s encouraging to see the government following through on its plans for taxing sugary drinks, even if it has ignored other levers for tackling childhood obesity.

Some measures will take a long time to bear fruit, at least at national level. In the short term, along with continued efforts to deliver the savings outlined in the Carter review and other efficiency plans, the best hope may lie in reviewing and improving how services work in the community. This is a challenge given the evidence that in recent years, despite the rhetoric about moving care out of hospital and closer to people’s homes, the system has instead reinforced its financial and operational focus on the acute sector. As well as understanding what services the NHS should provide to best meet the needs of the population, we also need to understand how to get there. With the current mix of deficits, operational challenges and shortages of both staff and beds, the risk is that both the what and the how get crowded out once again. 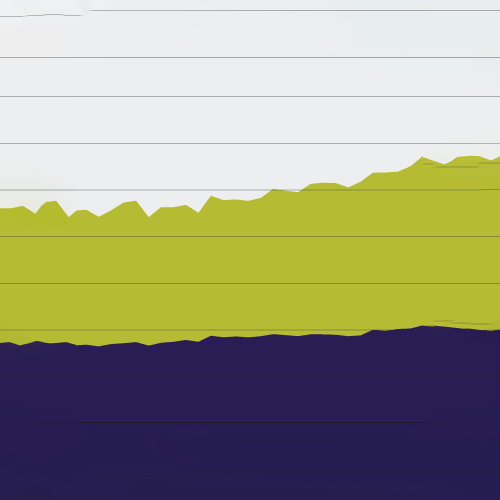 Why is the NHS struggling to maintain standards of care despite increased funding? Demand for services is rising.
Press release

The number of admissions to hospital are rising steeply and are outstripping increases in the NHS budget, according to new analysis published today by The King’s Fund.
Active project

Did the change to the hours in the 2004 GP contract, when Saturday mornings and the closure of practices at 6.30pm cause an unintended consequence of increased demand on the rest of the system?
With reference to Dr McGilligan's contribution, I do sympathise with him having to see 80 patients in one day. At 5 minutes per patient that is around 400 minutes of consultations, or nearly 7 hours in one go. My sympathies then become very much more towards his patients, and especially towards the last few! However my sympathy towards him (and many other GPs) is how much he earns. In complaining about his work load, perhaps he might like to share with us what he earned in his last full financial year. No, I didn't think so.
Demand for NHS is increasing and will continue to increase with cuts in social care and more and more people surviving for longer and longer. If we continue to do what we have always been doing nothing will change. NHS is now at breaking point. Staff morale is low. Junior doctors contract difficulties have not helped. What NHS needs is strong leadership from STP leads and complete transformation of health and social care. We need leaders with courage to do the right thing right.

Use of IT in NHS is simply shambolic. Purchasing equipment is left to each Trust and hence their price negotiation is restricted. There are too many Trusts, CCGs and lot of duplication of service. Many patients who can be looked after safely in the community are in acute beds because of lack of facility in the community. NHS wastes lot of money simply because of silos working.

Devomanc, 5 years plan, vanguard gives us fantastic opportunity to transform NHS provided we get basics right. They are value based leadership, Work force race quality (WRES), use of IT, stop thinking and working in silos and excellent clinical that too medical engagement and medical leadership and public and patient engagement and excellent governance and accountability for all including leaders and managers along with clinical staff. Sadly culture of bullying, racism (subconscious bias), discrimination, harassment, blame are so common in our NHS that unless we change the NHS culture nothing much will change.

NHS and Social care are two jewels in our Crown and both need excellent leaders who always put patients at the heart of everything they do but also care for all staff and engage them at every level. Service transformation will not happen without good clinical/medical engagement. Hopefully 2017 Devomanc will show how to transform health and social care and how to make the whole of NHS and Social care safest and the best.
Association is not causation, but the acceleration of increased A&E attendances ties in with the introduction of 111. I certainly see patients in A&E who are concerned that they have had to refuse an ambulance disposition to hospital, when they thought (correctly) that a GP could deal with the problem.
Will there be an analysis of how much demand and activity has risen in the community as well? Having seen over 80 patients on my on call day with no increase in resources and no payment by activity it is unsustainable. The plans to move activity into the community can only happen when the manpower and resources are there to receive it otherwise it is a paper exercise which will fail at the first attempt to move activity. The obsession to compare with international models confuses me as most places the patients have to contribute either through insurance or some co-payment. They also don't conflate health with social care which is one of the major design faults of the NHS. Free health care and means tested social care means people end up in "free" hospital beds when they are fit and just waiting for placement. The providers get paid but the commissioners struggle. Combining the health and social care budget would focus the minds of who ends up paying for the care. Also patients only know two places to access care A+E or their GP yet we commission both with perverse incentives that are counter intuitive. What needs to be commissioned is proper urgent care with the right skill mix to cope safely with the right communication to patients so they are not confused as to where to access the right care.
No improvement will ever occur

a) until CCG's and NHS Foundation Trusts and, GP's fund holding responsibilities abolished and the NHS restored as a truly "national" health service rather that the fragmented one created by the Health and Social Care Act 2102. and
b) social care integrated with the NHS rather than left as the responsibility of hard pressed local authorities where it competes with a great number of other priorities.
A well researched and thought provoking piece. Has the Kings Fund done any work on the non-clinical drivers of demand? I read that as many as 50% of the patients attending A&E are neither accidents nor emergencies and are attending A&E because more appropriate alternatives are not available to them. Does this figure have any basis in fact and how many people are discharged from A&E having received no treatment whatsoever?
As usual, King's Fund sits on the fence and supposes a solution may come from the magic bullet swallowed by STP that "Treatment at Home" is THE solution. No graphs shown of the deterioration in social care provision; the loss of care and retirement homes and domiciliary services. Nor is there anything here about what happens when serious incidents occur or epidemics sweep the land once the savage cuts proposed for Health Services are implemented.

Why is the NHS struggling to maintain standards of care despite increased funding? Demand for services is rising.
Press release

Matthew Lewis, Visiting Fellow at The King’s Fund, speaks at our 2018 annual conference. Hear learning from our report 'Approaches to better value: improving quality and cost' where we heard from staff at three NHS acute hospital trusts.