Whitehall watchers have been trying to separate the signal from the noise since the changes in government that followed the EU referendum in June. The signal appears to be communicating three messages to the NHS ahead of next week’s Autumn Statement.

First is that the NHS will receive no more money and should focus its efforts on delivering the NHS five year forward view within the current Spending Review settlement. Second is the argument that the NHS should do this because other areas of public spending such as defence and police have absorbed much greater financial pressures than the NHS without any harm being done. And third, that the NHS should avoid creating a lot of noise around changes affecting hospitals and should certainly not be proposing closures.

Nick Timmins has analysed the impact of cuts in defence, police and prison spending and offers a much less sanguine view than the one emerging from Number 10 and the Treasury. These cuts are having a real and negative impact, and, in the case of the prison service, are now being reversed – up to a point. Despite this, the Prime Minister and Chancellor are holding their line on NHS spending, reflecting no doubt their previous experience at the Home Office and Ministry of Defence of having seen the NHS budget protected when they had to manage the pain of real reductions.

While there is continuing debate about whether the additional funding provided by the government is £10 billion, £8 billion or £4.5 billion (in the Fund’s view it is the last of these), it is clear the government is not for turning on the argument that the Spending Review settlement should be re-opened. Jeremy Hunt has been consistent in maintaining that the government has provided the funding required to deliver what he calls ‘the NHS’s own plan’ – as have Theresa May and Philip Hammond. This puts the pressure on NHS England, NHS Improvement and other arm’s length bodies to show what can be achieved within available resources.

Brexit casts a huge shadow over how these issues are being played out in Whitehall because it is consuming so much time at the highest levels of government. Even more important are new personnel in Number 10 and the Treasury, with the Prime Minister and Chancellor having no ownership of the changes being pursued in the NHS through the Forward View and other policies. The NHS’s national leaders have much work to do to build their relationships in this new context, and to gain the confidence and support of the authorising environment in which they now find themselves.

As a former Home Secretary, May is the first Prime Minister since Margaret Thatcher to have led a major domestic spending department. It is said this makes her more inclined to hold government departments accountable for delivery of their plans and less inclined to second guess them by building up capabilities within Number 10. The Prime Minister is known to rely on a small number of trusted senior advisers, in particular Nick Timothy and Fiona Hill, and has no one on tap with the detailed knowledge of the health and care sectors provided by special advisers under the Blair, Brown and Cameron governments.

The other ingredients in this flammable mix are the Treasury’s very close oversight and scrutiny of the Department of Health, which is in special measures in all but name, and the still evolving relationship between the Department of Health, NHS England and NHS Improvement. The signals about this are contradictory. On the one hand, the Health Secretary continues to hold weekly meetings with national leaders, in which NHS performance is scrutinised closely; on the other, he makes it clear that the NHS, not the government, is responsible for delivering the Forward View. Simon Stevens’ own high profile and leadership on a range of issues reinforce the sense that NHS England is semi-autonomous, the quid pro quo being that it is also much more accountable for successes and failures.

At some point there will be a reckoning. If NHS finances and performance fail to improve sufficiently, and this could be as early as next spring, then the spotlight will be turned on the Health Secretary and leaders of NHS England and NHS Improvement. This will be a test of the ability of the fractured centre of the NHS to hold together; where accountability then ultimately stops will become clearer.

The spotlight will also be directed at the Prime Minister and Chancellor, who – for the time being at least – have turned a deaf ear to the claim for additional resources. An NHS crisis akin to that now affecting prisons will be a test of their resolve. While there are those who would no doubt use a crisis to question the sustainability of the NHS, the public’s strong support for the NHS is likely to weigh heavily in the government’s collective mind.

So from the point of view of the NHS, the 2017 Autumn Statement is likely to be more important than next week’s. As we have said, the most pressing priority for this Statement is to address the critical state of social care. However, the prospect of no real-terms increases in the NHS budget in 2018/19 and 2019/20 has never seemed credible and will surely have to be revisited. And perhaps at that point the realities of a health service on the brink will have percolated deeply into the corridors of power.

Can the NHS and social care be expected to withstand financial pressures as police and defence services have in the past?

Ahead of next week's Autumn Statement, Nicholas Timmins compares the financial pressures currently facing the health and care system with those weathered by other sectors in the past.
Report

The Autumn Statement 2016: Joint statement on health and social care

In a joint briefing, The King's Fund, Nuffield Trust and The Health Foundation analyse the action the government needs to take in its Autumn Statement.
Report

How is the NHS performing? November 2016: Quarterly Monitoring Report

The 21st quarterly monitoring report from The King's Fund provides an update on how the NHS is coping as it continues to grapple with productivity and reform challenges under continued financial pressure.
Report

Our briefing explores deficits in the NHS, including a consideration of their underlying drivers and the strategies being employed to tackle them. 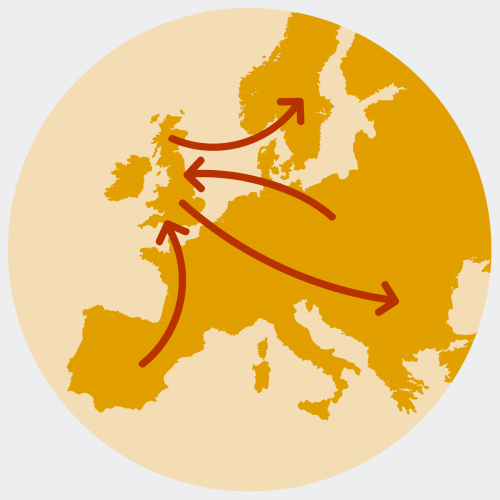 On Christmas Eve 2020 a new EU-UK trade and co-operation deal was agreed. Jonathon Holmes looks at what the new deal means for the health and care system.
Report

In the aftermath of the Brexit vote, we consider what lies ahead for health and social care, and the five big issues that will need to be considered.