Age discrimination can take several forms: the failure to afford older people sufficient respect, choice and control – described in numerous reports, most recently by the Delivering Dignity Commission – or the attitudes towards, language about and labelling of older people, who are often written off as ‘acopic’ or ‘bed blocking’. Some services and system rules are skewed in favour of the young, with far worse access and quality for older people in services like mental health and psychological therapies. And some conditions largely affecting older people (eg, dementia, osteoarthritis, osteoporosis or incontinence) receive systematically worse attention and treatment than those equally common in mid-life.

A survey of more than 1,000 experts in ageing and ageing in health care from across Europe for the Economist showed that 80 per cent were concerned about the standard of their own care when older and 51 per cent felt that older people were far less likely than younger people to have adequate assessment and treatment in their countries.

Yet there is legal protection against age discrimination in the NHS. The NHS Constitution guarantees a ‘comprehensive service to all, irrespective of age, a duty to respect human rights, access based only on clinical need,’ and the Equality Act explicitly bans age-based discrimination, whereby ‘meeting individual’s needs should be based on individual circumstances and not arbitrary assumptions based on their age.’

As a doctor who looks after older people and fights ageism, my first reaction is ‘thank goodness’ – clarity from government about rights, expectations and responsibilities. But so far, there have been no test cases on age discrimination in health care and the impact of the Constitution is unproven.

It’s sad that older people should need any special legal protection. Even the minority who are frail, demented, dependent or dying are fully contributing citizens. They are not somehow ‘other’ and generally have the same expectations of wellbeing and health services as younger people. But in a youthfulness-obsessed society, ageist attitudes, language or representations are common. NHS staff – some with similar attitudes – are drawn from this society. In his recent report, Francis was emphatic that poor care for older people with complex needs was at the heart of what went wrong and should be a priority for change.

Older people (unlike minority groups at risk of discrimination – eg, people with learning disabilities) account for the most activity and expenditure in health services, and will continue to do so, as the recent Lords' report Ready for Ageing, made clear. They are in effect a ‘disadvantaged majority’. The care of older people – often with frailty, dementia and complex co-morbidities – is now ‘core business’ and a major part of the jobs of most staff working in health and care. It is key to transforming the way we deliver care, as the recent report on transforming the delivery of health and social care by The King’s Fund sets out.

I do want to acknowledge others’ concerns about the danger of fixating on avoiding accusations of discrimination. For some services it makes perfect sense to focus on a particular age group, because of needs and skills, though this should not be a rigid age-bar. There are also times when age is entirely relevant to decision-making (for instance in relation to the dose or side effects of drugs or survival chances from surgery). Considerations about treatment goals, in terms of length or quality of life are legitimate for both patients and practitioners. And some transparent objective decisions on rationing legitimately take age into account – in some instances (eg, NICE guidance on flu vaccination or osteoporotic fractures) favouring older patients.

However, that doesn’t change the fact that organisations, professions and policy-makers can’t allow age discrimination to continue. And we mustn’t simply accept that ‘hospitals are bad places to care for older people’ as recently asserted by the Chief Executive of NHS England and the Chair of the Care Quality Commission. Let’s make hospitals (and the full range of services) good places to care for the older people who will continue to use them, rather than fancifully wishing them away. Legislation is only one of a range of solutions in the ‘revolution’ in care for old people, called for at last year’s Leeds Castle Summit. But unless our society changes its attitudes to older people, it will be an uphill battle to deliver results.

This paper summarises discussions from the Sir Roger Bannister Health Summit, held at Leeds Castle, which looked at the challenges of caring for frail older people.

Thank for highlighting this issue which is an on-going. This has helped me as I'm currently writing a report for BTEC Health and Social Care on Discrimination, the effects of Discrimination and how to prevent Discrimination.

The role of trauma-informed care during the Covid-19 pandemic

Deborah Fenney looks at how health and care professionals have been using trauma-informed approaches to create safe environments and support for people during the Covid-19 pandemic. 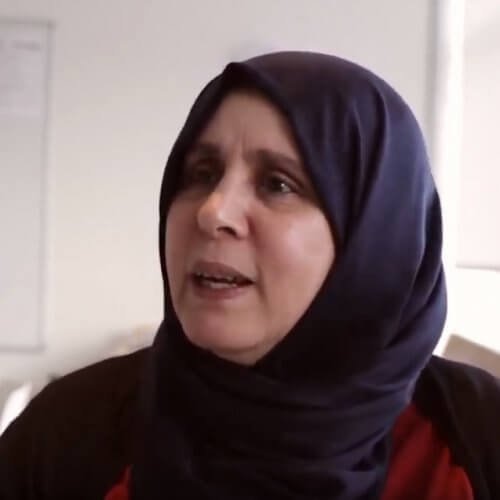 Fatima Elguenuni talks about the importance of language and listening in the context of delivering health services to the Grenfell community.
Blog

Maybe the shared responsibility framework needs a different framing: one that starts with the acknowledgment that people who have health problems have a rightful expectation that they will be supported at a time of need, says Charlotte Augst.
Slideshow