Michael West joined The King's Fund as a Senior Fellow in 2013 and became Head of Thought Leadership in 2015. He is Professor of Work and Organisational Psychology at Lancaster University Management School, Senior Research Fellow at The Work Foundation, Visiting Professor at University College, Dublin, and Emeritus Professor at Aston University. He was formerly Executive Dean of Aston Business School.

He graduated from the University of Wales in 1973 and received his PhD in 1977. He has authored, edited and co-edited more than 20 books and has published more than 200 articles in scientific and practitioner publications. He is a Fellow of the British Psychological Society, the American Psychological Association (APA), the APA Society for Industrial/Organisational Psychology, the Academy of Social Sciences, the International Association of Applied Psychologists and the British Academy of Management. He is a Chartered Fellow of the Chartered Institute of Personnel and Development.

His areas of research interest are team and organisational innovation and effectiveness, particularly in relation to health services. 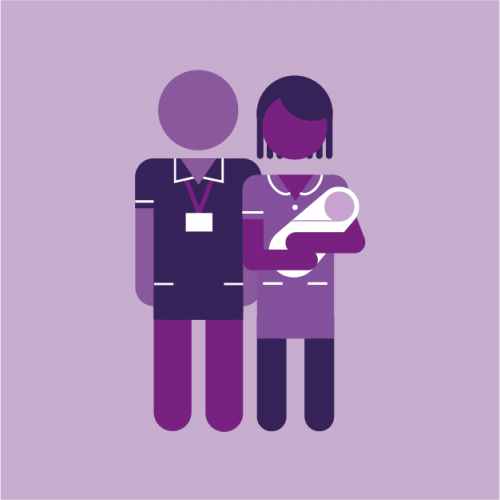 This report, commissioned by the RCN Foundation, explores the causes and consequences of poor mental health and wellbeing among nurses and midwives, and seeks to identify solutions to these issues and examples of good practice.
Blog

Learning from staff experiences of Covid-19: let the light come streaming in

The demands of the Covid-19 pandemic have led to new ways of working for health and social care staff. Michael West and Suzie Bailey consider what this period can teach us about improving staff satisfaction and overcoming the workforce crisis.
Blog

Suzie Bailey and Michael West examine why compassionate leadership matters now, in a time of global crisis, more than ever before and how leaders can best support those health workers and carers risking their own health and wellbeing in the fight against Covid-19 (coronavirus).
Blog

The NHS crisis of caring for staff: what do we need to do?

With high levels of staff turnover, sickness absence and presenteeism prevalent in the NHS, we need to significantly improve the working environments for staff. But how? Michael West reflects on the NHS staff survey and outlines the three core needs that must be met in the workplace.
Blog

It’s not about the money: staff engagement comes first

Compassion and innovation in the NHS

Michael West looks at the support available to NHS organisations that want to create compassionate cultures to stimulate innovation.
Slideshow

Professor Michael West explores the links between compassionate leadership and innovation and discusses the importance of collaboration across boundaries in health and care.