In 2016, the Fund generated external income of £8.5 million and expenditure was £15.3 million. The balance was covered by income from our investments and drawing down capital, in line with our financial strategy of maintaining the long-term value of our investments in real terms.

View our annual report for 2020

For more information about our income sources and investments please see our trustees' annual report and accounts or contact Paul Clough, Director of Finance and Operations: p.clough@kingsfund.org.uk.

How we are funded

Our funding comes from a variety of sources including: 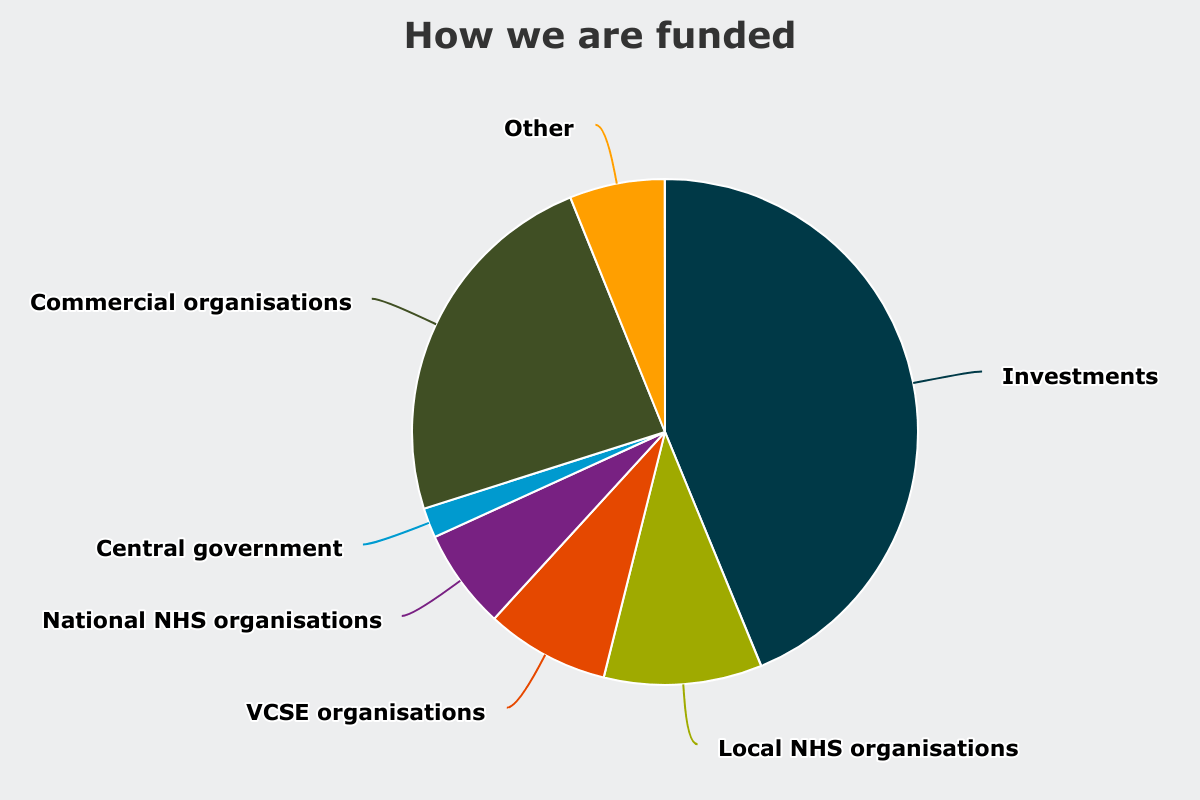 The funds raised when The King’s Fund was founded in 1897 have been invested and maintained ever since, guaranteeing funding to support our charitable activities. This endowment – which generated more than two-fifths of our funds in 2016 – helps safeguard our independence by reducing our reliance on public and private sector funding. More information about our financial and investment strategies can be found in our trustees' annual report and accounts.

In 2016, just under a quarter of our funding came from commercial organisations. More than half of this was from companies hiring our venue. This also includes revenue from companies who rent office space in our building, and income from our corporate partners and supporters which accounted for just under 5 per cent of our income. The biggest single payment we received from a commercial organisation was from GSK for the IMPACT awards, which support the work of small and medium-sized charities.

In 2016, nearly 8 per cent of our funding came from organisations in the voluntary, community and social enterprise sector. This includes not-for-profit organisations that rent office space in our building, grants from charitable funders, and research and policy analysis commissioned by charities.

Around 6 per cent of our funding in 2016 came from national NHS bodies. More than half of this was generated by a small number of projects commissioned by NHS England, NHS Improvement, Health Education England and the Care Quality Commission. These projects included work to support the vanguard areas developing new models of care; leadership development and quality improvement programmes; and input in developing practical tools to assist NHS organisations in their work.

In 2016, less than 2 per cent of our funding came directly from central government. More than half of this was for independent research commissioned by the Department of Health and Social Care through the National Institute for Health Research1 .

The remainder of our funding in 2016 included money from local government to provide leadership development and consultancy services, research funding and income from people who hired space in our venue for receptions, weddings and other social occasions.

How we spend our money 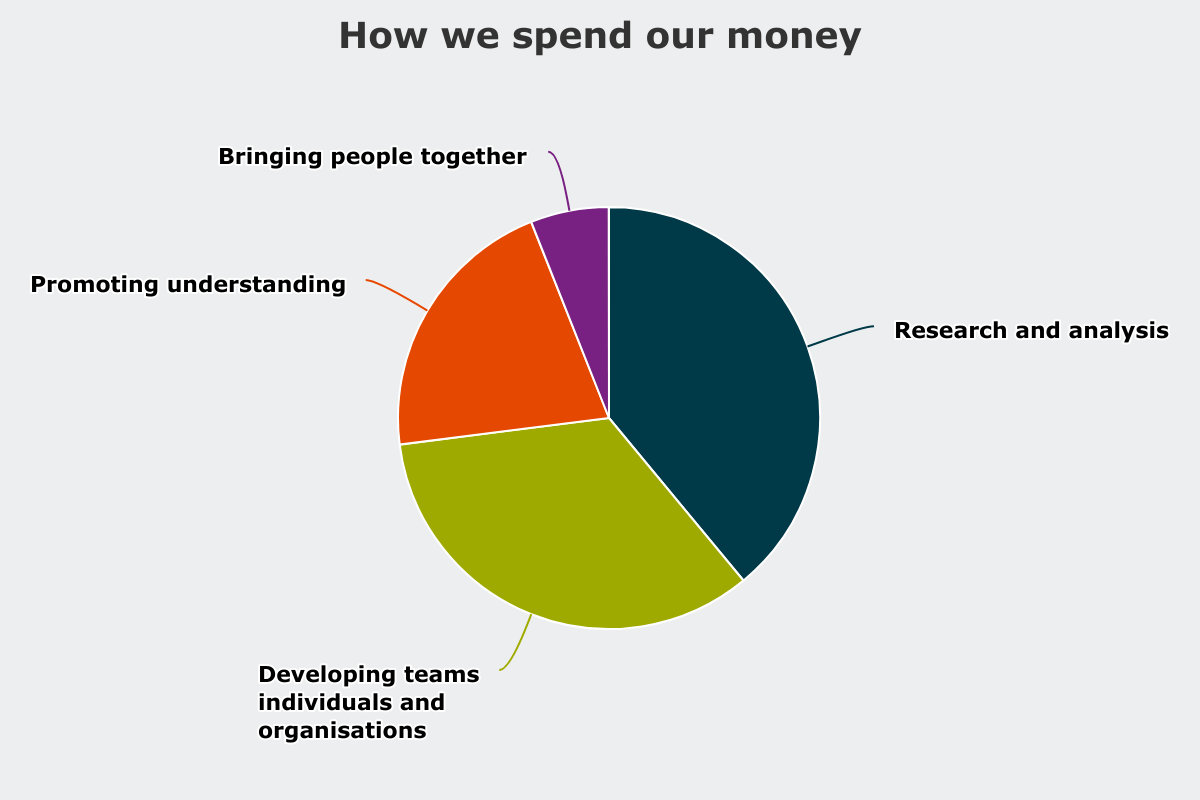 Research and analysis 39 per cent

Nearly two-fifths of our charitable expenditure in 2016 was on research and analysis to shape policy, influence practice and inform debate.

Just over a third of our charitable expenditure in 2016 was on leadership and organisational work to support individuals, teams and organisations working in health and social care.

Just over a fifth of our spending on charitable activities was to promote understanding and make sense of the health and care system.

Bringing people together 6 per cent

6 per cent of our charitable expenditure was on bringing people together through events, networks and meetings to discuss, debate and share learning.

Our independence is important to us. To make the impact we seek in health and social care, people must be confident in the objectivity of our research and analysis and our freedom to determine our own priorities.

How we are governed

The King's Fund is governed by the Board of Trustees, chaired by Lord Kakkar, and day-to-day management is delegated to a Senior Management Team headed by Chief Executive Richard Murray.

Support The King's Fund with a donation

Through the generosity of individuals, and careful management of our endowment fund, we are able to be an independent and influential voice, working to support and shape health and care in England.