In 2002, the Treasury launched the first of what were to become annual reports reviewing the long term (that is, 50 years into the future) fiscal sustainability of the public finances – from tax revenues to public spending and the overall state of the UK economy.

Since 2002, 10 reviews have been published (there was no review in 2007), with the OBR taking over responsibility for producing them in 2010.

Long-term UK health care spending projections: reports by the Treasury and the OBR, 2002–12 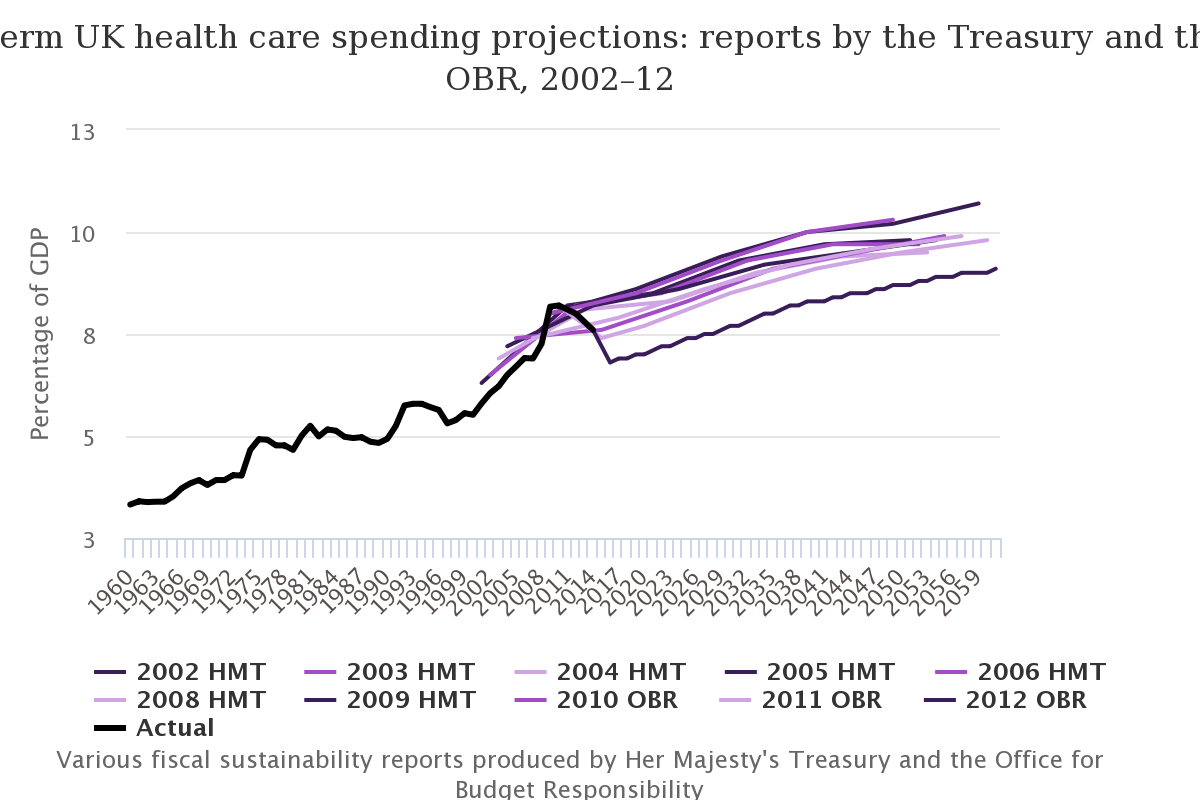 What does this graph show?

As the figure above shows, although different reports projected various future levels of health spending, with roughly a 1.5 percentage point gap between the highest and lowest projections, perhaps more significant is the fact that previous reports were fairly consistent in terms of the scale of future increases over the 50-year periods examined: all projected increases of just greater than 2 percentage points of GDP – little different from the historic trends between 1960 and 2011.

A century of health spending