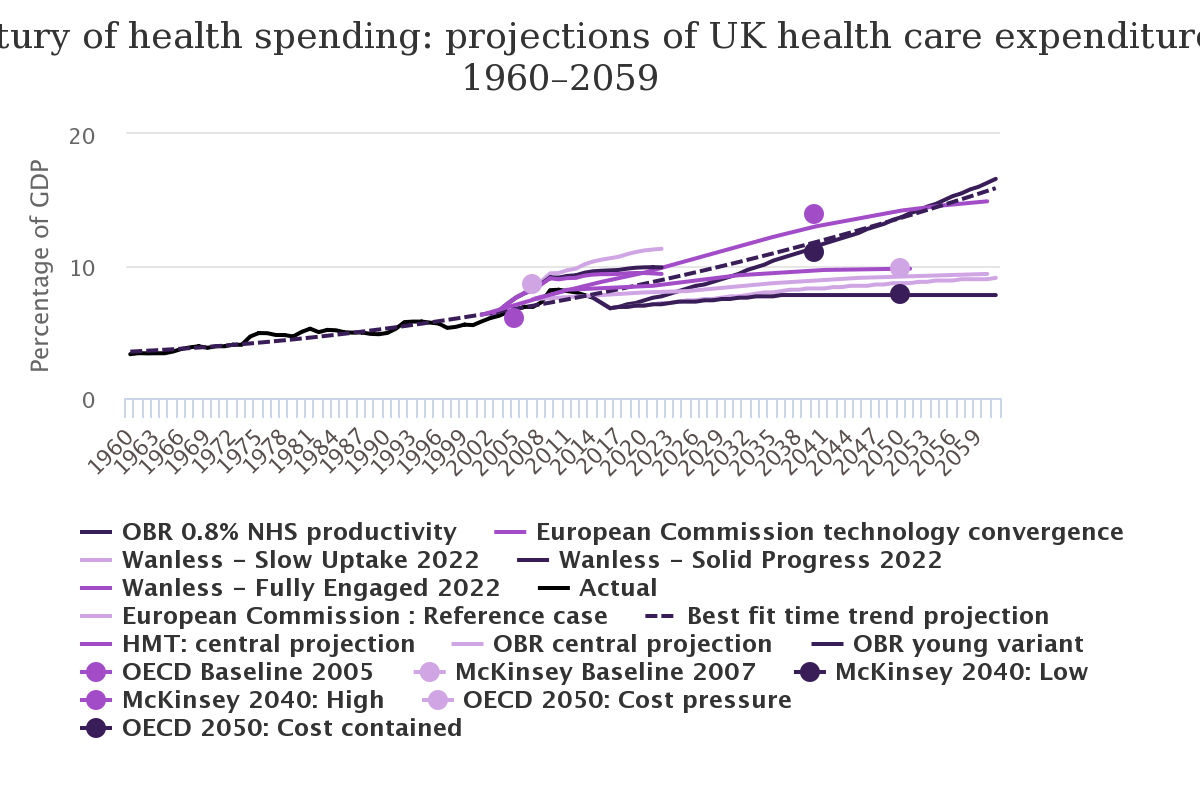 What does this graph show?

The graph above summarises six attempts at projecting future UK health care spending (plus a simple extrapolated best-fit time trend). All projections are for government spending only, except for those by McKinsey & Co, which also include private sector spending.

Perhaps it is hard to conclude from this graph that there is a particular consensus about future health spending in the United Kingdom. On the other hand, and despite the use of different projection methods, base years and assumptions, there are points of agreement. None, for example, suggests that the United Kingdom is likely to spend less on future and all agree generally on the factors likely to drive future spending and, to an extent, the relative importance of those factors. New health care technology tends to be one of the most important factors driving increases in spending. Ageing and demographic changes tend to be not as important.

Read the report: Spending on health and social care in the next 50 years