This short report, supported by the National Housing Federation, is intended to help those leading and contributing to sustainability and transformation partnerships (STPs) and emerging integrated care systems (ICSs) to make the most of the contribution that housing can make to health as they deliver and continue to develop. Behind this lies our belief that housing is one of the core local services that STPs and ICSs need to engage with at a strategic level as they develop population health systems. In particular this report sets out:

Housing: a home for STPs looking to influence the wider determinants of health

David Buck considers how sustainability and transformation partnerships can make more of the housing sector’s contribution to improving health.
Blog

Housing and health: STPs, White Papers and beyond

Has the role of housing been given adequate consideration in sustainability and transformation plans? David Buck argues the importance of delivering health and housing services and developing policy together.
Commissioned report

The National Housing Federation commissioned The King's Fund and the New NHS Alliance to produce this independent report looking at the economic case for linking housing and health.

I am afraid my sentiments are similar to the above, until you engage with others involved in the Health & Social Care of the USER/Patient, including the enormous amount CARERS Contribute, including treating us as Equal Partners your 'vision' ICS are the way forward you are clearly not living in the real world. I have just received a 'Threatening and Warning' letter from a LA they will seek a Legal Harassment Order against me if i continue to ask questions, they will refer me to the courts and request an 'Harassment Order' against me. and very unhappy i should have complained to the OPG? (who are pretty useless) stating they will no longer reply to my FOI requests if they consider them to be similar questions i have asked before.?

The letter was written by a Solicitor from their Corporate Legal Team.

These are the facts, and i have the evidence, and NOT going away.

The evidence i have from two agencies agree that the payment for particular furniture is their responsibility, weekly deductions for replacements furniture and other items are itemized on the rental agreement. I was giving permission by the Complaints Officer to Purchase items of furniture, with payments being made on receipts, however when i questioned the fact it should NOT be PAID out of the tenants savings, as clearly the payment should come from the source of who provides the replacement furniture. The LA Deputy visited his client and gave them their 'MADE UP LIST' omitting the Furniture in question, which EVIDENCE on my file (from two sources) stated they provide. This LA Deputy also went on to say they would NOT pay for the furniture in question, written evidence from the Complaints officer giving permission to Purchase, and refund on receipts clearly going to be ignored. NOT for long? a letter from me stating what constitutes a LEGAL Contract resulted in a direct payment into my BANK ACCOUNT,however my 'journey' for JUSTICE and Honesty has taken another 'TWIST' stating if the LA Deputy thinks my actions are causing distress, they will stop me visiting his home?

The SUMMARY of this 'SAGA' is the LA has such a chaotic system of RECORDING of events, 'fragmented' by those trying to 'fire fight' eventually thought i would be frightened off by their Threatening and Warning letter will be disappointed mainly because of the threat that they would use my motherly 'instincts' against NOT visiting my son.

The Complaints Officer agreed to refund Holiday/Train costs, but not received to date? but they will pay, because i have a Contract in LAW?

I have fought for 'JUSTICE' and 'HONESTY' for the past thirty five years. I will NOT be 'BULLIED' by a LA who really don't CARE about the 'vulnerable' adult at all. 'Self Preservation' is the name of their GAME.

The FOI question they were obviously not going to answer, was answered by a Government Department? we can all play their GAME. and YES it was nothing like any questions i have asked before.

Supported Accommodation (unregulated) are abused by the system, they are denied Personal Budget, Patient Centred, Holistic Statutory 'Care Plans' and then they say ICS are the way FORWARD? 'Throw the 'rotten apples' out then it could happen, but not before.

There seems more BLOGGING going on or should I say (BLAGGING) and no information about what effect this NEW MODEL NHS going to have on the NHS Patients financially and the quality of care. When I asked the question before "When STPs tackling failure of a CCG through special measures". Again I ask if the CCGs fail still, how will this effect the NHS Patient in HOSPITAL or at Home either with SOCIAL CARE, Quality of NHS Treatment and Prescriptions in respect financially. Since the Kings Fund has been working with the Department of Health since 2010. I think you should know more about this question than anyone. You fobbed me off to another source but no one is prepared to answer the question.

What is a 'population health' approach? And what role do we all play in keeping our communities healthy? Watch our new animation to find out.
Blog

Housing and health: STPs, White Papers and beyond

Has the role of housing been given adequate consideration in sustainability and transformation plans? David Buck argues the importance of delivering health and housing services and developing policy together. 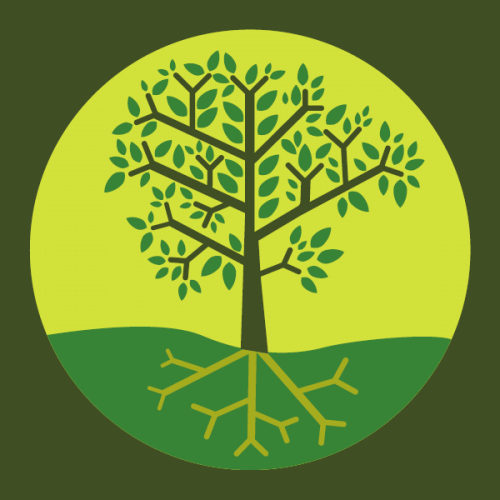 What does it mean for public organisations to be ‘of a place’ and not just ‘in a place’? What’s the difference between ‘thin’ and ‘thick’ trust? Ruth Robertson talks with Professor Carolyn Wilkins OBE about leadership across local government and the NHS, cultivating a sense of a place, and how you can influence across local, regional and national levels.