We were looking at what was happening in Italy where there weren’t enough ventilators and the hospitals were overcrowded.

We had prepared for Italy, but Italy never came.

What were the images you associated with the Covid-19 pandemic when it first reached the UK? And how did those images shape how you saw the work that was required of you and your colleagues?

How we understand and make sense of the world around us has a profound impact on our goals, plans and actions. Psychologists describe how humans develop 'cognitive frames' that enable us to scan and filter the mass of information we encounter every day, identifying some bits of data as salient and giving those particular meanings, while discarding others as less useful or irrelevant.

This process of framing new information and experiences is an unconscious one. But it is also possible to use framing intentionally to encourage a particular response to information or events.

In a key experiment conducted nearly 40 years ago, participants were asked to 'imagine that the US is preparing for the outbreak of an unusual Asian disease, which is expected to kill 600 people', and to choose between two programmes to combat the disease, based on information provided about the potential benefits of each in terms of the number of lives saved and lost (Tversky and Kahneman 1981, p. 453). The experiment revealed that by presenting programmes with the same risks and benefits in different ways (for example, foregrounding the degree of certainty rather than uncertainty, or the number of lives saved rather than the number of lives lost), participants' preferences for one programme over another were predictably reversed.

As George Lakoff writes in his analysis of how politicians use language to sway would-be voters, 'frames trump facts'. It is precisely because frames are often unconscious that we can lose sight of their power over rational thought and decision-making.

As a leader you can choose to notice the frames you and those around you are working with, and their implications for the actions you take. And you can take ownership of this framing, and work with your team and other system leaders to define the challenges you face now in a way that enables and motivates you to do the work you need to do to support your communities. For example, an alternative framing of the pandemic could allow us to see it as requiring a system response, rather than a more singular focus on acute care capacity.

To get started on this work you could consider these questions.

The Frameworks Institute has practical tools and resources to help you work with framing.

This article draws on insights from research in psychology, cognitive linguistics, organisation studies and social movement studies, including March and Simon 1958,Weick 1995, Tversky and Kahneman 1981, Snow and Benford 1988, Lakoff 2004 and Conelisen and Werner 2017.

For more on Leading through Covid-19

We spoke to Ian Bullock, Chief Executive of the Royal College of Physicians, about how leaders can find solutions in complex situations. 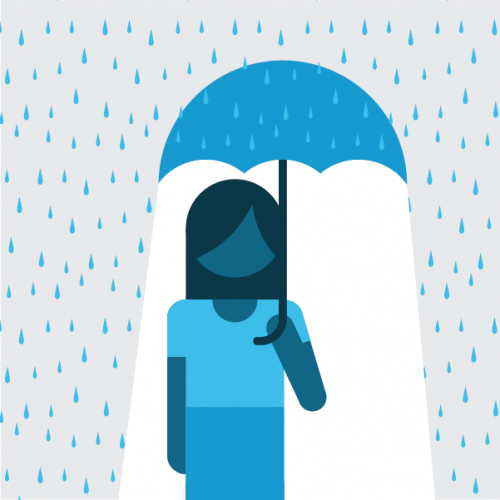 We have brought together some resources providing practical tools and information to support the mental health and wellbeing of health and care workers during the Covid-19 crisis. (3-minute read)
Video

Creating a common purpose and a supportive culture: Jatinder Harchowal

We spoke to Jatinder Harchowal, Director of Pharmacy at London’s Nightingale Hospital, about creating a common purpose and a supportive culture. (3-minute video)

With more people dying at home as a result of the Covid-19 pandemic, there is a need for greater understanding of end-of-life care. Luca Tiratelli outlines this trend and considers the challenges in collecting meaningful data.

The latest NHS Staff Survey results paint a sobering picture of a workforce under intense pressure. Sally Warren speaks to Annie Laverty and Steve Ned about the practical steps leaders at every level can take to support staff.
Online event

‘This is further testimony to the grossly disproportionate impact the pandemic has had on some ethnic minority groups, as it has had on all the poorest and most vulnerable groups in our society', says Veena Raleigh, Senior Fellow at The King's Fund.