One is heavily rationed and means-tested, the other free at the point of use and tax-funded. And when assets are involved, the issue becomes politically toxic.

In his first speech to the Labour party conference as Prime Minister in 1997, Tony Blair declared that he did not want his children to be brought up in a country 'where the only way pensioners can get long-term care is by selling their home'. Twenty years later this remains a politically toxic issue – even though many people with care needs might wish they had a home to sell. The events of the past few days illustrate why the bold promises of successive governments to reform the way social care is funded have come to so little.

The Dilnot commission’s proposed cap on the lifetime costs of care was accepted by the coalition government in 2011 – albeit with the cap set at £72,000 rather than the £35,000 to £50,000 range proposed by Dilnot. It even made it on to the statute book as part of the Care Act 2014, and was generally welcomed as providing protection from the 'catastrophic' costs faced by the one in 10 who need care costing at least £100,000. Implementing the cap was a Conservative manifesto pledge in the 2015 election but, barely 10 weeks later, the government announced this would be postponed until 2020 as the circumstances were 'too difficult'.

While the cap was a notable absentee from last week’s Conservative manifesto, proposals that did make it included the replacement of the current means-testing thresholds with a new single limit that would allow people to retain £100,000 of their savings and assets – but, more controversially, it proposed to include the value of property in working out how much people should pay towards care at home, as is currently the case for residential care.

Following the criticism that greeted these proposals, Theresa May today promised that, if re-elected, her government will publish a green paper with proposals for an 'upper limit' on now much people should pay. This about-turn reflects the difficulties faced by all governments in addressing the hard choices and trade-offs involved in resolving this thorny issue. But while the reinstatement of the pledge to introduce a cap is welcome and could help to achieve a fairer balance in how costs are shared between the individual and the state, its impact will depend on the level at which it is set: the higher the cap, the fewer people will benefit; the lower the cap, the more it will cost the taxpayer. The detail in the proposals will require carefully scrutiny.

But reforming means-testing alone does not address the deeper challenges facing the social care system. Many thousands of older and disabled people have not been able to acquire property, savings or pension pots, and instead are wholly dependent on local authority-funded care budgets that have been cut by £5.5 billion over the last six years. The Conservative manifesto is silent on how much they would invest in the local authority system over and above the additional £2 billion announced in the Spring Budget. The proposal to means-test winter fuel payments for pensioners will bring more money into the system, although it is unlikely to be enough to bridge a looming £2.1 billion funding gap in 2019/20.

Nor do the proposals address the deeper inequities in entitlements between the NHS and social care. Although all three main parties are committed to further integration of health and social care, none of their proposals will remove the historical faultline between the NHS – free at point of use and funded through taxation – and social care – which is heavily rationed and means-tested. As the Barker Commission concluded, this is neither sustainable or equitable: develop cancer or heart disease but not dementia, and your house and savings will be intact.

The Conservatives are right to say that reforming social care is not just about money. Big changes are also needed in the way services are delivered to offer better outcomes for people and to tackle the mounting workforce problems facing the sector. However, none of the manifestos offer any new or imaginative thinking that address the scale of these challenges. A green paper early in the term of a new government would be an opportunity to put that right. 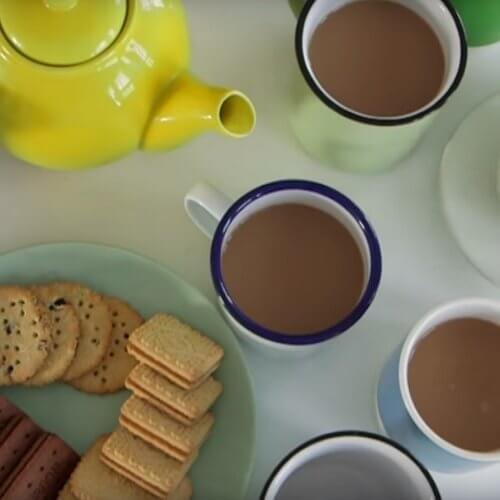 What is social care and how does it work?

Our series of short videos and related content is intended to help clarify what social care is, how it&rsquo;s provided and paid for, and how it works with the NHS and other services.

Now the Health and Care Act has been passed, Richard Murray reflects on the negotiations that went down to the wire, what didn’t make it and what’s needed to ensure the reforms are successful.
Press release

'The bringing together of the NHS and social care will not deal with fundamental challenges such as the workforce crisis gripping both sectors,' says Richard Murray, Chief Executive of The King's Fund.
Long read

Integrated care systems and social care: the opportunities and challenges

The Health and Care Bill will put integrated care systems (ICSs) on a statutory footing from April 2022. How can social care providers ensure they are involved as new ICS structures develop, to create partnerships that deliver better services and outcomes for local populations?
Evidence and consultation

This briefing focuses on Parts 1 and 6 of the Bill, which deal with the NHS and its relationships to other parts of the system, including the powers of the Secretary of State, plus changes to the cap on social care costs.