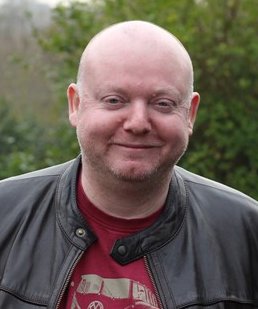 Since the 1980s, The King’s Fund has been interested in patient involvement, seeking to show the positive impact of involving patients in decisions about their care. More recently, we have been exploring what a more collaborative relationship with patients, services users and citizens might look like and how we could support it. You can read more about this here.

In this final article of our series celebrating our anniversary, we talked to Paul Radin about his experience of patient involvement at The King’s Fund. Paul is an NHS Involvement Volunteer in Nottingham, a Public Governor of Nottinghamshire Healthcare NHS Foundation Trust and a Trustee at Bassetlaw Mind. He has contributed to involvement projects across the country, including the NHS Citizen programme at NHS England, and digital technology projects at MindTech at The Institute of Mental Health.

Paul has faced mental health issues for many years. ‘I've had 47 years (so far) of struggling with life, not fitting in anywhere, and being misunderstood. It's only recently that I've come to realise that pretty much all my problems have been caused by Asperger Syndrome. I was born different. Not ill, just different. Embracing that is the way forward for me now. Not trying to fit in anymore, but being me, to the best of my ability.’

Paul now uses his experience to ensure the voices of patients and services users are heard, working at a local level in Nottinghamshire and nationally with organisations like the Fund. ‘[Patient involvement] improves decision-making in health care. Any leader should actively seek out diverse perspectives before making important decisions. There can't possibly be any more important perspectives to hear than those of the intended recipients of health care. Involvement is [also] a social inclusion thing. It gives a stake to people who couldn't get one any other way. We live in a democracy, the vast majority of health care is still done with public money, therefore everyone has a moral right to be included if they wish it. Not all of us can get a job in the system we care about, but it doesn't mean we can't contribute in a meaningful way.’

Paul first came to The King’s Fund five years ago. ‘I was fairly new to patient involvement, but I immediately felt at home in that kind of arena. It seemed like a home for thinkers like me; there were bright people interested in engaging with the contents of my brain. Connecting on a social level is difficult for me but the Fund helps by allowing opportunities to express yourself. When people better understand who you really are, then you end up making connections with like-minded people. It makes me feel like there is a place for me in the world and the Fund has been vital in hooking me into the idea of using your unfortunate experiences to some greater good. Being involved now gives me my reason for being, it gets me out of bed and makes all the struggle worthwhile.’

More recently, Paul was involved in the Fund’s report on Integrating physical and mental health as a member of an expert advisory group that helped to design the research and interpret the findings. For Paul, this was a particularly pertinent project because he has diabetes as well as mental health issues. ‘We're a long way from a truly integrated health system. So far, integration efforts are still focused at corporate level, I don't yet see it filtering down to actually improving services.’

Although there remains much to do to integrate physical and mental health, Paul valued his experience of contributing to the report. ‘My favourite involvement experiences have all been situations where I've been with bright well-intentioned people who fully engage in discussion with us and really try to understand our perspectives. This was one of those experiences. You leave the meetings feeling a little taller, confident that points you've raised will make it into an important document that will give thoughtful advice to health care leaders all over the country.’

Paul has also been involved in the Fund’s events – as an attendee, speaker and advising on content –and is passionate about the importance of this. ‘The conferences at The King's Fund are a chance to have an impact on decision-makers. You hope to say something that will stick in the mind of someone who might use your words in their work. It's a bit like scattering a few good ideas around and hoping that someone will steal them. There have been so many occasions when something I've said has made it into a speech or a piece of writing by a senior politician, health care leader, or researcher.’

Despite Paul valuing his involvement in the Fund’s work, he’s clear that there’s more to do. ‘The King's Fund could and probably should demonstrate national and international leadership in how to do involvement well. I mention The King's Fund to a lot of my friends and fellow involvement volunteers and I think it's seen as an elite part of the health care landscape, a place for the 'brainy people'. This is another reason why patients and carers need to be involved: to keep our 'brainy people' in touch with the real problems of real people.

Reflecting specifically on the Fund’s events and publications, Paul sees the opportunities to do more. ‘I'd like to see patients' priorities have more of an influence on the Fund’s events; for example, a greater focus on peer support would be high on any patient's priority list.’

I'd also like to see more opportunities to be part of The King's Fund’s research and policy work. I'd like us to be part of those teams, not kept at arm’s length and merely consulted now and then. Allow us to explore our full potential to contribute. We might surprise you.’

Working with patients, service users, carers and the public

Find out how we are involving patients, service users and individuals in our work.

Well done Paul, I take my hat off to you.
When you taking on a position as lay-member it is incumbent on the organisation that you join to ensure and reassure that you are not there as in a 'token' capacity.

These are wise and hard-earned observations from Paul Radin. The call for integrated approaches to improving services is key. In particular, we need to focus more deeply on the whole business of involvement. We require Evidence Based Involvement (EBI) - we need to know exactly how to achieve the inclusion of people with experience in determining the direction of mental health services. Involvement to date has been a very mixed bag. Indeed, much of what I have reviewed with colleagues in terms of recovery policy language reveals a dominant focus on economics (neo-liberal undertow) and people with experience as merely an echo chamber for the decisions made elsewhere and typically by those with 'no experience' expertise.

Integrated care systems need to be different - but how exactly?

Integrated care systems are intended to be part of a new way of working in health and care based on principles of partnership and collective responsibility. Chris Naylor asks whether this original vision is already at risk and what making a reality of it would involve.
Long read

How does the health and care system hear from people and communities?

People’s lived experience is a powerful tool to improve existing services and identify new and better ways to meet their needs. This explainer looks at how the health and care system can listen and learn from the people and communities they serve and the sources of information available to them.
Paid event

Improving quality of care: the vital role of people’s voices 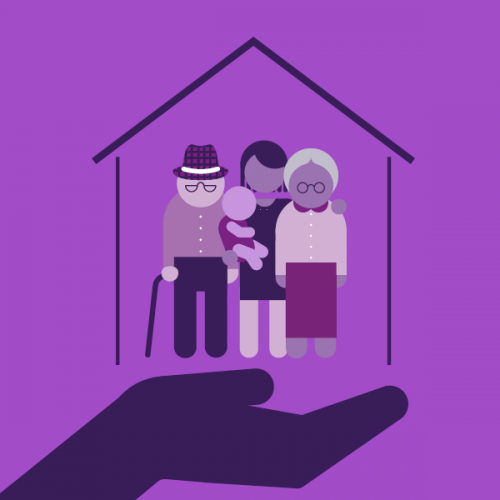 The hidden value of unpaid carers: a conversation with Fatima Khan-Shah

Helen McKenna talks with Fatima Khan-Shah about the role and value of unpaid carers, Fatima's leadership journey, and the importance of being your authentic self at work.