At the dawn of a new political administration, The King's Fund Chief Executive, Niall Dickson, examines the issues likely to dominate health debate in the coming months.

Gordon Brown may still be settling into his new home, but the run-up to the next election has already begun. The new Prime Minister knows that everything he does between now and polling day could make the difference between victory and defeat. He has already made the reform of the NHS a priority, pledging to improve access to GPs and to re-engage with health care professionals.

He will face a resurgent Conservative party, buoyed up by polls indicating that they are actually ahead of the government on health. David Cameron's speech at The King's Fund last year committed the party to a tax-funded comprehensive health care system for as long as he was leader. It was a seminal moment that changed the nature of the political debate.

In the coming months the Liberal Democrats will also produce a new health policy; this is expected to reflect an acceptance of the changes in the system over the past few years.

It does seem as if the health policies of the government and the opposition are converging. The Conservative's blueprint for the future of the NHS includes proposals designed to devolve power from the centre and provide patients with greater choice and control over their care and treatments. It all sounds rather familiar. They are even committed to retaining the existing organisational structure, which will be a relief to staff who are weary of successive waves of structural change.

At the heart of the Conservative's vision is a commitment to re-engaging clinicians in the reform agenda. But it is less clear how the Conservatives would tackle some of the more contentious issues such as rationing, the reconfiguration of hospital services, and the implications of bringing in new providers and further developing the market in health care.

Intriguingly, the same challenges apply to the new administration. In the past Gordon Brown and his allies have been associated with central levers and state-run services, but there are signs that he will press ahead with choice and diversity. It will require political courage to create the right incentives and to make fundamental changes in who provides services and how they are delivered.

The challenge should not be underestimated. With what is almost certain to be less than two years until the next general election, it will be of paramount importance to manage the political fall-out from change. The trick the new Secretary of State needs to pull off is to understand the current story of system reforms, build on it to deliver more responsive and proactive services while at the same time calming down professional hostility and backbench anxiety. The alternative would be to go back to some form of central direction and control, which looks unlikely.

What is clear from a new report we published last week, in partnership with Monitor and Nuffield Hospitals, into the future of health care reforms is that we urgently need some clarity on the developing market.

New incentives will also be needed to transform the care of millions of mostly older people with long-term conditions, supporting them in managing their own health, and to reduce reliance on expensive secondary care. Allied to that, commissioners and providers need to work at a strategic level to develop a range of services that deliver higher productivity and better value – that will mean reconfiguring services and tackling large unexplained variations in performance.

All in all, this is a challenging agenda. But while we wait for a clear statement of intent from the Prime Minister on his vision for the health service, we do know that three issues will have priority: the provision of better access to primary care services at nights and weekends, a renewed assault on hospital-acquired infection and an attempt to re-engage staff at local level.

Do not expect this government to create an 'independent NHS' board – that idea has probably died, but there may be moves to underline the commitment to greater operational and managerial autonomy. With the Conservatives committed to the idea, Gordon Brown hinted at his intentions when he called for a new settlement for the NHS – a settlement that would be clearer about where government accountability lies and with ministers taking a step back. This could take the form of an NHS constitution that would underline the values and purpose of the service as it approaches its 60th birthday next year.

Whoever is responsible for the nation's health needs to maintain a range of 'levers' to bring about change: perhaps a smaller number of very meaningful targets; clearer accountability at local and national level; improved professional practice for clinicians; financial incentives that support good health outcomes, not just activity; patient choice, competition and effective regulation. The mix of levers will vary depending on the service.

This agenda will demand political courage in the midst of local rebellions over the scaling back of hospital services. One thing is certain – health will continue to be a key priority for all parties over the next two years.

This article was originally published in Insight, The King's Fund bi-monthly update, June 2007

The 2020/21 update to the GP contract explained 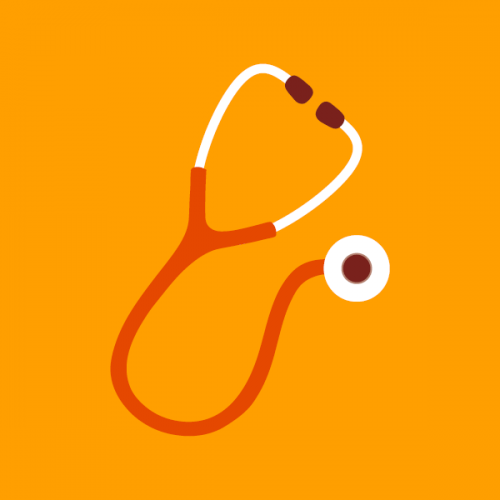