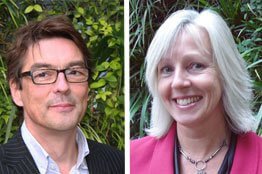 Just over a year since David Nicholson announced smaller increases in the NHS budget than ever before and the requirement to make £20 billion of efficiency savings by 2014/15, we asked John Appleby and Nicola Hartley about how the NHS can respond to this challenge.

Does current evidence suggest NHS organisations have risen to the productivity challenge?

John: I think there is a real evidence gap here. We know from the Department of Health's most recent quarterly performance report that of the £5.828 billion planned QIPP gains by the end of March 2012, around 68 per cent appear to have been achieved by December 2011.

Although there's no reason to suppose productivity gains need to be equally shared across the year, this might hint at the difficulty and scale of the QIPP programme. The daunting prospect is that this is just the first year of (at least) four when productivity gains of this sort of scale need to be made.

Do you think there will be a requirement for the NHS to maintain improvements to productivity beyond 2015?

I think it's hard to predict what impact the reforms will have on NHS productivity. Certainly the underlying objectives of the government's reforms were, and are, not particularly focused on productivity.

John: I think we know that from 2015/16 the money will not resume flowing as it did before 2011/12. The UK economy is officially back in recession, and prospects for economic growth look bleak. I would be very surprised to see the NHS receive such favourable treatment over other spending departments next time as it did in the last spending review.

So, yes, the pressure is likely to continue. And regardless of the difficulty in achieving productivity gains, the only realistic policy option is for the NHS to try to do so. Not to do so invites the question as to where it will cut services and I'm not sure that's a debate any government wants.

Are improved productivity and efficiency rewarded anywhere in the system?

John: I think the incentives to hit QIPP targets are quite strong – but they tend to be more stick than carrot. So, for example, not achieving productivity gains will hold a trust back in terms of achieving foundation trust status. On the other hand, initiatives such as CQUIN (Commissioning for Quality and Innovation) could be increasingly used in a more positive way to encourage a more constructive approach to increasing value.
What do your conversations with NHS leaders tell you about the challenges they are facing?

Nicola: The most noticeable challenge is the high level of complexity that managers are dealing with. Many systems have multiple projects – in one area we identified more than 120 workstreams under 10 project headings. Finding ways to cut through this complexity is challenging.

For many GPs there are significant new leadership challenges even for those with long experience in practice-based commissioning. GPs need to bring in new ideas and approaches, keeping the strength of the PCT model without replicating its weaknesses. To do this they will need to deploy exceptional organisational development skills.

Which leadership skills are CCGs drawing on/do they need to draw on given these challenges?

Nicola: Leaders are finding that new styles and approaches are needed, and the ability to work in an environment of complexity is ever more important. Skills used in developing shared leadership, cutting through complexity and identifying which areas are a priority, and reaching across sectors and organisational boundaries are becoming very important, although it is not yet clear which precise mix of skills and approaches will be required.

In such challenging circumstances it's incredibly important to have time to reflect and learn with peers, but unfortunately it is also the time when it's most difficult to do this.

This article appears in the spring/summer 2012 edition of Insight magazine.