Deciding who does what will be vital if we’re to get a quality service from the regulators. Niall Dickson reflects on the new role of the CQC and its chair, Lady Young.

'We want 50 million people to be happy you're in this job'. This is the perhaps slightly overblown ambition the Care Quality Commission has for its staff. Nevertheless, as the new regulator formally enters a six-month shadow period before taking over the role of the Healthcare Commission, the Commission for Social Care Inspection and the Mental Health Act Commission, it highlights the fact that we all have an interest in ensuring its success.

The challenge in health care, as in many other spheres, is to define what regulation is meant to achieve, and ensure there are the organisational structures to deliver it effectively and efficiently. That is certain to be more difficult than it sounds.

First, there are different views about definition and ambition. Is a regulator there to set, monitor and enforce minimum standards or does its role extend to improving the quality of care? The new kid on the block is unequivocal on this point 'we provide independent public accountability on how commissioners and providers of services are improving the quality of care and providing value for money'.

The Commission's chair, Lady Young, has made it abundantly clear that driving improvements in quality is at the heart of its mission. But how will they fit with other players on what is already a crowded pitch? There is a very real danger of these regulators bumping into one another as they jostle for position, with resulting confusion.

At the Department of Health, for example, 'quality' is the foundation stone on which Lord Darzi's NHS Next Stage Review is built and it's become the buzz word of the moment. At one level there's no conflict with CQC - Darzi envisages lighter touch performance management, more self-motivated benchmarking, and fewer central targets, all of which would fit with an independent regulator shining a penetrating light on the system.

But Darzi has also spawned a plethora of initiatives around quality in the NHS (it's said there are more than 90 workstreams flowing out of the review). For example, the Department of Health wants NICE to develop a comprehensive set of standards covering all care services, and it is setting up a National Quality Board to oversee the drive for better quality across NHS services in England. What if the Department's view of quality differs from that of the CQC?

And what about Monitor, the regulator of foundation trusts? Monitor doesn't see itself as a direct driver of improvement – it believes that responsibility lies almost entirely with the boards of foundation trusts. But it does see its role as ensuring organisations are fit for purpose, and that it should intervene when money, governance or quality goes wrong. CQC have stated that they will regulate and inspect ''cross the totality of provision' and that includes foundation trusts.

Arguably Monitor's approach is less ambitious and less public but more focused than that of CQC – however, the two regulators will be scrutinising the same foundation trusts albeit in slightly different areas.

There is also potential overlap and conflict with the developing roles of strategic health authorities and primary care trusts. SHAs have seen their position strengthened with the Darzi review as the guardians and drivers of quality in the system and as performance managers of PCTs. Meanwhile PCTs themselves will have to ensure quality through contracts and local intervention. It will be vital to align these activities with those of the principal quality regulator.

And there is also the work of the Audit Commission, the CAA (a new assessment regime coming to a local authority near you), the Royal Colleges, a raft of professional regulators, the National Patient Safety Agency and many many more.

For now the nascent CQC will be watching (probably with some concern) as others jockey for position in the new order - but before long it will flex its considerable muscle, pointing to the fact that it has independence and an Act of Parliament behind it.

We must reach agreement about who does what and also ensure that regulation is effective without putting too heavy a burden on local organisations. The risk is that health and social care organisations will be swamped by competing regulators, who themselves will be unable to demonstrate that they are delivering value.

As George Bernard Shaw pointed out 'the road to Hell is paved with good intentions' – this is the time for all those involved in regulation to get their act together and align their activities.

Barbara Young on the unique role of the Care Quality Commission

Barbara Young, Chair of the Care Quality Commission, speaks on the regulator's unique role at The King's Fund's regulation and quality event. 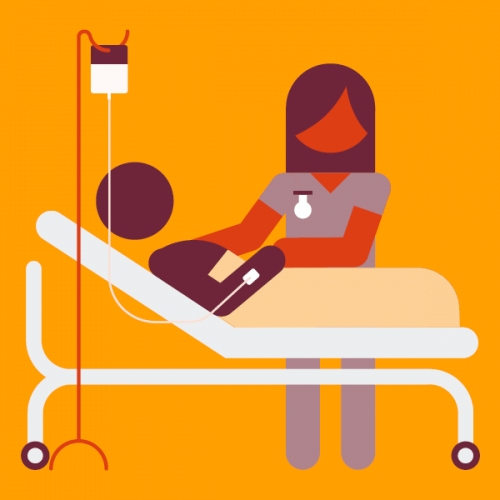