Can a telehealth programme help in maintaining weight loss?

Obesity has become an increasingly prevalent long-term condition, and is now one of the major health issues in the West. While weight loss programmes are fairly common, facilities for weight loss maintenance are less so. A quasi-experimental study carried out in the United States examined the influence of telehealth in a weight loss maintenance programme.1 Eighty-seven individuals who had participated in the ‘Colorado Weigh’ weight loss programme were involved in the study, which sought to answer this question: could a telehealth programme, undertaken following successful completion of a behavioural weight loss course, help in maintaining weight loss?

Researchers chose a quasi-experimental rather than a randomised study design so that individuals could choose to participate in a weight loss maintenance programme that was either telehealth-based or classroom-based, or to opt out completely. All those involved met both selection criteria of having previously taken part in a weight loss programme and having achieved at least 7 per cent weight loss.

Thirty-one participants selected the telehealth programme, 31 selected the classroom or 'traditional' programme, and 25 chose not to be involved with formalised weight loss maintenance.

The telehealth programme comprised computer software, email, and remote advice and coaching. Participants used the technology to record their weight-related activities, and to interact with a registered dietician once a fortnight over a 24-week period. Dieticians had access to the activity logs and telephoned participants where they felt that this added contact would be useful.

Those who opted for the traditional programme attended classes every fortnight for 24 weeks. Sessions were led by a registered dietician who was available before and after the class for individual queries. Attendees were required to complete a daily, paper-based log recording calorie and fat intake and physical activity.

These results indicate that some form of weight loss maintenance programme is more effective in the avoidance of weight gain than no programme at all. However, the traditional programme appears to have performed broadly as effectively as the telehealth one.

The researchers point out that participants in the telehealth group were 'highly educated' and had above-average access to and proficiency with the internet, which will have influenced their decision to choose the telehealth option. A randomised group would have produced different, perhaps less positive, results.

The study concluded that a telehealth option, such as that described above, can be an effective tool in weight loss management for people who wish to avoid physically attending classes, possess the required technology and are equipped to use it.

One RCT, undertaken in Greece, used telemedicine over a six-month period to allow participants to record and transmit their own blood pressure and body weight readings.2 One hundred and twenty-two patients aged between 18 and 70, and with a body mass index (BMI) greater than 25kg/m2, took part in the study. The control group comprised 77 patients who received standard hospital care. The remaining 45 also used electronic devices for the readings mentioned above. Outcome measures included body weight, BMI, blood pressure and quality of life.

The potential of a person’s obesity to impact on other chronic conditions was highlighted by researchers who investigated the accuracy of home blood pressure readings.4 The study focused on the size of sphygmomanometer cuffs used by patients and found that, for some obese individuals, the cuff circumference was too small for precise home readings to be taken. It concluded that patients need better information about appropriate cuff sizes for their arms to improve their blood pressure management.

Numerous studies have been undertaken on obesity among children and adolescents. One such study looked at the feasibility and acceptability of a telemedicine intervention for family-based paediatric obesity.5 Seventeen families were involved, including children with a mean age of 9.9 years. The control group received a single physician visit during the study, while the intervention group took part in four one-hour videoconference sessions with health professionals over an eight-week period. Families began the sessions together, before the parents spoke separately with a psychologist over the video link. BMI measurements did not change significantly for either group. Parents recorded high satisfaction with the telemedicine, as did the health professionals involved, who had access to patients across a wide geographical area without travelling to numerous locations.

Another RCT involved 8-12-year-old children and their parents. Over one year, some parents received 'interactive voice response counseling'.6 Sustained BMI decreases were recorded for children whose parents regularly accessed the counselling service, compared with parents who were using other methods. Researchers concluded that the interactive facility could successfully support parents in reducing their children’s weight.

It is clear that telehealth and telemedicine can be used in the treatment of obesity, whether by facilitating patients' and health professionals' monitoring of the condition or by providing additional, remote guidance and support. Patient satisfaction with these methods tends to be high and, from the provider perspective, delivery savings in time and cost are achievable after initial set-up.

The WSDAN programme looked at the use of telehealth and telecare in improving the management of long-term conditions.

Examining the hybrid model of delivering care for long-term conditions 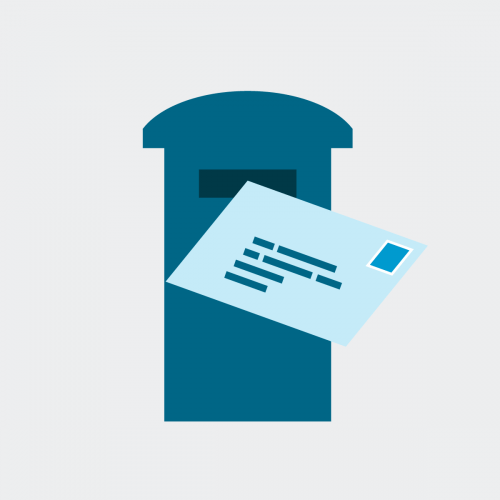 High-quality NHS admin processes can improve patient experience, help to address inequalities and promote better care. This long read suggests a framework for improving the quality of admin based on insight from patients, carers and NHS staff.