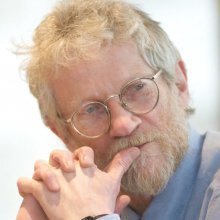 We asked him for a flavour of what they said.

Why did The King’s Fund and NHS Providers feel it was important to hear first-hand from NHS chief executives about how it feels to do the job?

Well, there are currently a significant number of vacancies for NHS chief executives, or those posts are filled with interims. There is a widespread perception that it is increasingly difficult to recruit chief executives, and indeed to recruit to director-level jobs, and thus that there is a ‘crisis of leadership’ in the NHS. By interviewing a dozen chief execs, many of whom were at or near the end of their careers, and some of whom had 20 years’ or so experience of the job, we hoped to shed some light on that.

What questions did you ask?

We asked chief execs what the job is like now, how it compares to the past, how they cope and coped, to whom they feel or felt accountable, how far they feel there is a pipeline of successors to follow them, along with a range of other issues.

Did any common themes emerge in their responses?

Plenty – although it should be stressed that not everyone had the same view on everything. Unsurprisingly, the financial situation – this unprecedented, sustained period of next-to-no growth to NHS funding and the cuts to social care – was a key issue. But the chief complaints were about the burden of regulation, inspection and information, with conflicting and overlapping demands from different regulators and commissioners pursuing their statutory roles, with all of that hampering the ability to lead change and take risks in order to improve patient services.

Strategic health authorities were far from universally loved or universally effective. But the disappearance of an intermediate tier of management and leadership produced complaints that there is now no one to ‘hold the ring’ when significant re-shaping of services is needed.

Did anything surprise you about what they said?

I’m not sure I was surprised. But I was very struck by how many, when asked to whom they felt accountable, instantly volunteered ‘the patients’ ahead of more formal accountabilities to their boards, the regulators or the commissioners. That felt very encouraging, as did their repeated statements – even from those who had undergone torrid times – that they had ‘no regrets’ about becoming an NHS chief executive. ‘Hugely rewarding’, ‘the best job on earth [on its good days]’ were typical comments, with those from both clinical and non-clinical backgrounds stressing the opportunity the role held to improve care for large numbers of patients.

What did they feel had changed?

The pace of activity in hospitals. They are hugely busy places these days. Many felt there was less support – less of a career structure – than in the old health authority days when not just trainees but people in the earlier stages of their career would be moved around into different jobs in different parts of the system, giving them a more rounded view of the service and its operations. This was an unintended loss after the disappearance of the old structures. These days, chief execs felt, many candidates for senior posts have a narrower range of experience.

For a whole bunch of reasons, including performance targets and the rise of social media, many said the job felt much more exposed than in the past. And there was a fair amount of anger at the way politicians have tended increasingly over the years to portray chief executives as part of the problem rather than the solution. Several said there should be more support for chief executives.

Were they optimistic that there is a strong pipeline of successors?

Not very, is the short answer. It is not that they think the talent is not out there. But the exposure of the job, the relatively short average tenure, the financial situation, some of the ‘bullying’ culture, and the fact that director level posts are relatively well paid are discouraging people from stepping up, in the view of many. And they think that is a problem.

So was it all doom and gloom?

Far from it. They all stressed the value and rewards of the job, and urged others to follow. But a picture emerged in which it is clearly a challenge, within the current structure of the NHS, to make the largescale changes that everyone seems to agree are needed. And when, from the chief executive’s chair, the service feels over-regulated and inspected and thus driven back into its silos when the policy objective is to break those silos down in the interests of patients.

This article was originally published in The King's Fund Insight magazine, summer 2016.

Develop the skills and behaviours required to work with local leaders to redesign health and care systems.
Report

The chief executive's tale: Views from the front line of the NHS

In this honest account of the realities of leadership in today's NHS, Nick Timmins talks to 12 departing chief executives about the highs and lows of the job.
Blog

Being an NHS chief executive: the best of times and the worst of times

Chris Ham argues that rediscovering real trust is essential if current and future chief executives are to experience the best of times and to find support during the worst of times.
Article

The chief executive's tale: a leadership and organisational development perspective

Listening and communication are key skills for chief executives

As The King’s Fund celebrates its 125th anniversary, Richard Murray looks at how the world of health and care policy may not have changed as much as we might think.
Blog