The King’s Fund, Nuffield Trust and The Health Foundation are urging the government to address the critical state of social care in its forthcoming Autumn Statement.

The briefing calls on the government to recognise the immediate funding pressures facing the sector by bringing forward to next year funding from the Better Care Fund which is planned to reach £1.5 billion in 2019/20. It also makes it clear that the NHS funding settlement will need to be revisited in future financial statements.

The following six graphics illustrate some of the key points in the briefing.

1. In 2015/16 the Department of Health overspent its revenue budget by £207 million, mostly to manage the deficits of NHS trusts - which reached £2.5 billion. 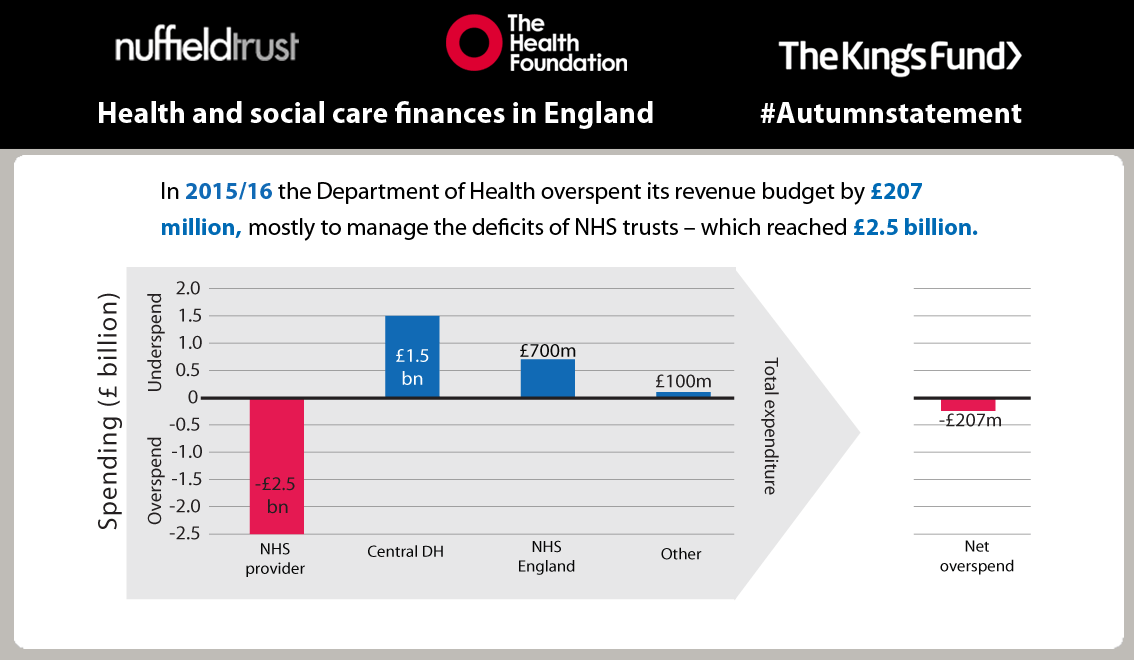 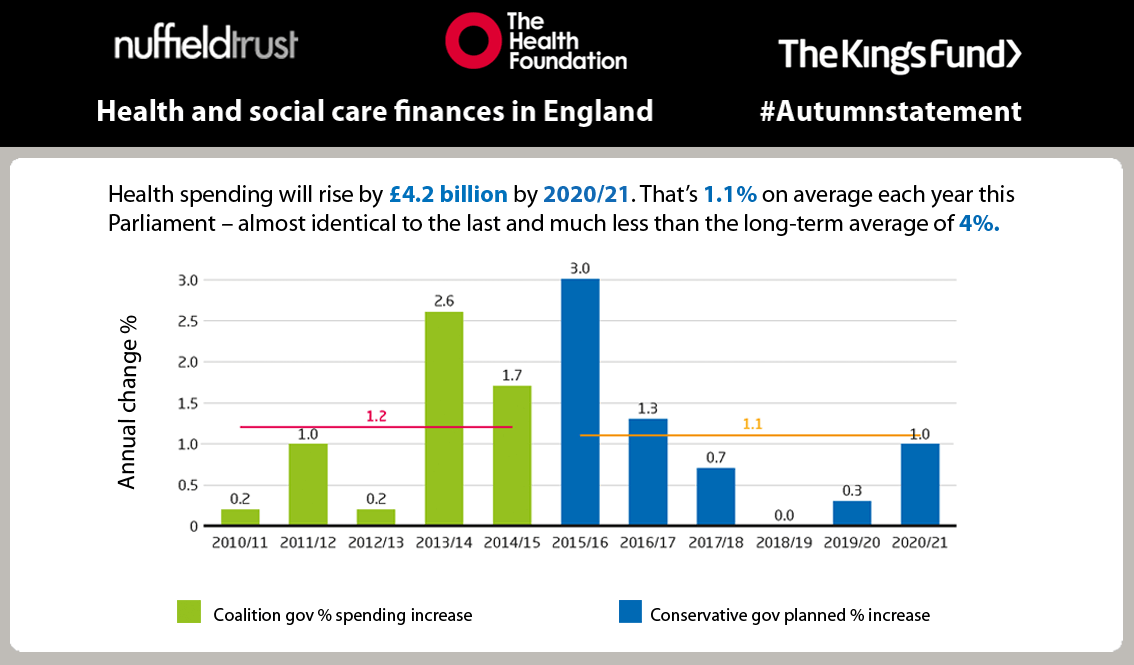 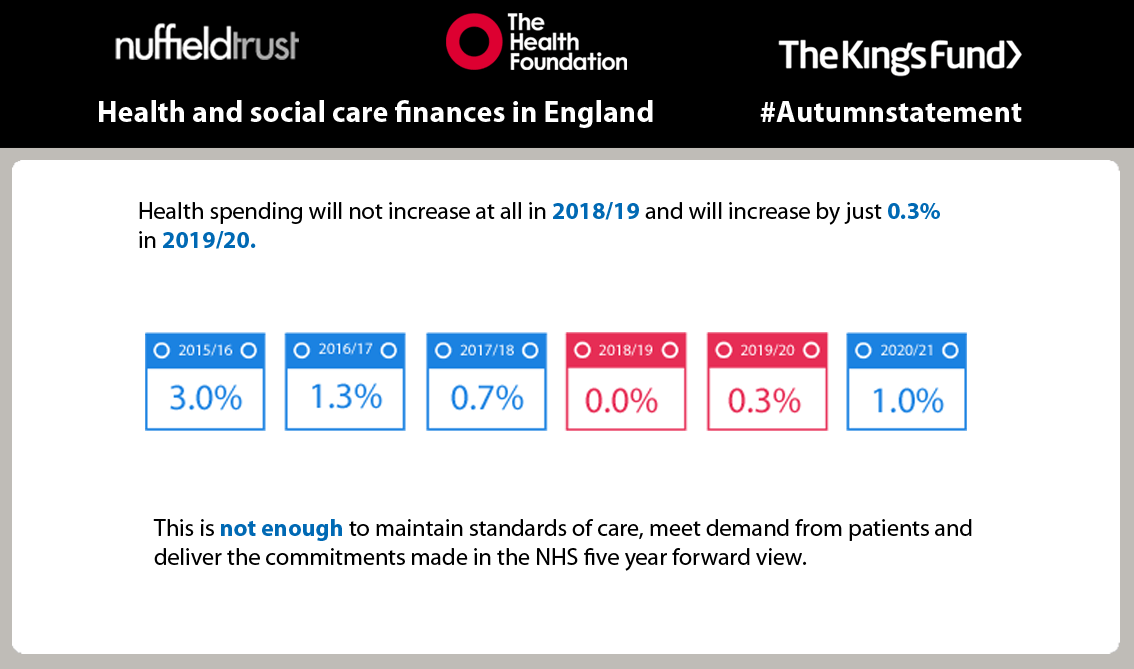 4. Public health budgets suffered £200 million of cuts in 2015/16 - and will fall by a further £600 million by 2020/21. This is already affecting spending on services such as smoking cessation and sexual health. 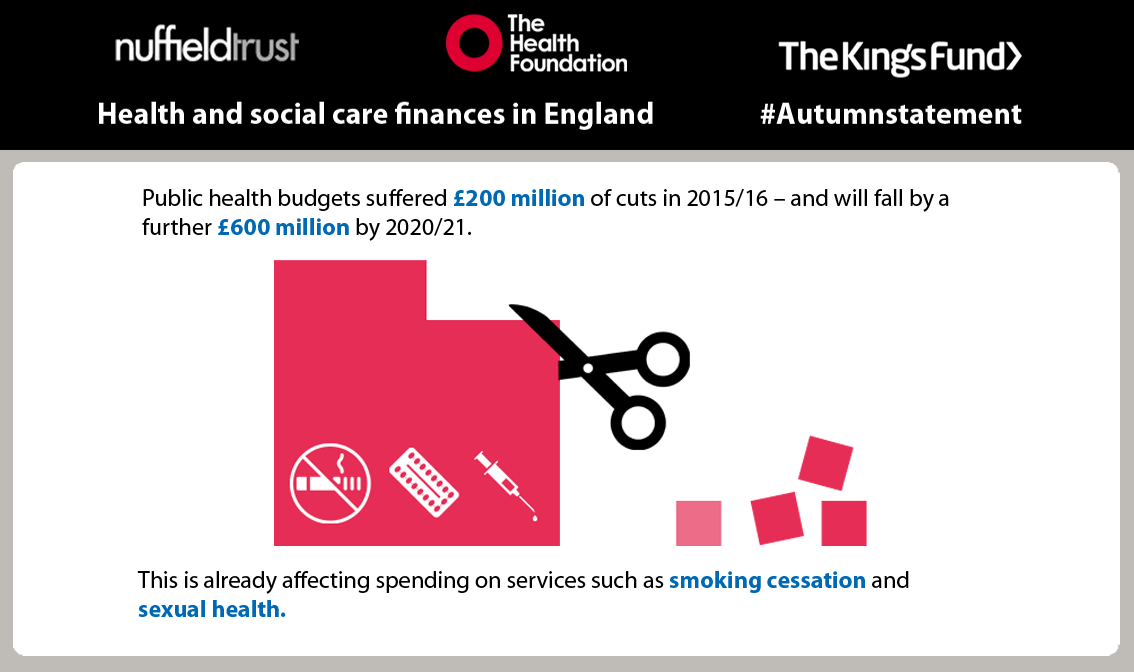 5. After six years of cuts to adult social care, 400,000 fewer people over 65 have access to council-funded social care. People on low incomes are the most likely to be missing out. 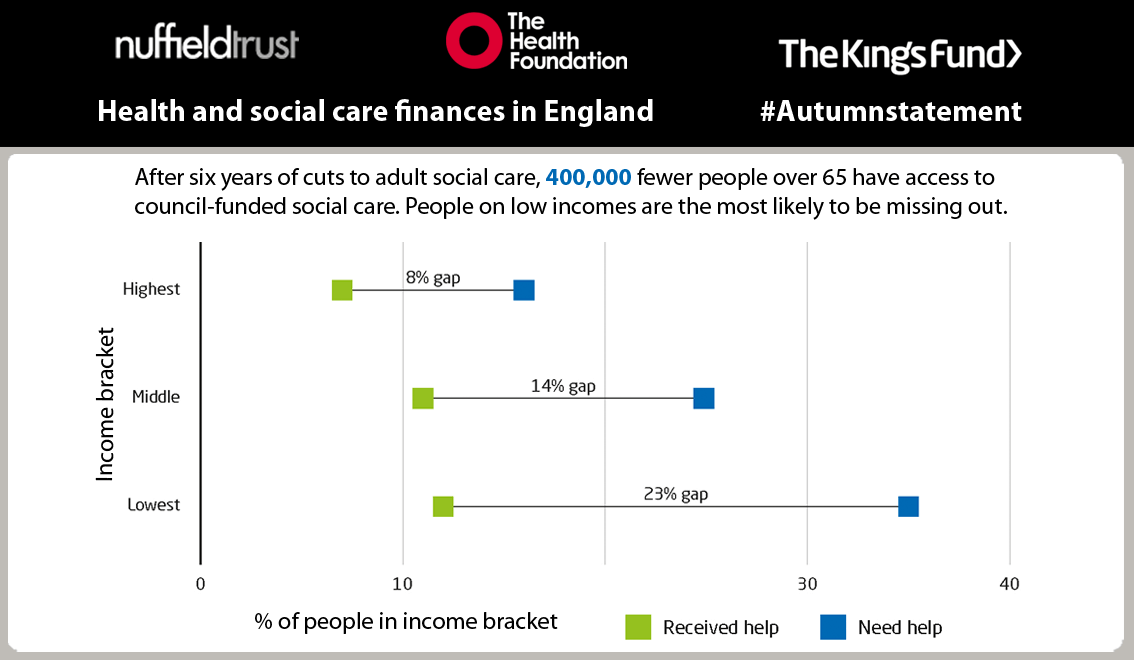 6. Social care spending will rise over the course of this parliament. But this is not enough to cover even the current overstretched level of services. 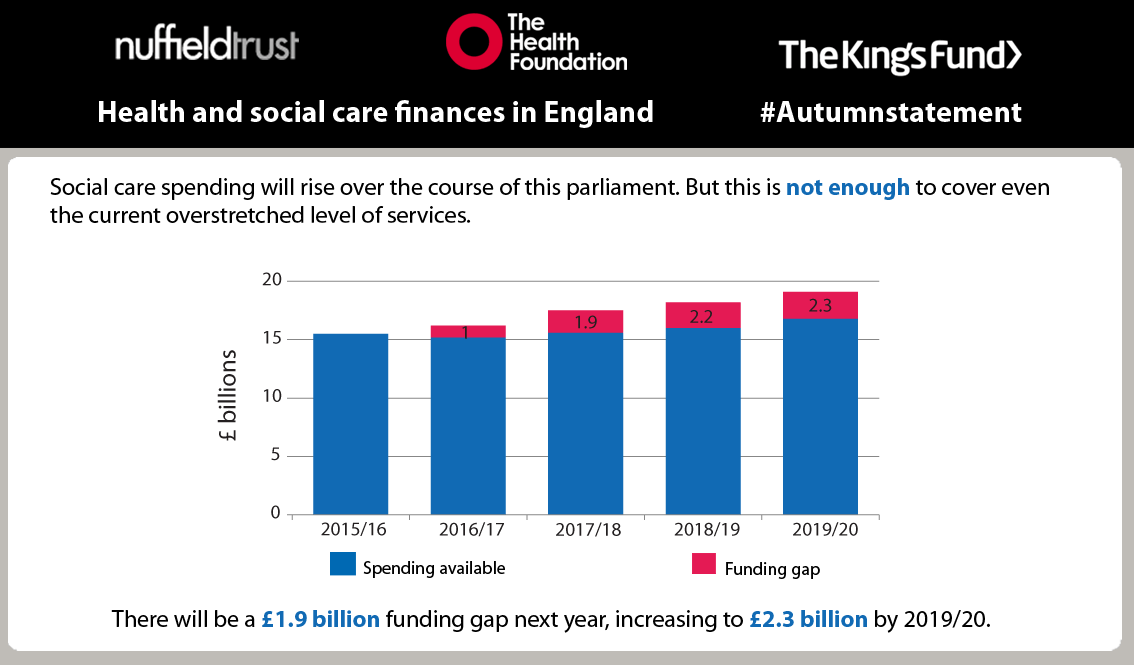 The King's Fund responds to the Autumn Statement

Richard Murray, Director of Policy for The King's Fund, comments on the Autumn Statement 2016.
Completed project

The Autumn Statement was announced on 23 November 2016. It was the current government's first major economic statement and has set the financial context in which the health and social care system will operate going forward.
Press release

Three leading health charities have issued a call for the government to address a £1.9 billion social care funding gap through the Autumn Statement.

Listening to the chorus of concern around social care

As we publish a joint statement on health and social care, Richard Humphries considers the rising levels of concern in the social care sector about funding and quality of care.

The Autumn Statement 2016: Joint statement on health and social care

In a joint briefing, The King's Fund, Nuffield Trust and The Health Foundation analyse the action the government needs to take in its Autumn Statement.

How might prospective changes to local government finance impact on health and wellbeing? Sally Warren considers how two changes will affect how local authorities are able to raise funds and meet the needs of their populations.