Our Chief Economist, John Appleby, cuts up the 'NHS cake' to show where all the money has gone.

The traditional complaint - not least from the NHS itself - used to be that the health service was underfunded.

For decades, compared with our European neighbours we spent less per head and less as a proportion of our wealth on health care.

Successive governments countered this in part by replying that the NHS was a particularly efficient system and so did not need to spend as much as the French or the Germans.

But all this changed in 2000 when Tony Blair committed his government to spend significantly more on the NHS; the goal was to match the average spend across the (old) European Union. And now, seven years later public plus private health spend across the UK is nudging close to 9.3% of GDP - a rise of over 2 percentage points. Indeed, since 2000, cash spend on the UK NHS alone has more than doubled - by around £55 billion.

The question now however is: what’s happened to all this money? Is the NHS a better health service? Is it carrying out more operations? And, crucially, is our health improving as a result?

Read the full article from Radio 4 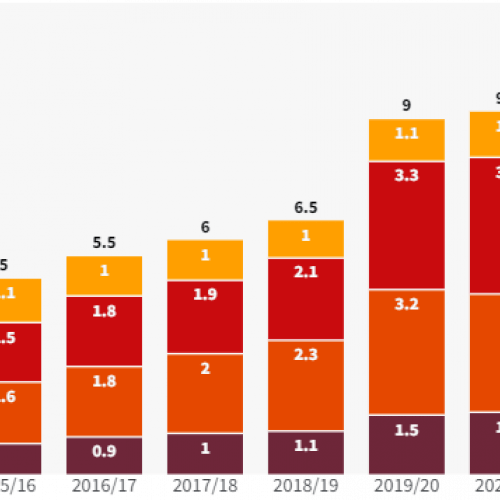 Health and social care in England: tackling the myths

The health and care system is under intense pressure and as a result, patient and public satisfaction with services has dropped significantly, prompting discussion about the future of services. In what can feel like a heated political discussion, we have taken five myths that sometimes feature in this debate and debunked them.
Press release

'While the pay uplift announced today is more than in previous years, and even with staff on lower pay grades getting a bigger boost, the majority of staff will be getting a below-inflation rise and that will leave many with a real-terms pay cut,' says Richard Murray, Chief Executive of The King's Fund.
Blog

Despite no big announcements on NHS spending, the Spring Statement did contain some details for the health service to pay attention to. Siva Anandaciva outlines how inflation, the health and care levy and aims to improve efficiency will all have an impact.