Between 2000 and 2010 the nursing and midwifery workforce in the NHS in England grew by 26 per cent, an average of 2 per cent per year, the result of a concerted effort to reverse nursing shortages in the previous decade by increasing training places, improving staff retention and active international recruitment (1).

However, the number of nurses on the Nursing and Midwifery Council’s UK register of all practising nurses, began declining in 2008 and continued to fall in the following three years, while the headcount of qualified nursing staff working in the NHS in England only began to reduce after reaching a high of 375,505 in 2009.

Number of nurses and midwives on the UK effective register, 2000-2010 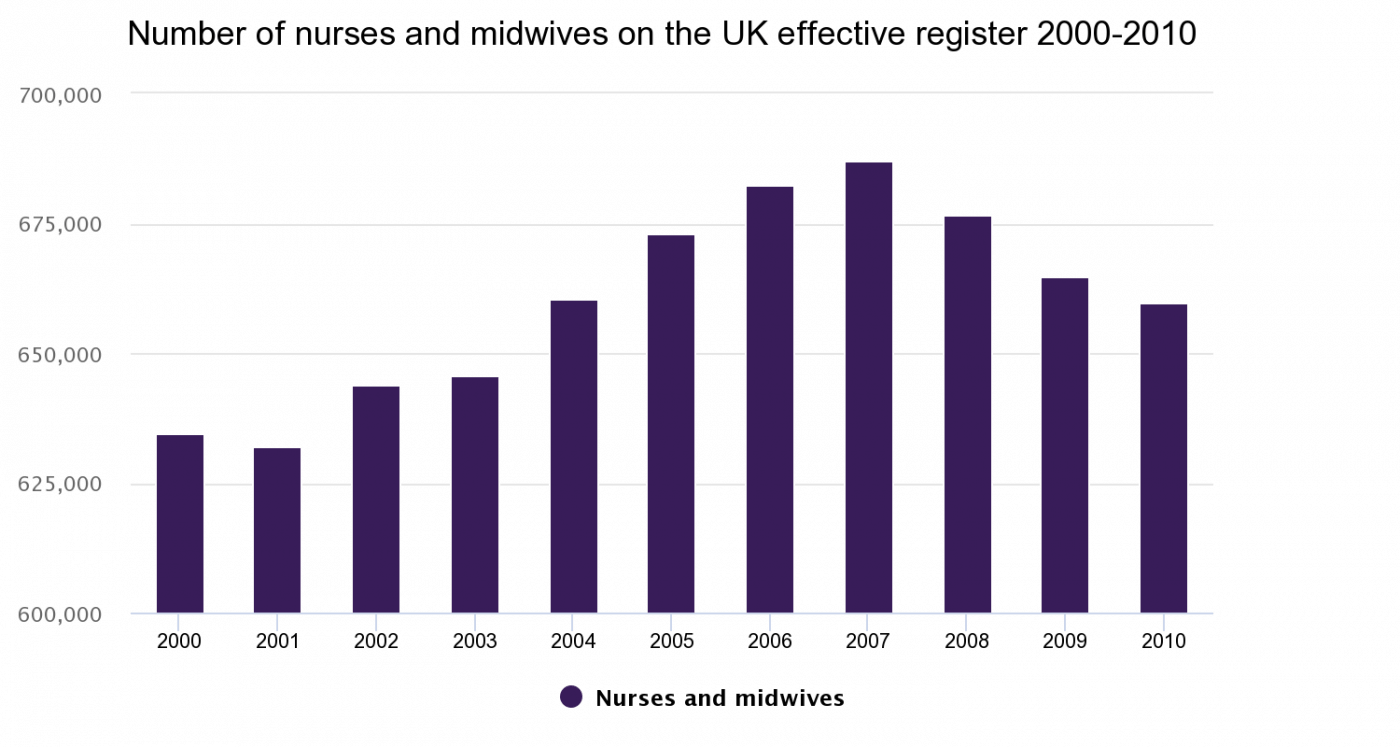 A number of factors could drive a mismatch between supply and demand for the non-medical and nursing workforce.

Age of the workforce

The number of training places in the allied health professions and pharmacy workforce is also being reduced in response to funding constraints – this may have an impact on the supply of staff in the next 20 years.

Demand for nursing and allied health professionals is expected to outstrip supply unless the number of training places is increased or recruitment outside the United Kingdom intensifies.

Future scenarios for the nursing workforce

The Royal College of Nursing has have developed a set of ‘what if?’ scenarios to model the effect of various changes on the NHS workforce in England up to 2021/22 (4).

The table below suggests that at current rates the nursing workforce will fall 12 per cent by 2021/22 (scenario A). At one extreme (scenario C) improved retention of existing staff and current rates of entry would increase staff numbers by 9.5 per cent.  At the other end of the spectrum (scenario H), higher retirement, more nurses leaving to work abroad, and reduced numbers of entrants would result in 28 per cent reduction in the numbers of nurses, 99,000 fewer nurses than in 2010/11. 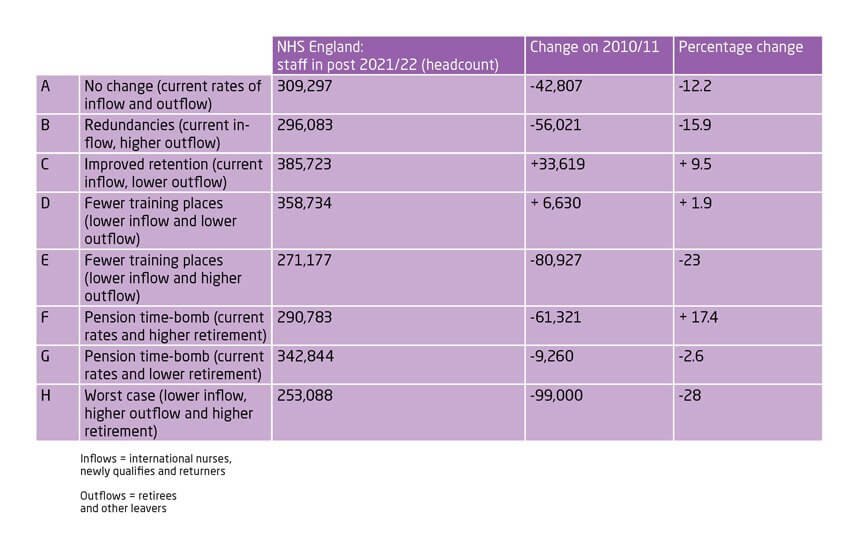