The British Social Attitudes (BSA) survey (2012) asks people to select a first and second choice from a list of areas of government spending to prioritise for extra spending; when first and second choices are put together, health is consistently the top priority. In the most recent survey, conducted in 2011, 68 per cent chose health as their first or second choice. However, this has declined from 80 per cent in 2000 (1).

Cost and availability of treatments

Data published by Ipsos MORI and the RSA in 2010 showed that 72 per cent of the public felt the NHS should provide all drugs and treatments, no matter what they cost. People also want to experience the same standards of public services regardless of where they live. The same poll showed that 73 per cent of the public agreed that treatments should only be available on the NHS if they are available to everyone and not dependent on where you live. It is interesting to note that when asked about different ways of lowering health care costs – the option of requiring patients to change their lifestyle before receiving treatment was thought to be acceptable by the majority of respondents from the UK (3).

When asked if they would be prepared to pay higher taxes in order to improve health care 'for all people in Britain', 38 per cent said they would be prepared to pay more, 26 per cent were neither willing nor unwilling, and 31 per cent would be unwilling (1). The BSA survey also found that the majority of the population support a tax-funded system available to all, with 73 per cent opposed to the idea of the NHS being 'available only to those with lower incomes'. However, nearly 44 per cent of the population is not confident that a model of health care 'funded by taxation and free to all' will survive (1).

While there is strong support for the NHS, general support for welfare provision is waning 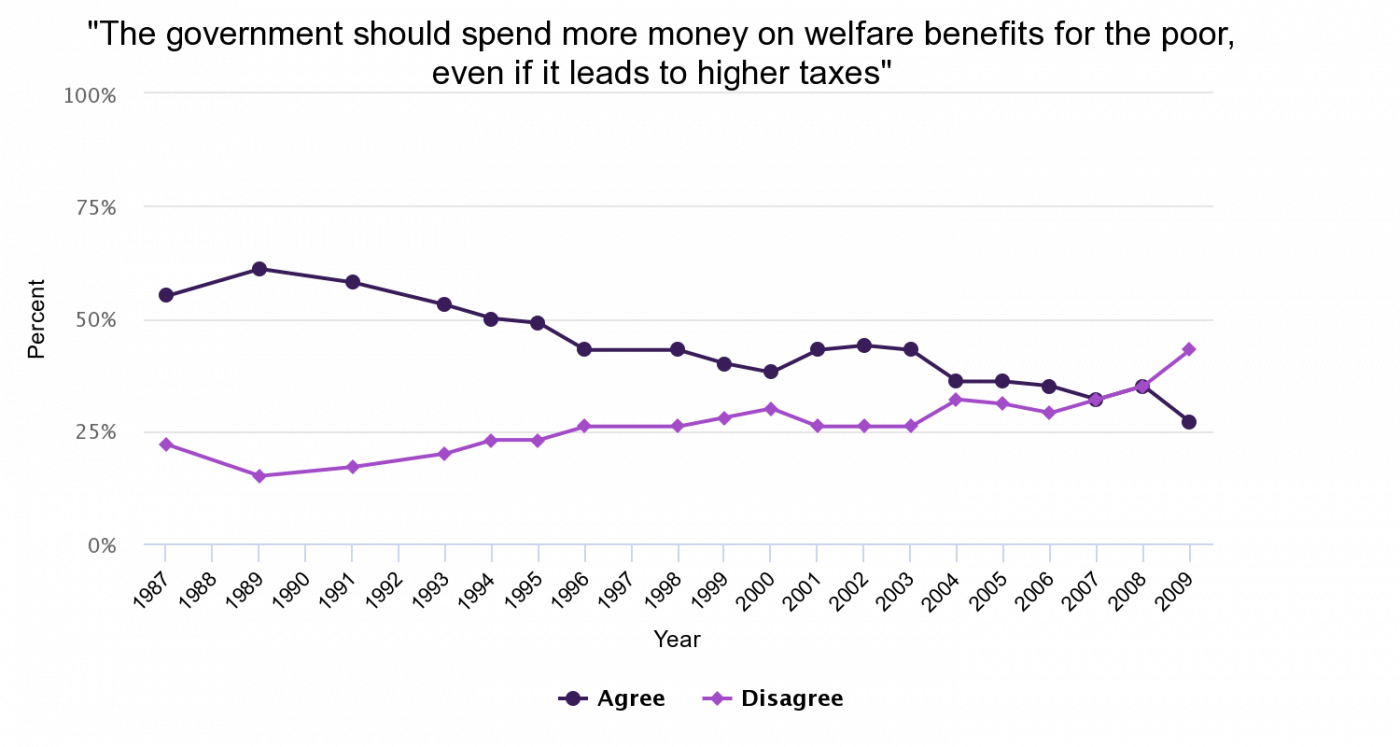 An Ipsos MORI poll (4) suggests that only one in twenty people personally used social services in the past year while, on average in the UK, each person will consult a GP around five times a year (5).

The low use and visibility of social care may account for the low percentage of adults prioritising social services as an area to be protected from funding cuts.

Less than a third of people aged 35-54 have made any financial preparation for the social services they may need when they are older. This is the age group that will be needing social care in 20 years' time (4).